On Thursday, Sept. 29, the State Board for Educator Certification (SBEC) held a work session to review data from year three of the edTPA pilot, hear from pilot participants and representatives from groups that work on educator preparation policy, and discuss performance assessment.

As background, SBEC passed a rule change earlier in 2022 that would have replaced the current EC-12 Pedagogy and Professional Responsibilities (PPR) exam required for standard and probationary certification with the edTPA performance-based exam. For a lengthier history on the edTPA pilot in Texas, see this Teach the Vote blog post. The edTPA exam requires candidates to collect multiple artifacts, including video clips of them teaching a lesson to students, which are submitted as a portfolio to Pearson, the entity that administers the assessment nationally.

The State Board of Education (SBOE) vetoed the SBEC rule change in June, sending the issue back to SBEC for a second try. ATPE joined numerous other stakeholders in opposing the edTPA certification exam rule change when it was before the SBOE. 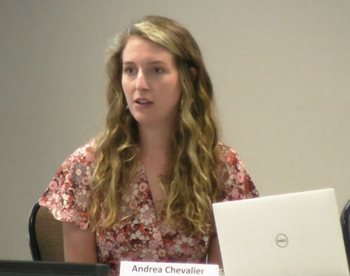 Following the SBOE veto, SBEC convened a July work session inviting various panelists to discuss options for performance assessments. The panel discussion focused on using performance assessment as either a component of educator preparation program (EPP) curriculum and training or as a certification exam. ATPE Lobbyist Andrea Chevalier represented major teacher groups as a panelist and stressed the importance of using performance assessments formatively as part of EPP curriculum and training. Panelists agreed that more time was needed to properly ascertain key issues in educator preparation and that edTPA as a required certification exam was problematic. Read more about the July work session here.

At the request of an SBEC member, the board engaged in another work session Thursday, Sept. 29, ahead of its regular meeting. Texas Education Agency (TEA) staff articulated in the beginning of the work session that the problem they’d like to solve is the inconsistency in preparation quality across Texas. They cited that 95% of teacher candidates pass their PPR, but that K-12 students are not similarly high-achieving. TEA shared three main goals, mostly centered on using certification as a lever to inspire change in educator preparation. SBEC Member Dr. Alma Rodriguez noted that certification is the result of preparation, and Member Dr. Andrew Lofters supported this argument by questioning whether the certification exam or the preparation was the core issue. Rodriguez also raised the findings of the Teacher Tipping Point, a report published by the University of Texas at Austin, that students taught by teachers prepared in alternative certification programs learned less than the students of those teachers prepared in universities.

TEA staff also shared an update on year three edTPA pilot data, which waas similar to previous presentations in that the data simply showed mean scores and participation in the pilot across candidate demographic groups during the three years of the pilot. Participation of white candidates in the pilot significantly dwarfs participation by Black and Asian candidates and there was great variation in scores for these less-represented groups. Although TEA shared promising trends in score increases across the years of the pilot, some characteristics of the pilot make the data unreliable, such as variation in demographic groups, low participation, and fact that some EPPs in the pilot either chose which candidates would complete the edTPA or allowed candidates to choose whether they would participate. It is also notable that some EPPs participating in the pilot received financial support as part of an “edTPA pilot support grant,” which helped them pay for its expenses, such as certification exam fees. 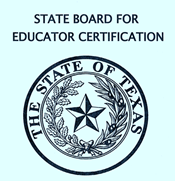 The edTPA pilot participants panel communicated some common themes. Engaging in the edTPA pilot allowed for greater collaboration among EPPs within a professional learning community of others implementing the exam and encouraged EPPs to analyze their problems of practice. The policy organization representatives agreed that there were issues to be solved in educator preparation, but only one, Cody Huie from the Charles Butt Foundation, focused on the unique “intern certificate” in Texas that allows candidates to become teachers of record in Texas public schools before completing much preparation. Huie estimated that 176,000 students were being “practiced on” by intern teachers, noting that this was “unethical” and recommending that SBEC address variability across EPPs by focusing their efforts directly on the intern certificate.

SBEC will discuss their work session takeaways and give TEA directions for moving forward at its regular meeting Friday, Sept. 30. Chevalier will testify to share the input and recommendations of the July work session panelists. Stay tuned to Teach the Vote for updates.