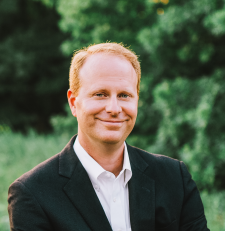 In the 2018 election, he was recommended favorably by Texans for Public Education, a grassroots educators' group that researched and rated candidates in the 2018 election based on their stances toward public schools.

Endorsed in the 2018 and 2020 general election by Texas Parent PAC, a pro-public education organization that advocates for adequate and equitable funding of public schools, local control, teacher quality, and the prevention of private school vouchers.

Not applicable for 2022; the candidate is not seeking re-election.

Did not respond to the 2020 ATPE Candidate Survey.

Below are the candidate's responses to the 2018 ATPE Candidate Survey:

1. If elected, what will your top priorities for public education be?

The upcoming legislative session will be critical for public education. As a state representative, I would prioritize supporting our public schools through better state-level funding, which will help ease the burden on local property taxpayers. In conjunction with this effort, the Legislature should undertake a long-overdue effort to revise and update the school funding formula elements and adjustments which are now out of date and lack a strong empirical basis. Finally, while respecting and honoring well-run private schools, I would also oppose efforts to use public funds for private school tuition.

2. Is there a need to increase state funding to meet the needs of our student population? If so, how would you recommend securing more revenue for public education?

Yes, Texas must increase its investment in public education. Texas is currently near the bottom of the state rankings in its level of per-student funding. And in recent years, the state's share of funding for public education has significantly decreased, and the Legislature has relied upon rising local school district property taxes to make up the difference. As a legislator, I would favor using part of our very large Rainy Day fund balance (now approximately $10 billion) and putting it toward public education. Recently announced surplus funds may also provide an opportunity to further support our schools. We should also bring the proportion of state versus local funding (which is currently in the neighborhood of 40% state, 60% local) back to where it was a decade ago (roughly 50/50). My work as an attorney for one of the major school district coalitions in the school funding litigation, which sought better funding for all Texas schools, impressed upon me the critical importance of adequate resources for public education. It also made clear to me the degree of the Legislature's recent failures to provide such funding. This would be a top priority for me as a legislator.

This is another area where the Legislature should make clear its support for teachers. In light of the Legislature's failure to keep teacher salaries on track with other professions and even with other states, Texas owes it to its teachers to increase its share of the cost of teacher health insurance.

4. Do you believe the Teacher Retirement System (TRS) should be maintained as a traditional defined benefit pension plan for all future, current, and retired educators, or do you support converting TRS to a defined contribution plan that is more like a 401(k) plan, in which future benefits are not guaranteed?

I believe TRS should remain a defined benefit plan.

5. What do you feel is the proper role of standardized testing in Texas's public education system? For instance, should student test scores be used for school accountability purposes, for evaluating teachers, for measuring student progress, etc.?

This is an area where we need to achieve a better balance. I believe in the importance of a strong statewide assessment and accountability system. But we should judge the success of our current systems year by year, and listen carefully to teachers, administrators, parents, and policy experts to gauge how our current regime is working and how it is not. I recognize the problems with excessive reliance upon standardized tests, with over-incentivizing "teaching to the test," and with attempting to comprehensively measure teacher performance based upon test results. I believe standardized tests are best used to give us a sense of where students currently are and how they have been progressing year-to-year – much like the National Assessment of Education Progress has been used for many years at the national level.

6. Would you support a state-funded across-the-board pay raise for all Texas classroom teachers?

I believe Texas classroom teachers should receive salary increases. This can be accomplished either at the state or local level. I support the principle of local control, and our system allows considerable deference to local school boards in determining their spending priorities. With good statewide accountability measures, school districts have incentives to use their operations funding well. I believe districts would use additional funding to keep salaries competitive to recruit and retain quality teachers, among other important priorities. I don't support unfunded mandates, so I do believe the state should provide funding for any required teacher pay increases.

7. To what extent should student performance determine teacher pay?

The use of student performance to determine teacher pay is a complex issue. Students' scores on standardized tests are a result of many factors beyond the quality of the classroom teacher, and a system that adequately adjusts for all that influences these results would be highly complex and difficult to administer for most districts. In addition, many subjects do not have standardized tests, and even in subjects that do have them, using them to determine teacher salaries risks creating an unduly competitive atmosphere among teachers. There are also many wonderful teachers whose contributions cannot be captured in a standardized test result. In deference to the principle of local control, I would allow districts that choose to do so to experiment in this area (and some have done so). But I don't believe we should have a statewide mandate to incorporate standardized test results into teacher evaluations.

8. Would you vote to create any type of voucher, tax credit, scholarship, education savings account, or other program aimed at paying for students, including any subpopulation of students, to attend non-public K-12 schools, such as private or home schools?

10. Current law allows school districts with accountability ratings of "C" or better to become Districts of Innovation (DOIs) and exempt themselves from many state statutes, such as elementary school class-size limits, requirements for hiring certified teachers, and more. Would you recommend any changes to the criteria for becoming a DOI? Would you place any limitations on the state laws that can be waived by DOIs?

While I support allowing local control and a healthy level of local experimentation, I am not persuaded that exemptions from elementary school class size requirements make sense. The research behind the effectiveness of smaller class sizes at the elementary school level is quite strong. I would want to look closely at the exemptions regarding teacher certification. I do not oppose the DOI concept, but I do believe we should have reasonable limits on the state laws that can be waived by DOIs.