Wrapping up the July TRS board meeting

The Teacher Retirement System (TRS) of Texas Board of Trustees met virtually last week on Wednesday through Friday, July 15-17, for its regular board meeting. In addition to other items, the board discussed the current financial market, TRS-Care and ActiveCare, the fiscal year 2021 budget and highlights of the preliminary legislative appropriations request, and updated considerations on TRS office space.

The official numbers for the trust fund through March 31 were presented to the board, but it was noted that those numbers are at this point significantly out of date. Staff went on to report that the market (as gauged by the S&P 500) has rebounded to approximately January 2020 levels, and they indicated that the TRS fund has tracked the market similarly. The benefit of the quick recovery of fund assets is that only a relatively small amount of assets had to be sold while prices were down to cover the cost of pension benefits paid out over that time frame. Longer recovery periods are by comparison much more detrimental to the fund because the period in which assets have to be sold at a reduced price, effectively locking in losses, is much longer. 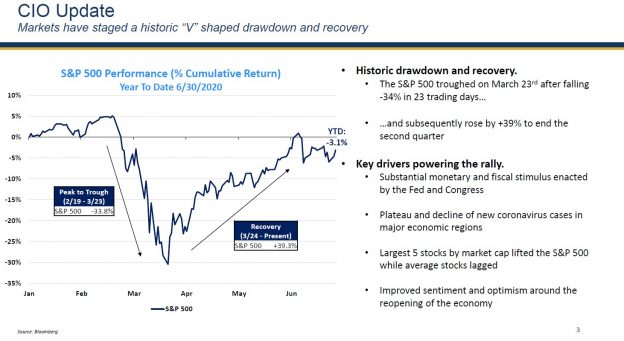 While the stock market and the TRS pension fund are relatively unscathed by the coronavirus pandemic for the moment, the state budget that relies largely on sales tax receipts and oil and gas severance taxes is in much worse shape. Due to this reality, state leaders called on all state agencies to cut their fiscal year 2021 budgets. Although the retirement system's operational expenses are paid out of the pension fund itself and not out of the state's general revenue, TRS still undertook the budget trimming exercise.

TRS staff presented the board with a proposed operational budget of $211 million for fiscal year (FY) 2021. This represents a 9% decrease from the FY21 target budget and a 6% decrease from the FY20 operational budget, which was $225 million. As part of the cost saving measures, TRS has instituted a hiring freeze through 2020 and a salary freeze through FY21. The agency has also cut the majority of outsourced funding going to vendors previously working on the data systems project dubbed TEAMS. The project will continue with the current number of in-house employees. TRS is also abandoning the effort to set completion dates on TEAMS benchmarks, as those dates have proven to be unrealistic and problematic.

In addition to next year’s budget, TRS staff also updated the board on the draft legislative appropriations request (LAR) the agency will present to lawmakers during the next legislative session. The agency's request will cover fiscal years 2022 and 2023. The request will ask for specific funding to cover the state's share of healthcare and pension costs, in addition to approval of the agency’s projected operational budget. TRS plans to ask for funding in the agency's LAR based on the increased state contributions to pensions and retiree healthcare that legislators ordered during the last session and considering standard payroll growth assumptions for teacher salaries.

The agency's LAR will also include a request for funding for 25 additional employees, or what are referred to as "Full-Time Equivalents" (FTEs). TRS staff had internally requested an additional 167 FTEs: 57 for the Investment Management Division (IMD) and 110 for the Benefits division. The 25 new FTEs in the agency's LAR will go to IMD as a part of a "growing the fleet" initiative. This initiative aims to save the pension fund money by reducing outsourced costs in a greater amount than the cost of the new salaries. The Benefits division will have no new FTEs included in the upcoming LAR.

Over the last 18 months, space planning has become a constant conversation at the TRS board level as issues over the short term plans to lease space for housing the IMD staff have transitioned into a broader conversation on longer-term space needs for all staff. TRS continues to move forward with the goal of having a solution for its long-term office space needs in place by 2025. A major priority of that push is to house all TRS employees in the same location and discontinue the practice of housing the IMD staff in separate leased space.

As with everything, the current coronavirus has impacted the discussion around TRS space planning. With declining real estate prices and new potential spaces opening up in downtown Austin, the agency has paused its negotiations to renew its lease at 816 Congress so as to assess if there are better options available. Unfortunately, while the current market may present an opportunity for savings as a tenant, it is creating a more challenging environment in which to sublet the TRS space in Austin's new Indeed Tower. The COVID-19 pandemic also has forced the agency to utilize remote working for a significant number of its staff for an extended time frame. Due to this change, TRS has revised its assumptions going forward on the percentage of staff who can work from home on a daily basis from 5% up to 25%. This change decreases TRS’s overall space requirements but also highlights a need for more collaborative space for staff who may usually work outside the office to come in and use. This also opens up the possibility that, with significant renovations, the agency's current Red River location could house all TRS employees on a longer-term basis. Such renovations might not be any less expensive than simply relocating the agency to a new location outside of downtown Austin.

Finally, nominations for an active member seat on the TRS board of trustees are currently underway. The nomination period began June 15 and will continue through January 25, 2021. Assuming there are more than three successful nominees, an election will be held from March 15 to May 5, 2021. The top three vote-earners from that election will be reported to the governor, who will appoint the new board member from among those three candidates. ATPE members interested in running for this TRS board position can contact the ATPE Government Relations team for more information.

Access board documents and archived video of the July meeting here on the TRS website. The next TRS board meeting will be held in September.