First, here are the candidates vying to become the new state representative for HD 118 with links to their individual profiles on ATPE’s nonpartisan Teach the Vote website: 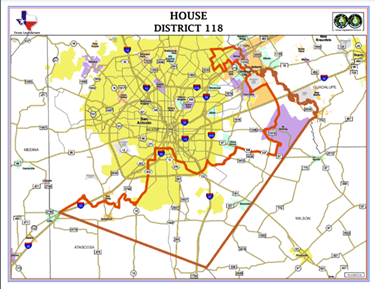 HD 118, which is outlined in red on the map shown here, is entirely inside Bexar County. (Click the map image to open a larger version or zoom in.)

For the Nov. 2 election, Bexar County voters can cast their general election ballot anywhere in the county. However, HD 118 residents can only vote for their next state representative if they go to a polling station located within the HD 118 boundaries (as shown on the map in red). Therefore, residents of HD 118 should plan to vote close to home.

Bexar County educators who have questions about how to properly cast their ballots in the upcoming election can contact the Bexar County Elections Administrator.

Election Implications for Public Education
Much like another special election recently held in HD 10, this race features a matchup between candidates with conflicting views on many public education issues, including private school vouchers.

The two political action committees backed opposing candidates in September’s HD 10 runoff, too, where fewer than 10% of that district’s voters went to the polls. Voter turnout for last month’s HD 118 election that preceded this runoff was only around 6.8%.

The persistent challenge of low voter turnout coupled with the potential for confusion around access to HD 118 ballots as described above makes this a close race to watch. With thousands of educators residing in the district, their decisions on whether to go to the polls for the Nov. 2 election could tilt the election in either direction. 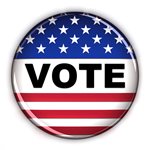 candidate and officeholder profiles for this district and others, including links to the candidates’ own websites, their responses to our candidate survey, voting records, and more.

To read more general voting tips for this election, check out this blog post from ATPE Lobbyist Andrea Chevalier.
Previous
Next