Want to shape the agenda? Participate in a party convention!

County conventions being held over the next two weeks will determine who gets to participate in each major political party’s state convention – where Republican and Democratic party platforms will be up for discussion. Other political parties are also meeting this spring and summer to flesh out their platforms and inviting their voters to weigh in. One of the best ways educators can help influence future legislation is by participating in the process through which their preferred political party defines its platform.

It’s important to note that party platforms are developed and approved by the most activist members of each political party, which means that they aren’t always in step with the values and priorities of the political mainstream. For example, the Republican Party of Texas has long included support of private school vouchers in its platform despite the fact that polling shows a majority of Texans oppose vouchers.

Party platforms have played an increasingly important role in setting the agenda for the Texas Legislature. Historically, the Republican party has held its members of the legislature to high levels of party loyalty, as evidenced by the censuring of former House Speaker Joe Straus (R-San Antonio) after he blocked the “bathroom bill” and by the consistent primary attacks against Republicans who oppose vouchers. The Texas Democratic Party has not enforced its legislative program in a similar fashion, in part due to its holding the minority in both the Texas House and Senate. However, Democrats in Arizona recently censured U.S. Sen. Kyrsten Sinema (D-Arizona) for straying from their party platform by blocking voting rights legislation in Congress. 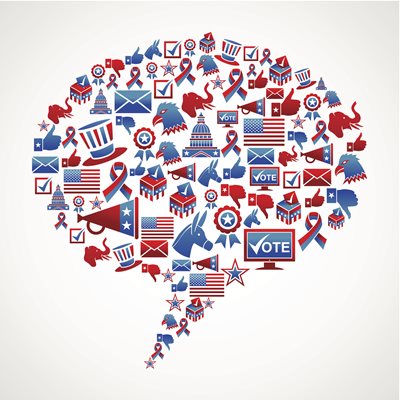 As we have written about on Teach the Vote, primary election ballot propositions often serve as the starting point for items on each party’s platform. In 2022, only the Republican party opted to put propositions on its ballot. It is typical for at least one, and often more, of these ballot propositions to pertain to public education. For instance, in the March 1 primary, 76% of Republican primary voters expressed support for the statement, “Texas should eliminate all property taxes within ten (10) years without implementing a state income tax.” Based on the outcome of votes on this ballot proposition, it is likely that Republican state leaders will expect lawmakers to pursue legislation relating to the elimination of property taxes. (Such a proposal, if enacted into law, could have a significant impact on public school funding, which legislators have made primarily reliant upon local property taxes, but ultimately it is up to the party to decide what makes it into the party’s platform and legislative priorities.)

In other words, the non-binding ballot propositions only offer guidance to the party’s leaders. The real work of adopting the party’s official platform and deciding its priorities for the next two years happens through conventions.

Each of the state’s political parties holds a state convention during even-numbered years. The main function of these conventions is to unify the party behind its nominees, energize activists, and make changes to the party platform.

In addition to the opportunity to influence the party platform, delegates to the county and state conventions can propose resolutions. Resolutions can be thought of as commentary on behalf of the party and can include memorializing past leaders or expressing disapproval of political opponents. Resolutions can also address specific issues, such as public education funding. Click here to read about how one public education advocate participated in the resolutions process and urged his party to support adequate funding of Texas public schools. Resolutions are often reviewed by a committee appointed by the party before they are put up for a vote by all the delegates attending the convention.

In order to become a delegate to your party’s state convention, you must typically participate in your party’s county convention first. Some parties also conduct precinct conventions, although they have become less common in recent years, especially once the COVID-19 pandemic made it difficult for voters to get together.

Your county convention is typically the first step in participating in a state convention, and in many cases, there is still time to get involved! If you’re interested, many county parties have a website with information about when, where, and how to attend (such as this one for the Travis County Democratic Party or this one for the Harris County GOP). You can find your Republican county party here and your Democratic county party here.

From applying to become a delegate or precinct chair to serving on committees and offering resolutions, there are many opportunities for educators to participate in the political process beyond simply voting in each election.