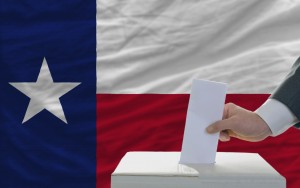 The back and forth over calls to expand mail-in voting peaked this week with a flurry of court orders, further confusing what has become a dramatic, partisan fight. One side of the debate believes voters should not be forced to risk their health and the health of their families in order to exercise their fundamental right to vote, while the other side argues there is too much risk of voter fraud to allow the expansion of mail-in balloting.

To bring you back up to speed, Texas faces several lawsuits by individual voters and interested organizations seeking to expand voting by mail. Because Texas law restricts mail-in voting to individuals who meet a narrow set of eligibility criteria, one of which is having a disability, many of the plaintiffs' arguments call for treating voters' health-related fears of exposure to the coronavirus as a disability. Governor Greg Abbott and Attorney General Ken Paxton are leading the fight against opening up voting by mail to those voters who fear contracting COVID-19 but may not otherwise qualify for a mail-in ballot. Many states, with Republican and Democratic governors alike, have already decided to expand voting by mail in light of the pandemic-related concerns.

The seesaw through the courts began with a state district court ordering, first, that all Texans who are concerned about contracting COVID-19 should be allowed to vote by mail. Last week, a state appellate court upheld that order. Appealing the ruling on behalf of the state, Abbott and Paxton echoed President Donald Trump's claim that expanding voting by mail would increase voter fraud, which many election experts say is "extremely rare" and preventable. The all-Republican Texas Supreme Court announced Friday the expansion of mail-in voting would be put on hold temporarily while it considers the case.

Health care professionals and institutions from around the state have since filed a brief to the Texas Supreme Court arguing that COVID-19 would almost certainly be spread at polling locations, even with protocols such as sanitizing voting machines and requiring PPE for in-person voting. According to the brief, "When the risk for injury to registered voters is so severe—potentially deadly—there is little to no benefit for in-person voting when a viable mail-in alternative is already available by statute."

The Texas Supreme Court heard arguments from both sides on Wednesday, May 20, and Paxton has asked the state's highest court to quickly issue a ruling.

Meanwhile, the dispute over mail-in ballots is simultaneously playing out in the federal courts, too. On Tuesday, May 19, a federal judge ruled on a similar lawsuit filed in U.S. district court, finding that the state's current restrictions on voting by mail violate the Equal Protection Clause of the U.S. Constitution and ruling that all registered voters in Texas could apply to vote by mail. Judge Fred Biery wrote in his decision, "The Court finds the Grim Reaper's scepter of pandemic disease and death is far more serious than an unsupported fear of voter fraud in this sui generis experience."

Paxton immediately appealed the federal judge's ruling to the U.S. Fifth Circuit Court of Appeals, which upon Paxton's request agreed on Wednesday, May 20, to temporarily stay Judge Biery's ruling while it decides whether to permanently overturn the decision.

Stay tuned to Teach the Vote for updates on the frequently changing status of this debate.