Wednesday, May 13, 2020, marked the deadline for candidates to file for the legislative seat recently vacated by former state Sen. Kirk Watson (D-Austin). 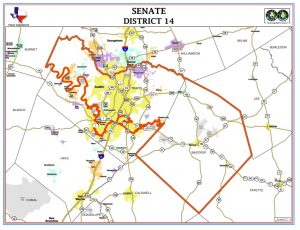 The Democrats vying for the reliably blue Senate District (14) seat based in Austin include state Rep. Eddie Rodriguez (D-Austin) and former Travis County Judge Sarah Eckhardt. The two Republicans who have filed are activist and former Austin city council member Don Zimmerman and attorney Waller Burns II, who does not appear to have a campaign website or social media presence. Libertarian Pat Dixon and physician Jeff Ridgeway, running as an independent candidate, have also filed for the seat.

The special election for the SD 14 seat is scheduled for July 14, which is the same day as the primary runoff elections. Gov. Greg Abbott (R-Texas) announced this week that early voting in these elections will be extended to June 29 from July 6. Voters are normally given only one week to vote early in the runoffs, but Abbott's order will extend that period to two weeks. The governor's stated reasoning is to enable greater social distancing for in-person voting.

Whether to vote in person or by mail has become a politicized and polarizing issue, unfortunately, with numerous local and state officials along with President Donald Trump weighing in on different sides of the debate. Voters who go to the polls in person may still be exposed to the risk of communicating the deadly COVID-19 infection, the number of confirmed cases of which have continued to increase in Texas at ever higher rates. While several other states, including states such as Kentucky and Alabama with Republican leadership, have expanded voting by mail options in order to protect their voters' safety, Gov. Abbott and state Attorney General Ken Paxton continue to resist efforts to expand voting by mail in Texas. 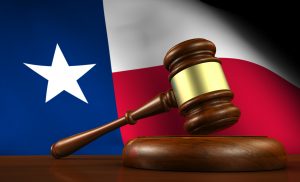 A state appeals court ruled Thursday that the state and counties must follow a district judge's order allowing all Texas voters to vote by mail if they are concerned about contracting COVID-19. Paxton has fought the order and this week asked the Texas Supreme Court to consider the case. Meanwhile, Paxton faces a new criminal complaint alleging he committed election fraud by sending a letter in which he warned counties to ignore the judge's order.

A coalition of voters and civil rights organizations filed another lawsuit in federal court this week seeking to loosen the restrictions on voting by mail. The League of United Latin American Citizens (LULAC) joined a separate federal lawsuit filed last month to expand voting by mail in Texas, arguing that the current laws discriminate against Hispanic voters.

While the political debate over voting by mail continues, polling suggests the overwhelming majority of citizens support expanding access to voting by mail. A Dallas Morning News/University of Texas poll last month found 58% of Texans support allowing any registered voter to mail in a ballot without need for an excuse, compared to 22% who opposed. A 56% majority support extending this ability to all future elections. According to a Wall Street Journal/NBC News poll, 67% of Americans support mail-in ballots for the November elections.