An important deadline is approaching ahead of the critical Nov. 3 election! Monday, October 5 is the last to register to vote if you are not already registered in the county in which you plan to cast your ballot.

Everyone, whether you think you are registered or not, should check their registration status NOW via the Texas Secretary of State (SOS) website. In order to check your status, simply click the link above and locate the section on the right hand side of the page that says "Login." Choose one of the three choices for identity verification: Voter unique identifier (VUID) and date of birth (DOB); Texas drivers license (TDL) and date of birth; or name, county, and date of birth. 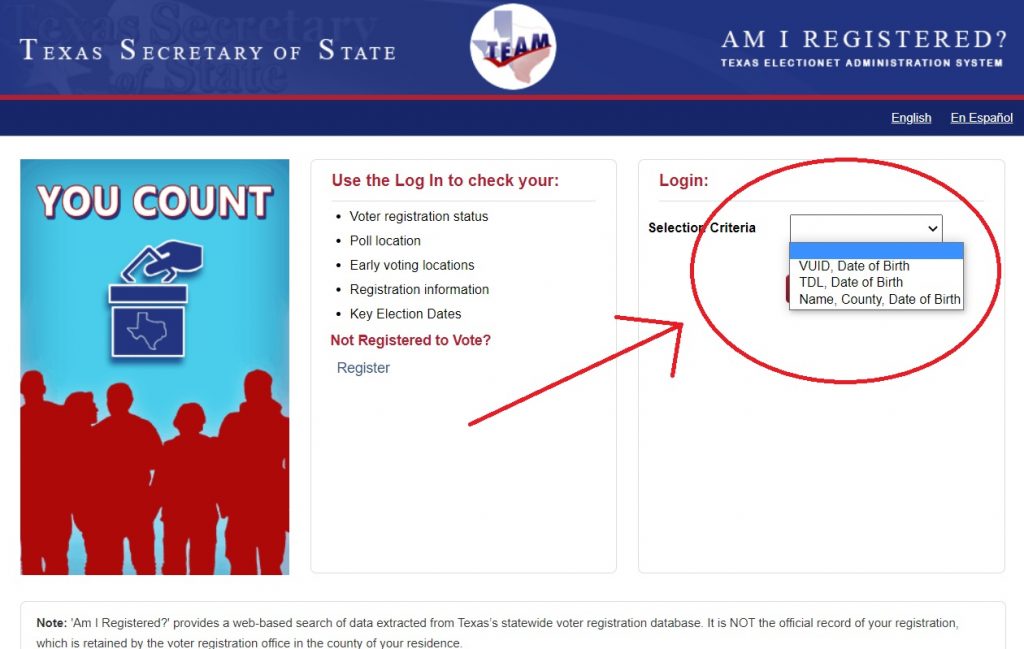 You can find your VUID on your voter registration card that you received from your county voter registrar, but the easiest option for many people may just be to use their drivers license and date of birth. Once you've entered your information and clicked "Submit," you will be taken to a second screen that displays your voter status. Look on the left hand side of the screen under the section labeled "Voter Information." Find where it says "Voter Status" to confirm your status. 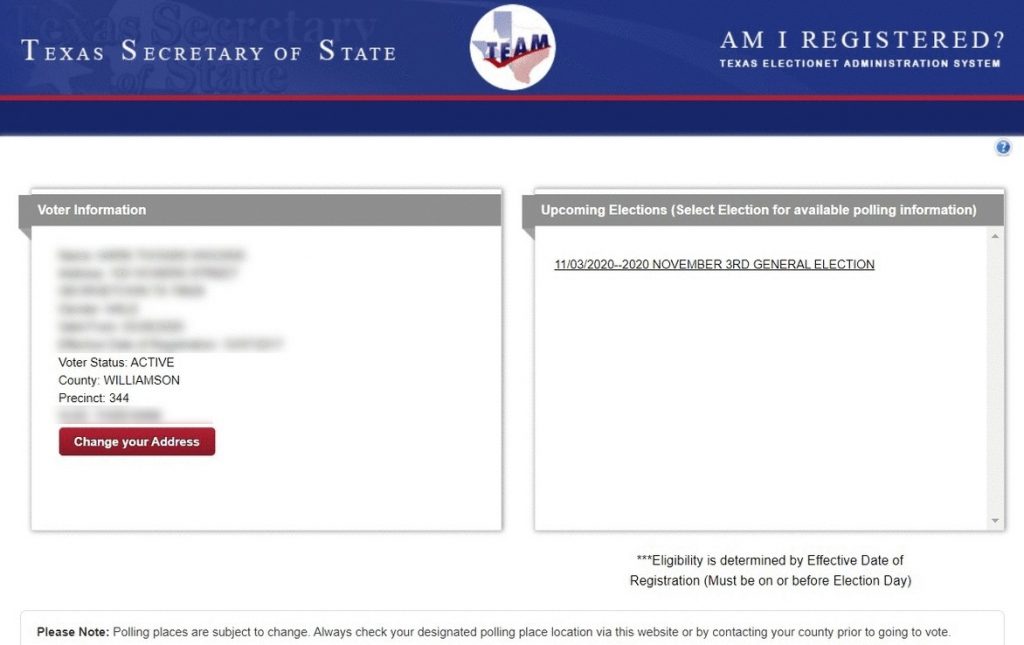 If you don't have access to a printer, you can also register directly through your county voter registrar. In most cases, the process is as simple as going down to the county offices and filling out a simple form. Whichever method you use, be sure that your ballot is delivered or postmarked by Monday, October 5!

As we previously reported, state Rep. Drew Springer (R-Muenster) and metroplex salon owner Shelley Luther will head to a special runoff election to represent North Texas in the Texas Senate after Tuesday's special election in Senate District (SD) 30. In the final tally, Luther led Springer by a microscopic margin of 32.17% to 31.93%, with just 164 votes separating the two. Gov. Greg Abbott will determine when to hold the runoff.

Gov. Abbott issued an order Thursday limiting counties to a single drop-off location for mail-in ballots. With a nationwide uptick in mail-in voting expected as a result of concerns over COVID-19 exposure, several cities have offered multiple locations for voters to hand deliver their mail-in ballot in order to reduce pressure on the postal service to deliver millions of mail-in ballots to county election officials on time. Harris County, which spans more than 1,700 square miles and is home to 2.4 million registered voters, offered a dozen locations for voters to drop off mail-in ballots. Travis County, which is home to more than 700,000 voters spread across 1,000 square miles, offered four locations. Gov. Abbott's order limits each county to a single location regardless of size, citing an effort to "strengthen ballot security protocols."

The governor did not describe how decreasing the number of drop-off locations would strengthen security protocols, and Travis County Clerk Dana DeBeauvoir called the move "a deliberate attempt to manipulate the election." Despite the spread of misinformation regarding the security of mail-in voting, every study conducted thus far has affirmed that widespread voter fraud does not exist.

More than 73 million people tuned in to watch Tuesday night's debate between President Donald Trump and former Vice-President Joe Biden. It was the first of three debates the campaigns have agreed to, in addition to one debate between vice-presidential candidates Mike Pence and Kamala Harris. The rest of the schedule is as follows:

That means the last two presidential debates will happen while Texans are casting their ballots. Early voting in Texas begins Oct. 13 and runs through Oct. 30. Gov. Abbott extended the normal two-week early voting period to three weeks in order to facilitate better social distancing at polling locations. But it won't do you any good if you're not registered to vote. Check your registration today!