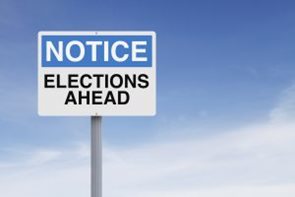 Early voting in the 2020 Texas primary elections begins next Tuesday, Feb. 18, 2020, which is also Educator Voting Day. In Texas election news, a new wave of candidate endorsements that may be of interest to educators were announced this week.

Texas Parent PAC is endorsing at least two candidates who are challenging incumbent legislators. Robert Hoskins is facing Rep. Briscoe Cain (R-Deer Park) in the House. Ruben Cortez, currently serving on the State Board of Education, is challenging Sen. Eddie Lucio, Jr. (D-Brownsville) for a Senate seat. Both races have attracted media attention recently. As the Houston Chronicle reported, Hoskins has the support of nearly all the local officials in his suburban Houston district, while a handful of state representatives from other districts have been stumping for Cain. Meanwhile Sen. Lucio's office was the site of protests this week by progressive activists who are unhappy with the senator's voting record, as reported by KGBT.

The Austin American-Statesman endorsed Rep. Erin Zwiener (D-Driftwood) and Republican candidate Bud Wymore in the HD 45 Democratic and Republican primaries, respectively. The newspaper also endorsed Jenny Roan Forgey for the Republican nomination in HD 47, which is held by Rep. Vikki Goodwin (D-Austin), and recommended Jenai Aragona-Hales in the Republican primary for HD 49, a seat held by Rep. Gina Hinojosa (D-Austin). While Hinojosa's seat is safely Democratic, Zwiener and Goodwin both managed to flip seats in 2018 that were previously held by Republicans.

Earlier this week, new Gary Gates (R-Rosenberg), Lorraine Birabil (D-Dallas), and Anna Eastman (D-Houston) were sworn into office as new state representatives for House Districts 28, 100, and 148, respectively. All three won special runoff elections in late January and are on the ballot in 2020 vying for a full term.

In federal election news, the Texas Tribune reported Democratic presidential hopeful Pete Buttigieg announced plans to employ 24 staffers in Texas after strong finishes in Iowa and New Hampshire. Michael Bloomberg, Elizabeth Warren, and Bernie Sanders all have staff working in Texas ahead of the March 3 primary on "Super Tuesday."

With early voting just a few days away, it's important to remember that elections are decided by who shows up! Check out the election-related resources from our coalition partners over at Texas Educators Vote, including text message reminders when an important election is coming up. You can also research candidates in your own local races here at Teach the Vote. Please make plans to vote next week, and encourage your family and friends to do the same!