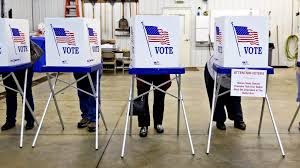 The coronavirus outbreak is affecting everything in Texas, including upcoming municipal elections. These elections for important local positions were originally scheduled for May 2, 2020, but Gov. Greg Abbott this week recommended local political subdivisions postpone their elections until the November 3 general election. The recommendation comes after the U.S. Centers for Disease Control (CDC) issued guidelines recommending social distancing and avoiding gatherings of more than 10 people.

The Office of the Texas Secretary of State issued a memo this week explaining the process. The May 2 elections are only for local ballot measures and races, such as for city council, school board, or county offices. According to the secretary of state, if a municipality opts to postpone its election to the fall, local elected officials currently in office there would continue to exercise their official duties until after the November uniform election date. The postponement does not reopen candidate filing, so new candidates can't suddenly enter these races. This also means that candidates on the ballot for May 2 who have filed for a separate race on the November ballot could be on the ballot twice. If a candidate were to win both positions, they would be required to resign one and trigger a new election to fill the vacated position.

The governor set a July 14 date for a special election to fill the open seat of retiring state Sen. Kirk Watson (D-Austin) in Texas Senate District (SD) 14. Candidate filing will run from April 29 to May 13. Currently, state Sen. Eddie Rodriguez (D-Austin) and Travis County Judge Sarah Eckhardt have announced plans to run. A number of local city council members have also expressed interest in the race.

Citing concerns over the ability of Texans to be able to participate in a meaningful election during the coronavirus oubreak, the Texas Democratic Party has called for both the May 2 and May 26 elections to be conducted entirely by mail. The League of Women Voters of Texas has asked the governor to promote mail-in ballots already allowed for those over the age of 65, as well as early voting to reduce crowds.

The outbreak will also impact the scheduling of local and statewide party conventions. The Republican Party of Texas announced plans to postpone to July 13 its state convention originally scheduled for mid-May. Party leaders at the local level are also being encouraged to postpone county and senatorial district conventions. The Texas Democratic Party is considering holding its June convention online.

Stay tuned to Teach the Vote for updates on any additional changes that are made to election plans here in Texas. For general information about the new coronvirus, visit ATPE's resource page at https://www.atpe.org/en/coronavirus.