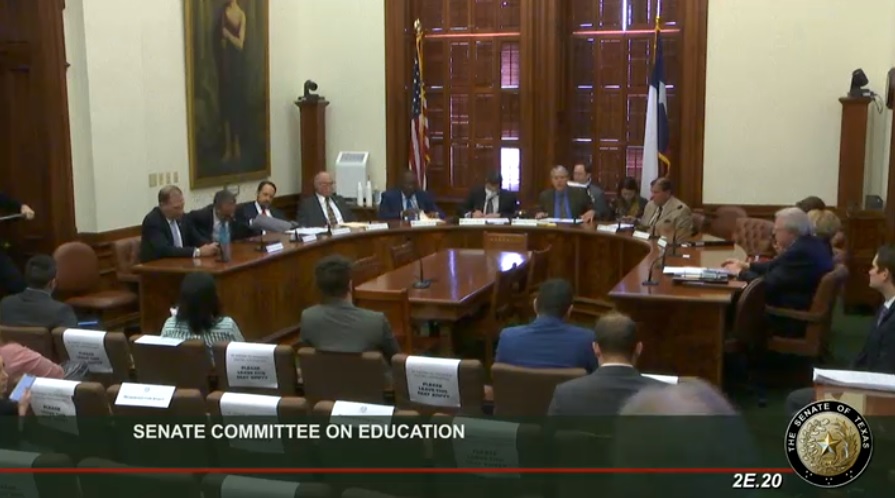 The Senate Education Committee voted Tuesday, May 11, to advance a school finance “cleanup” bill that contains some controversial new language, as well as to revote a school voucher bill.

Committee members voted to approve House Bill (HB) 1525 by Rep. Dan Huberty (R-Humble), which is a cleanup bill for his school finance reform bill, HB 3, passed by the 86th Texas Legislature in 2019. The bill was considered today in lieu of the companion Senate Bill (SB) 1536, which was heard by the committee in April.

At more than 30 pages, the latest version of the bill contains several changes that raised concerns for ATPE and for members of the committee. Among other things, the bill would beneficially extend the timeframe for educators to complete reading academies by one year. Yet it would also grant the commissioner of education significant and worrisome authority over decisions regarding how to fund school districts.

Sen. Jose Menendez (D-San Antonio) raised a concern over whether the bill would ensure that increases to teacher compensation under last session’s HB 3 would be maintained going forward. Chairman Larry Taylor (R-Friendswood) suggested that funding would not go away.

Sens. Menendez and Beverly Powell (D-Burleson) voted against the bill. Sen. Royce West (D-Dallas) registered himself as “present not voting,” citing confusion over how funding would impact Dallas ISD under the bill.

The Senate Education Committee also reconsidered the vote on an ATPE-opposed school voucher bill, SB 1968, due to a procedural error. This time, members approved the bill on a vote of 7-4.

We have GOT to get someone to run against Hughes! I am a registered independent, but thank God for the Democrats in the Senate!