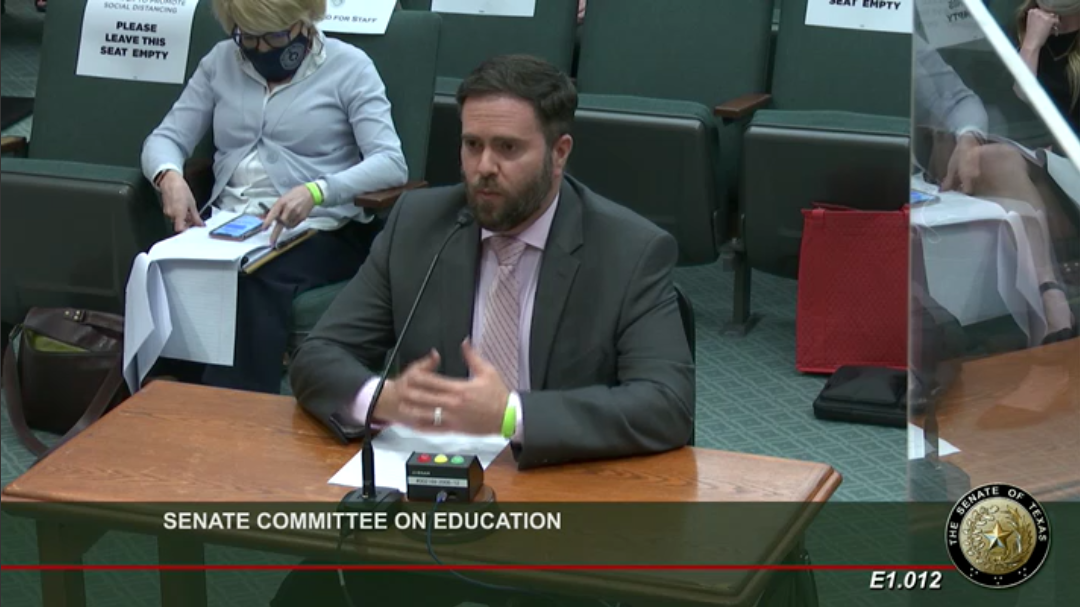 The Senate Education Committee met Thursday to discuss a virtual voucher that would expand full-time virtual schools in Texas.

Senate Bill (SB) 27 by Chairman Larry Taylor (R-Friendswood) would create a statewide system of full-time virtual schools operated by school districts and charter chains. ATPE Senior Lobbyist Monty Exter testified in opposition to SB 27, pointing out the dangerous situation that would be created by the expansion of full-time virtual programs.

Texas Education Commissioner Mike Morath has repeatedly told legislators that remote instruction during the COVID-19 pandemic has resulted in millions of Texas students falling behind – so much so that the commissioner told the State Board of Education (SBOE) on Wednesday that catching students back up to grade level will require a multi-year investment of state resources.

SB 27 would laudably create an accountability system for virtual curriculum providers, which is currently absent and sorely needed. Under the current landscape, it is difficult to track out-of-state companies that provide the curriculum virtual programs purchase and deliver to students. While ATPE appreciates this portion of the bill, it should be passed as standalone legislation and policymakers should be given time to evaluate the results.

The committee also heard testimony on the following bills:

The committee voted to advance the following bills: