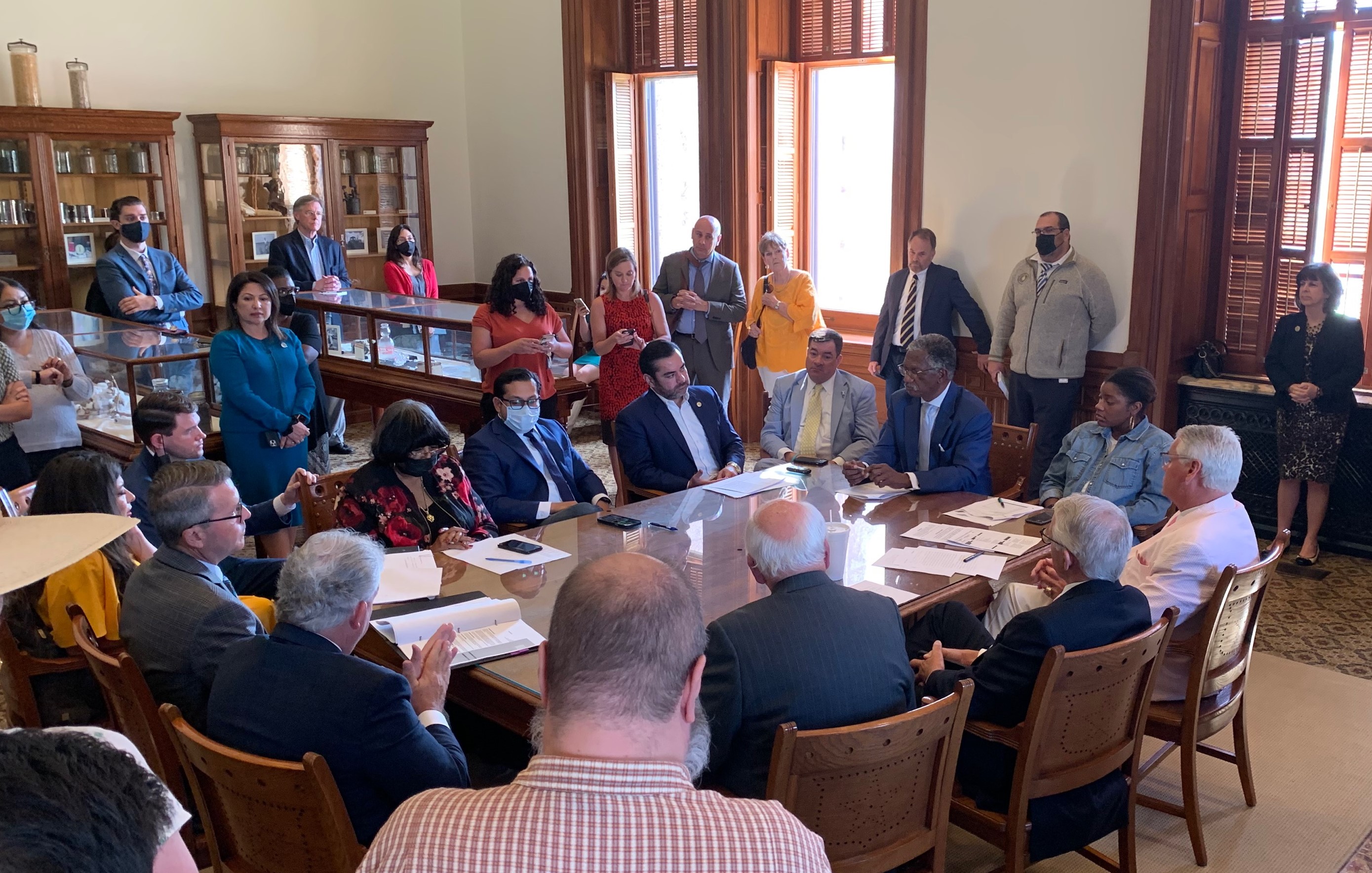 Chairman Harold Dutton presides over a formal meeting of the House Public Education Committee as other legislators, SBOE members, stakeholders, and reporters observe at the Texas State Capitol, Tuesday, Aug. 31, 2021.

After the Texas House Public Education Committee held a late-night hearing Monday, Chairman Harold Dutton (D-Houston) hastily called the committee back together Tuesday afternoon, August 31, 2021, for a formal meeting to vote on pending bills. One highly controversial bill regarding civics and social studies curriculum advanced on a party-line vote, while other contentious bills did not get a vote.

First, the HPE committee voted unanimously on Tuesday to send Senate Bill (SB) 9 by Sen. Joan Huffman (R-Houston) to the full House. The bill calling for student instruction on child abuse and domestic violence prevention revives similar legislation that was vetoed by Gov. Greg Abbott during the regular session. SB 9 adds a provision requested by the governor to let parents opt their children out of the instruction.

Later, the committee voted 7-5 to send SB 3 by Sen. Bryan Hughes (R-Mineola) to the full House. Apart from Rep. Terry Meza who was absent, all Republican members of the committee voted for the bill, while all the Democratic members voted against SB 3. The bill proposes changes to the law enacted by House Bill (HB) 3979 during the regular session, which has been described by some as a ban on the teaching of “critical race theory,” despite making no mention of that phrase in the bill.

HB 3979 takes effect tomorrow, September 1. In its current form, the law calls for the State Board of Education (SBOE) to place numerous topics into the social studies curriculum standards and places restrictions on how teachers can discuss current events in the classroom. ATPE opposed HB 3979, arguing the SBOE should make determinations, with educator guidance, on the content of the Texas Essential Knowledge and Skills (TEKS), and expressing concerns about the pedagogical restrictions for teachers. ATPE Managing Attorney Paul Tapp explored some of the problems created by the new law and fielded many questions from teachers in a webinar Tuesday afternoon.

Gov. Greg Abbott asked legislators in both of this summer’s special sessions to revisit HB 3979 and adopt language that was preferred by the Senate, removing much of the additional content that House members added to the bill during the regular session. SB 3, which ATPE also opposes, repeals a lot of the new law enacted by HB 3979 but replaces it with very similar language. It would still require the SBOE to place certain content in the TEKS, although omitting several subjects and historical figures that the House placed in HB 3979, and it continues to limit how teachers can address any “controversial issue of public policy or social affairs” in classroom discussions. SB 3 also calls on the Texas Education Agency (TEA) to train certain social studies teachers on how to implement the new law.

Interestingly, SB 3 was scheduled for a public hearing last week, but it was pulled from the agenda at the last minute as the committee opted to hear testimony instead on another related bill, HB 28 by Rep. Steve Toth (R-Conroe), a bill that ATPE also opposes. Read more about HB 28 in this blog post. Rep. Toth was among the crowd who gathered to watch Tuesday's committee votes, along with other legislators, SBOE members, education lobbyists, and reporters. 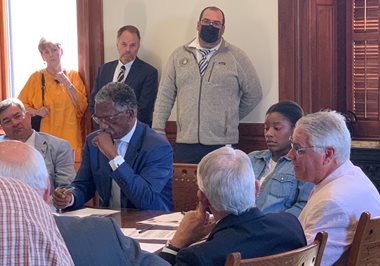 The decision to put SB 3 up for a committee vote Tuesday afternoon surprised many – including some committee members who wanted to spend more time modifying the language of the bill before sending it to the House floor. Requests to delay the vote came from both sides of the aisle, with Rep. Dan Huberty initially suggesting the committee could postpone its vote until Wednesday to allow amendments to be perfected, and others like Rep. James Talarico calling the bill “a mess” that should not move forward. Committee Vice Chairman J.M. Lozano expressed concern that a delay might kill the legislation, and Rep. Ken King said he would support moving the bill forward immediately with Rep. Huberty’s pledge to keep working on amendments. Huberty indicated a floor amendment will be offered before SB 3 is put to a vote by the full House at some point this week.

Another controversial bill discussed Tuesday was SB 2 by Sen. Charles Perry (R-Lubbock), which would restrict the participation of transgender students in certain UIL athletic events. The bill appeared headed for a favorable committee vote after members amended it to delay its implementation by one year and study its potential impact in the meantime. Ultimately, Chairman Dutton adjourned the meeting without putting SB 2 to a vote, saying he would “take the heat” for that decision. Dutton was widely criticized during the regular session for bringing an identical bill back for a second vote in his committee after it had failed once. That bill never made it across the finish line in the regular session, prompting Gov. Abbott to put it on the special session agendas, too.

Noticeably absent from the committee action Tuesday was any legislation regarding mask mandates in public schools. As ATPE Lobbyist Andrea Chevalier reported earlier today on our blog, Monday night’s HPE Committee meeting focused heavily on two proposals regarding school district mask policies. Chairman Dutton’s HB 164 as filed would give school districts discretion to adopt local policies on masks, while HB 141 by Rep. Jeff Leach (R-Plano) calls for a statewide prohibition on any local policy requiring students to wear face masks. Dutton indicated Monday night that he believed he and Leach were in accord as to the goals of their legislation and would work on compromise language. At the start of the Tuesday afternoon meeting, however, the chair announced there was not yet an agreement between the two.

With the final days of the second special session winding down, stay tuned to Teach the Vote and follow us on Twitter for the latest developments.