FEDERAL: The U.S. Department of Education announced positive changes this week to the Public Service Loan Forgiveness (PSLF) Program for borrowers who have worked full-time in public service and made payments on their loans for 10 years. The relaxed rules allow school workers and other eligible public servants to consolidate various federal loans over the next year, including loans previously ineligible, to qualify more quickly and easily for forgiveness of their debt. Read more about the changes in this blog post from ATPE Lobbyist Andrea Chevalier. 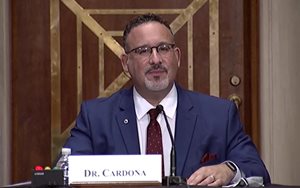 U.S. Secretary of Education Miguel Cardona traveled to Texas this week to discuss the Biden administration’s plans to support public education through the Build Back Better agenda. Cardona first visited Pharr-San Juan-Alamo ISD in the Rio Grande Valley for a tour of PSJA Early College High School and then held a roundtable discussion at the University of Texas Rio Grande Valley. The secretary concluded his tour in San Antonio with another roundtable discussion in Edgewood ISD. The secretary touted the administration’s efforts to include funding for pre-K and community college under the infrastructure bill currently being debated in Congress.

SESSION: As redistricting continues to be the main focus of the Texas Legislature, the House and Senate education committees have yet to meet. However, the House Select Committee on Constitutional Rights and Remedies met Wednesday to hear House Bill (HB) 25 by Rep. Valoree Swanson (R-Spring), which restricts student access to University Interscholastic League (UIL) activities based on their biological sex. HB 25 received hours of testimony before the committee ultimately approved it. Now the ATPE-opposed bill awaits placement on a House calendar before it may be considered by the full chamber. The Senate has already passed a companion bill, Senate Bill (SB) 3 by Sen. Charles Perry (R-Lubbock), on Sept. 22. For more on the legislation, check out this article from the Texas Tribune. 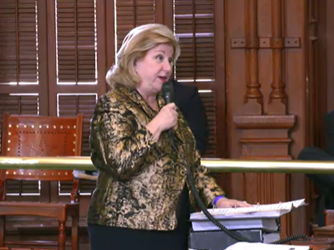 Another education-related item on Gov. Abbott’s call for this special session — legislation prohibiting vaccine mandates by governmental entities — has yet to be considered in either chamber. 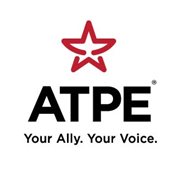 SHOOTING: ATPE released a statement Wednesday following a shooting at Timberview High School in Mansfield ISD. ATPE Executive Director Shannon Holmes said, “We are saddened to hear of yet another shooting in a place that should be the safest and most welcoming - the public school." Holmes thanked the Mansfield ISD staff and law enforcement who intervened quickly and added that ATPE will “continue working with school leaders and lawmakers to ensure all educational settings are safe and secure environments where students, school employees, and volunteers can be productive.” Two teachers and two students were injured in the incident, which has reportedly been tied to a fight between students and prior bullying complaints, but there were no fatalities.

SBEC: The State Board for Educator Certification (SBEC) met last Friday, Oct. 1. Among its actions was the advancement of an ATPE-supported proposal to give educators more flexibility and consideration in contract abandonment cases. Read ATPE Lobbyist Andrea Chevalier’s blog post from earlier this week for a full recap of the SBEC meeting and ATPE’s testimony.

SOCIAL SECURITY: As we mentioned last week, U.S. Congressman Kevin Brady (R–Texas) and U.S. House Ways and Means Committee Chairman Richard Neal (D–Mass.) are seeking personal stories from educators about how the Windfall Elimination Provision (WEP) has affected them. Share your input on the Social Security offset via email at WEP.feedback@mail.house.gov.

CHARTERS: ATPE joined with 20 other education organizations this week in submitting formal comments to the Texas Education Agency (TEA) on its proposed changes to the state's Charter School Performance Framework (CSPF). The framework is required by statute and serves to provide information about charter school performance and other factors that drive policymaking decisions related to charter shcools. Read the Oct. 4 comments here.

RELATED: Texas Monthly writes about charter school expansion in a new article by Bekah McNeel published Wednesday. Echoing debates of the 2021 regular legislative session in which ATPE lobbied to preserve voter accountability and regulatory oversight of charter schools, the article points out how charter school chains have been allowed to expand throughout Texas in an expedited manner. Though the elected State Board of Education

must approve initial charter applications, the gubernatorially appointed commissioner of education can allow existing charters to expand and multiple. As noted in the article, 29 new charter applications have been authorized since 2015, but Education Commissioner Mike Morath has permitted those 29 charters to open a whopping 586 campuses. Read the full feature article here.