The clock is ticking in the Texas Legislature, where work continues this weekend as key session deadlines quickly approach. ATPE urges educators to contact their lawmakers about bills being debated this weekend. ATPE members can visit Advocacy Central to send messages to elected officials and track the status of any bill. Read the latest developments from the ATPE Governmental Relations team:


TEXAS SENATE: The pace has picked up dramatically in the Senate, where bills can be brought up for a floor vote with fewer delays than before, due to procedural changes that take effect in these final days of the session. The Senate has several big education bills on its calendar that could come up for a floor vote today. These include House Bill (HB) 547 by Frank (R-Wichita Falls), giving home-schooled students access to UIL, which ATPE opposes because it is unfair to students and imposes an unfunded mandate on school districts. Read ATPE's reasons to oppose HB 547 here. A controversial social studies curriculum and pedagogy bill, HB 3979 by Toth (R-The Woodlands) is also on the calendar for a Senate floor vote and likely to be debated tonight. 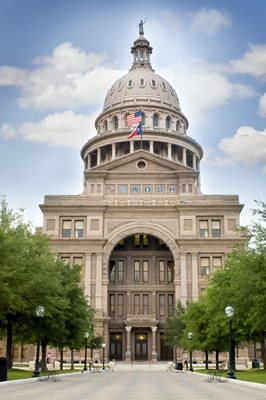 Appearing to be on a fast track to the Governor’s desk, the ATPE-opposed HB 3979 was hastily approved by the Senate State Affairs committee earlier this week after the committee initially scheduled a public hearing for the bill, removed it from the hearing agenda, and then swiftly placed it back before much of the public could react to voice their opposition. Another bill on the calendar is the school finance “HB 3 clean up” bill HB 1525 by Huberty (R-Kingwood).

The Senate took a recess at 5 p.m. today to allow committees to continue their work before Senators go back on the floor at 7 p.m. tonight. Lt. Gov. Dan Patrick advised the chamber it would be a late night.

The Senate passed a few ATPE-supported bills this week, including HB 1603 by Huberty (R-Kingwood), which removes the expiration date on the Individual Graduation Committees law, and HB 159 by González (D-Clint), which improves educator preparation standards by including additional content related to serving students with disabilities. The Senate has until May 26 to vote on all bills and joint resolutions.

TEXAS HOUSE: The House is staring down key deadlines this weekend that impact the passage of Senate bills. Saturday, May 22, is the last day House committees can report out Senate bills they have approved in order for those bills to stay alive. Bills also must be placed on a calendar by one of the House’s calendar-setting committees in enough time to be considered by the full House. By 10 p.m. Sunday, the House Calendars committee must set the final daily calendar. Less controversial Senate bills recommended for the House’s local and consent calendar have a bit more time to make it through the process, but it’s also easier for those bills to be “killed” by House members if they choose to do so. 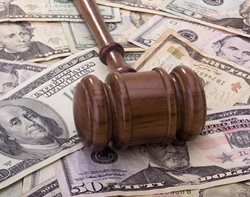 With these deadlines looming, many were surprised by the House’s decision to recess early Thursday and go home for a few days, with no plans to return to the floor until 1 p.m. Sunday. The move came after word that several key House amendments to the budget were being stripped out of that bill by the conference committee that was appointed to negotiate a final spending plan for the next two years. House members also complained that the Senate was not moving quickly enough to advance pending House bills through the upper chamber. The delay in the House now pushes the calendars of bills set for Friday and Saturday to Sunday or later. Given that the House’s deadline to vote on most Senate bills on second reading is Tuesday, May 25, this will likely cause a large chunk of Senate bills to die.

Some of the higher-profile education bills on the House calendar include Senate Bill (SB) 1365 by Bettencourt (R-Houston), which alters state accountability laws regarding school district takeovers, and SB 487 by Hughes (R-Mineola) that would vastly change zoning, permitting, and property laws impacting charter schools. ATPE has opposed both these bills. ATPE members can use our tools on Advocacy Central to send messages to their state representatives about these bills.

The Senate Education Committee is meeting today to consider what is probably their last agenda of House bills. The hearing began this morning and resumed late this afternoon while the Senate went into recess. The agenda for today’s committee meeting includes HB 1468 by Bell, K. (R-Forney), which would expand virtual education options. ATPE opposes this bill unless it is amended to add more safeguards for students, such as virtual class-size limits. Another bill added late to today’s committee agenda is HB 2554 by Gates (R-Rosenberg), an ATPE-opposed bill that would create a vocational high school diploma. ATPE believes the program would shortchange students, in part by allowing courses to be taught by non-certified teachers. HB 4545 by Dutton (D-Houston) is being heard by the Senate Education Committee tonight, too. The House made favorable changes to the bill before passing it, including removing a controversial provision for school district funding tied to student test results. ATPE members are encouraged to contact their senators about these bills today using our tools on Advocacy Central. 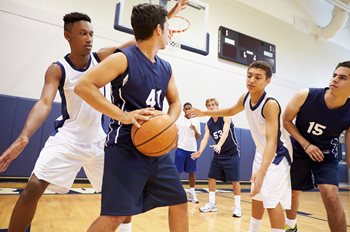 The Senate Education Committee also met Tuesday of this week, voting to advance several House bills to the Senate floor, including the home-school UIL bill, HB 547. The committee stripped out changes that had been made to that bill on the House floor. Read more about Tuesday’s hearing in this blog post by ATPE Lobbyist Mark Wiggins.

The House Public Education (HPE) Committee voted this week to send a supplemental special education services bill to the full House. SB 1716 by Taylor (R-Friendswood) has been controversial for its proposing to let parents spend state funds to acquire supplemental special education services for their children. Many in the public education community complained that the committee was planning to vote on the voucher bill at its meeting held Monday, May 17, without allowing an opportunity for public testimony. Committee Chairman Dutton changed course and set the bill for full public 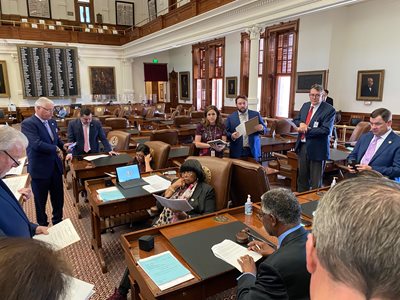 hearing Tuesday at which ATPE Senior Lobbyist Monty Exter testified. The committee approved three amendments to remove much of the controversial, voucher-like elements from SB 1716 and voted to send the bill to the full House. The bill will still have to be placed on a crowded House calendar ahead of the upcoming deadlines in order to stay alive.

The House Public Education Committee also met and voted on Senate bills Wednesday and Thursday, seemingly wrapping up all its business this session. Among the other bills passed by the committee this week was SB 2094 by Taylor, the accelerated instruction bill. Like the House version of the bill discussed above (HB 4545), outcomes-based funding provisions were removed from the bill. ATPE submitted neutral testimony on SB 2094.

OTHER COMMITTEES: ATPE took positions on a couple of bills outside of education committees this week. ATPE opposed HB 3610 by Gervin-Hawkins (D-San Antonio) in the Senate Finance committee on Thursday. The bill would create a new tax exemption for any property leased or purchased by a charter holder. Previously, HB 3610 failed to receive approval by the full House until Gervin-Hawkins amended it to also exempt public school districts and community college districts. The Senate Finance committee approved the bill today. Also on Thursday, ATPE supported SB 202 by Schwertner (R-Georgetown), which got a vote of approval by the House Pensions, Investments, and Financial Services committee. The bill would ensure school districts cannot require their “retire/rehire” employees to pay for any employer contributions the district is required to make to TRS. 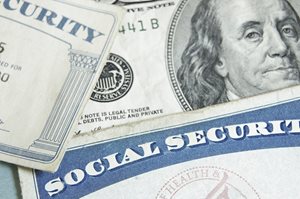 BILLS SENT TO THE GOVERNOR: The Texas Legislature was able to play nice this week and send some ATPE-supported bills to the Governor. HB 1147 by Huberty (R-Kingwood) would improve the public school accountability system by ensuring districts and campuses receive credit under the college, career, or military readiness outcomes law for students who enlist in the Texas National Guard. Also, HB 773 by VanDeaver (R-New Boston) would add an indicator to the accountability system for students who complete a career and technical education program of study. Additionally, Senate Concurrent Resolution (SCR) 17 by Hughes was sent to the Governor this week. The resolution urges the U.S. Congress to repeal the Government Pension Offset and the Windfall Elimination Provision, both of which can have negative impacts on Texas teachers’ retirement prospects.

CORONAVIRUS: Governor Greg Abbott issued an executive order this week prohibiting governmental entities, including school districts, from mandating masks. The order supersedes any face-covering requirements imposed by local governmental entities or officials. However, Abbott’s order allows public schools to continue their existing mask guidelines through June 4, 2021. After this date, Abbott says no student, teacher, parent, or other staff member or visitor can be required to wear a mask while on campus. The executive order does exempt certain governmental entities including state-supported living centers and Texas Juvenile Justice Department facilities. This news follows last week’s announcement from the U.S. Centers for Disease Control (CDC) that most individuals fully vaccinated against COVID-19 do not need to wear a mask.

The Texas Education Agency (TEA) wants to hear from teachers about how to spend federal emergency COVID-19 relief funds for schools. The American Rescue Plan (ARP) Elementary and Secondary School Emergency Relief Fund (ESSER III) provides over $12 billion in emergency relief funding to Texas. To access the full amount, however, TEA must submit a state-level plan to the federal government for approval. TEA wants to hear from educators about what they should consider for the coming school year to inform their submission to USDE. Teachers are invited to register for a feedback webinar at 4 p.m. CDT Monday, May 24, limited to the first 2,975 participants. Click here to register. For additional information, contact TEA. To learn more about the federal funding, read this earlier blog post from ATPE Governmental Relations.

We’re nearly there! Hang in there! THANK YOU to the AMAZING ATPE team for advocating for us day & night. We’re keeping our end of the responsibility, as well. At least I am. I certainly hope all of you ATPE members are!!!