TASK FORCE: We reported last week on the new Teacher Vacancy Task Force created by the Texas Education Agency (TEA), which had already held its first meeting prior to TEA’s announcing its formation. After ATPE and many Texas educators blasted the agency and Gov. Greg Abbott for appointing only two teachers to the 28-member task force, TEA announced Tuesday the “immediate expansion” of the Teacher Vacancy Task Force to include 24 additional public school teachers, creating parity between the number of teachers and administrators. Only one additional teacher was immediately identified: Josue Tamarez Torres, an elementary math teacher from Dallas ISD who also serves as a member of the State Board for Educator Certification (SBEC) and the Texas Commission on Virtual Education. TEA announced Torres will chair the task force.

Additional teacher members are expected to be added to the task force before the next meeting in May. Interestingly, though the task force is set to discuss strategies for certification and recruitment, there is no educator preparation program representation among its members. TEA has posted a form on its website for educators or other members of the public to share input or volunteer to present information to the task force.

Responding to the news this week about TEA’s changes to the task force, ATPE Executive Director Shannon Holmes said, “We are pleased that TEA has listened to ATPE's strong concerns regarding the composition of the Teacher Vacancy Task Force and is expanding it to include the voices of classroom teachers. Now, the real work begins in ensuring the committee is composed of a representative population of educators. The goal should be building a stronger public education workforce within the proven Texas independent school district system.” In an interview with CBS Austin, Holmes also said, “You can’t really expect to make progress on an issue like this and not have teachers in the discussion.” 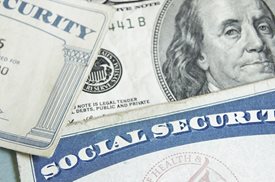 WEP: ATPE, the Texas Retired Teachers Association (TRTA), and the Massachusetts Retirees Association joined forces this week to urge the U.S. Congress to cut a deal on legislation to reform the Windfall Elimination Provision (WEP). The WEP offset in federal law reduces the amount of Social Security benefits available to many Texas teachers and other public employees, and ATPE has long lobbied for repealing and replacing the provision. The organizations sent a joint letter this week to the Republican and Democratic authors of two separate WEP bills pending in Congress.

“The bills are very close, and we believe now is the time to bridge the gap between them and move the legislation through Congress,” said ATPE Executive Director Shannon Holmes. Read more about ATPE’s work to facilitate a deal in this blog post. 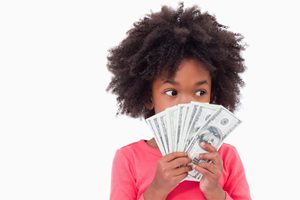 BUDGET: President Biden released his fiscal year 2022 budget recommendations this week to the U.S. Congress, which will ultimately approve the federal budget. Biden proposes massive spending increases for Title I and universal pre-K for three- and four-year olds, as well as increases in higher education to support teacher preparation. Read more about Biden’s budget proposal, which focuses on racial equity throughout almost every spending priority, in this blog post by ATPE Lobbyist Andrea Chevalier.

CONVENTIONS: The Texas Democratic Party’s county conventions are set to get started this weekend, followed by Republican Party’s county conventions next weekend. There may still be time for you to get involved! Conventions offer delegates the opportunity to weigh in on their political party’s platform and resolutions. Both can help influence election issues and the types of legislation pursued by lawmakers in the next legislative session. Read more about the role of conventions and how you can get involved in this blog post by ATPE Lobbyist Mark Wiggins. 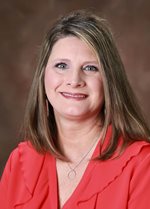 ARTICLE: Texas Monthly interviewed seven Texas teachers about the challenges currently facing the education profession for a feature article published yesterday. ATPE State Vice President Stacey Ward of Humble was among the teachers interviewed about the ways the COVID-19 pandemic has affected student and educator well-being, in many cases leading to teacher burnout and turnover. Ward spoke about the challenges of addressing students’ learning losses caused by the pandemic and their mental health needs. “We’re trying to teach three years’ worth of education in one,” said Ward. “The social and emotional learning that these kids don’t have is a huge stressor. ...So not only are we dealing with trying to get them to where they need to be academically, but we’re also counselors.” 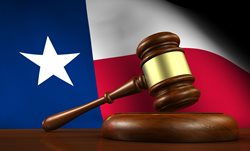 MASKS: On Thursday, the Texas Third Court of Appeals reinforced a previous trial court decision to block Gov. Greg Abbott’s ban on mask mandates. The case was brought by 19 school districts, including Dallas, Fort Worth, Houston, and Austin ISDs. The decision comes a little too late, as most school districts have since rescinded their mask mandates. However, if another COVID-19 variant surges through schools, districts would now have the authority to set their own masking policies. Texas Attorney General Ken Paxton could appeal to the Texas Supreme Court to challenge the decision. Read more in this reporting by the Houston Chronicle.