State officials released information this week that sends mixed messages to educators and school leaders, yet again. Read more about this and other developments in this week's wrap-up from the ATPE Governmental Relations team:

CORONAVIRUS UPDATE: School districts around the state continue to discuss and revise plans for starting the new school year amid funding and enrollment uncertainty and with guidance from elected officials that has raised more questions than answers. As we have been reporting here on our blog, the Texas Education Agency (TEA) initially urged school districts to start the 2020-21 school year earlier to allow for extended breaks during the year. With COVID-19 cases continuing to rise, TEA walked back that position in early July, suggesting a delayed reopening and offering districts a three-week transition period to move from virtual to on-campus instruction. On July 17, as several of the state's largest cities were adopting orders that would attempt to delay a return to campus until COVID-19 cases subsided, TEA extended the allowable virtual transition period to four to eight weeks (with school board approval) and also said districts would continue to be funded if they were forced to operate virtually under closure orders from local officials. But this week saw yet another round of guidance from TEA and statements by other elected officials calling into question the validity of such local orders.

A new, non-binding legal opinion voiced by Texas Attorney General (AG) Ken Paxton and updated public health and attendance guidance from TEA on Tuesday only added to the confusion school district leaders, their staffs, and the parents of students are trying to sort through. The AG's letter to a Texas mayor attempts to nullify local health authorities' previously assumed ability to issue school closure orders in a preventative fashion. TEA updated its attendance and enrollment guidance the same day to reflect Paxton's interpretation, warning that schools districts that offer only remote instruction based on local health authority orders (outside of the approved transition window in which instruction can be fully virtual) may risk losing their funding. Read more about Tuesday's developments in this blog post by ATPE Governmental Relations Director Jennifer Mitchell, and read ATPE's press statement here. 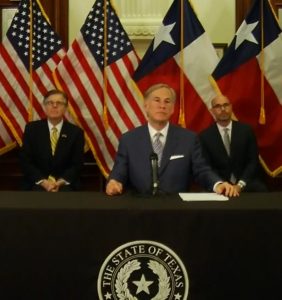 On Friday, a joint press release from Governor Abbott, Lt. Governor Patrick, Speaker Bonnen, Chairman Taylor, and Chairman Huberty defended TEA's updated guidance, saying the agency has provided flexibility through various means and that it is up to local school boards to decide when and how to open schools. ATPE responded to the press release in a statement complaining about the unclear and often contradictory directives and stating, "ATPE reiterates that uniform, science-based metrics guiding reopening or closure decisions based on health and safety are needed right now—not shifting perspectives, platitudes, or power struggles."

Knowing the frustrations that this back-and-forth causes for educators, ATPE Senior Lobbyist Monty Exter told News 4 San Antonio this week it would be helpful to have consistent guidance from TEA. While the news about teachers and students returning to campus often takes the spotlight, support staff across Texas are also concerned, as the Texas Tribune reported this week. Cafeteria, custodial, and transportation staff face unique challenges this fall as they tend to be paid hourly, and their jobs, by their nature, cannot be performed remotely. In a recent CNN interview, ATPE's Mitchell cited the need to add bus routes in order to reduce passenger loads as an example of steps school districts are finding it difficult to implement without additional financial resources from the state and federal government. Unfortunately, the ever-changing regulations communicated by state leadership make creating a safe plan, and sticking to it, difficult. ATPE Lobbyist Mark Wiggins sat down with Fox 7 Austin this week to talk about the issue, saying we are past due for local control guided by educators, parents, and public health officials.

This week Gov. Greg Abbott announced he has eliminated the requirement that STAAR test scores be used for fifth and eighth grade promotion decisions, a step in the right direction towards reducing the impact of testing in the 2020-21 school year. Additionally, according to TEA correspondence, only one test administration in fifth and eighth grade will occur this year. The change places educational decisions back in the hands of expert educators, who can easily determine without STAAR if a student is ready for the next grade. Yet more flexibility is needed. In an interview with NBC DFW this week, ATPE Lobbyist Andrea Chevalier expressed that eliminating the STAAR tests in their entirety for the 2020-21 school year would save valuable time and resources that will be needed for remediation and helping those students who need it the most. Read more about this development in this blog post by Chevalier. 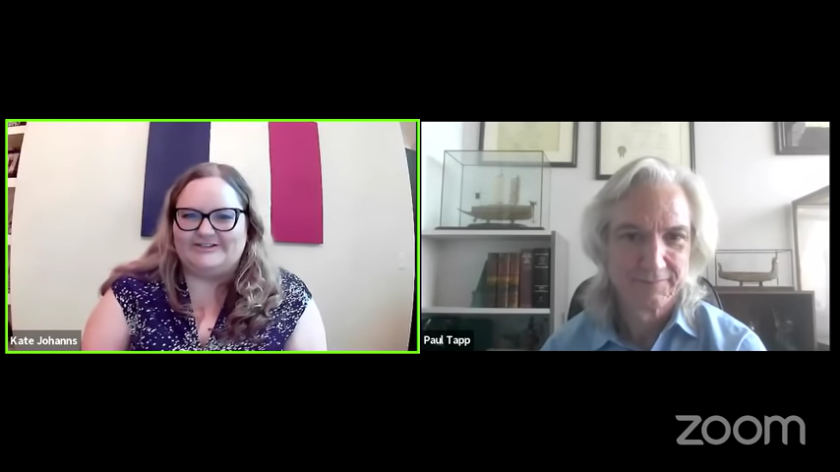 ATPE held a legal webinar on COVID-19 this week that included educators' questions answered by ATPE Managing Attorney Paul Tapp. In case you missed the live webinar, you may view the recorded version to hear Tapp's easy-to-understand explanations of the many issues facing educators during the pandemic.

Visit the ATPE COVID-19 FAQs and Resources page for constantly updated answers to common questions from educators. ATPE members can also use Advocacy Central to communicate with their elected officials regarding concerns about school reopening and other issues.

FEDERAL UPDATE: Republicans in the U.S. Senate revealed their new proposal for coronavirus aid and relief this week, which includes an updated education proposal directing two-thirds of $70 billion in K-12 funds to schools that physically reopen for in-person instruction. The remaining one-third would be split among all public schools. The legislative package also includes a separate bill that aims to instate U.S. Secretary of Education Betsy DeVos's longstanding wish for $5 billion in dollar-for-dollar tax credits for a private school voucher system. The GOP proposal comes months after House Democrats passed theirs. Read more about Congress's progress in this blog post by ATPE Lobbyist Mark Wiggins.

The U.S. Department of Education this week announced winners for the "Rethink K-12 Education Models Grant" this week, which includes a nearly $20 million award for Texas. The grants were awarded based on priorities, the first of which was for states that opted to create "microgrant" voucher programs. Texas did not opt for microgrants and instead will use the federal money for its statewide learning management system and framework, announced to districts this week to include a free two-year subscription to Schoology.

ELECTION UPDATE:  President Donald Trump made headlines yesterday when he put out a tweet that suggested postponing the November 3 election. Many experts were quick to point out that the president does not have the legal authority to postpone the election; only Congress has that power. The suggestion drew unanimous criticism even among the president's Republican supporters, who confirmed that there is no chance of the presidential election being postponed for the first time in American history. It's also worth noting that mail-in voting is, in fact, a form of absentee voting; and while the primary elections revealed significant processing problems presented by record numbers of people taking advantage of the option to vote by mail, allegations of widespread voting fraud have not been proven.

Gov. Greg Abbott (R-Texas) announced this week that early voting for the Nov. 3 election will be extended by an additional week. Early voting will now run from October 13 through October 30, 2020. That leaves three full weeks for early voting, which is intended to relieve crowding at polling locations. Gov. Abbott similarly extended the early voting period for the July runoff elections.

In the Senate District 14 special election, state Rep. Eddie Rodriguez (D-Austin) announced this week that he is withdrawing from the runoff against former Travis County Judge Sarah Eckhardt, who finished first in the special election held this month. Rodriguez will retain his Texas House seat. Eckhardt will now fill out the remainder of former state Sen. Kirk Watson's (D-Austin) term, which ends in 2022. Watson retired from the Texas Senate earlier this year. 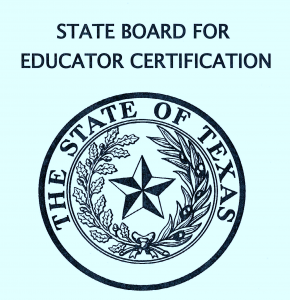 The State Board for Educator Certification (SBEC) held a special meeting Friday, July 31, to discuss rules relating to educator certification candidates facing challenges during the pandemic. The rules proposed for adoption will allow candidates to complete their educator preparation program (EPP) requirements for the 2020-21 school year in a virtual setting and will allow face-to-face observation requirements to be carried out in a synchronous virtual setting. After hearing testimony from EPP representatives during the past couple of months, the board voted to amend its proposal to include asychronous observations in addition to those carried out synchronously. Read more about the meeting in this blog post by ATPE Lobbyist Andrea Chevalier.