Texas made national headlines again this week, both for its handling of the coronavirus and the ongoing battles over election laws. Here’s a summary of this week’s education news from the ATPE Governmental Relations team:

CORONAVIRUS: The U.S. Centers for Disease Control issued new guidance this week recommending universal indoor masking for all teachers, staff, students, and visitors to K-12 schools, regardless of vaccination status. This comes as Texas is among the states leading the nation in a surge of COVID-19 cases driven by the highly contagious Delta variant.

Ellzey’s win will leave Republicans in the Texas House down a vote and creates an open seat in House District (HD) 6. Former state Rep. John Wray (R-Waxahachie), who previously held the seat, has announced his intention to run again once the governor sets a special election to fill the vacancy. Campaign finance filings show Wray had just under $47,000 cash on hand as of the end of June.

LEGISLATURE: The Texas Legislature’s special session remains underway, although there was little to no activity this week with a majority of the Democratic state lawmakers still in Washington, D.C. seeking federal intervention in the ongoing fight over voting rights and election reform. The 30-day special session is set to expire next Friday, although Gov. Greg Abbott has said he will call a second special session. 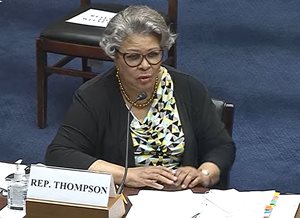 On Thursday, the U.S. House Committee on Oversight and Government Reform’s Subcommittee on Civil Rights and Civil Liberties held a public hearing entitled, “Democracy in Danger: The Assault on Voting Rights in Texas.” Texas State Representatives Senfronia Thompson (D-Houston), Nicole Collier (D-Ft. Worth), Travis Clardy (R-Nacogdoches), and Diego Bernal (D-San Antonio) all testified before the committee about voting rights and the controversial election reform legislation that has stalled out in Austin.

Read more about the hearing in this reporting from the Texas Tribune. Watch archived video of the congressional hearing here and view transcripts of the witness statements here.