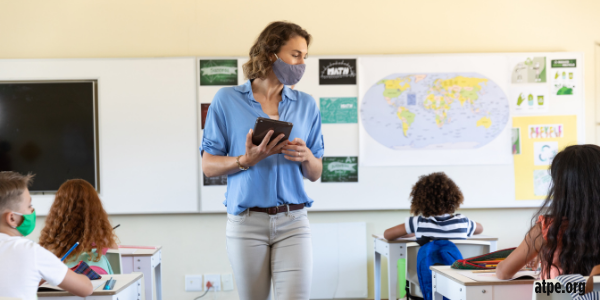 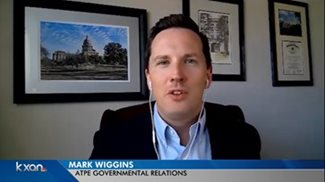 As ATPE Lobbyist Mark Wiggins explained to KXAN this week, ATPE opposes SB 3 due to its dangerous deviation from the established processes for setting curriculum standards through the State Board of Education. ATPE Senior Lobbyist Monty Exter testified in the Senate Education committee this week against SB 15, sharing that the bill makes long-term statutory changes that expand virtual schools that have a documented history of low performance. Wiggins provides more detail about the two bills, including ATPE’s written testimony, in this post on the Senate committee hearings and this post summarizing the Senate floor action.

Meanwhile, members of the Texas House, which still lacks a quorum, voted this week to enlist law enforcement to find and arrest House Democrats who are absent from the chamber. Until a quorum is reached in the House, any approved Senate bills will not be heard.

COVID-19: As the Delta variant continues to spread across Texas and many students begin their school year this week, several school boards, charter school operators, and counties have defied Gov. Greg Abbott’s executive order by implementing local mask mandates. They include districts such as Dallas, Austin, and Houston ISDs, IDEA Public Schools charter campuses, and the counties of Bexar, Travis, and the state’s most populous county, Harris, among others. The Texas Education Agency (TEA) released a statement yesterday saying they would not issue any updated public health guidance for schools pending legal determinations about those local mask decisions. ATPE has repeatedly called on Abbott to increase school districts’ local control in making determinations about masks and other COVID-19 mitigation measures. For more coronavirus resources and FAQs for educators, visit ATPE's COVID-19 information page here.

SURVEY: More than 3,600 ATPE members responded to our latest survey on COVID-19 back-to-school issues. The anecdotal survey was conducted August 2–9, 2021, and the findings will help guide ATPE in our advocacy efforts related to educator and student safety. Here are some takeaways from the survey:

CENSUS:  As we have previously reported, Texas will gain two Congressional seats under 2020 U.S. Census data, the most of any state. With important implications for growth in Texas public schools, this week's release of census figures provides more granular data, showing substantial increases in the state’s non-white population. Growth in Texas is also concentrated in urban and suburban areas. The full data laying the foundation for redistricting should be ready for legislators by Sept. 1, according to the chair of the Texas House Redistricting Committee, Rep. Todd Hunter (R-Corpus Christi). Read more in this reporting by the Texas Tribune.

ELECTIONS: Texas House District 10 has eight candidates vying for the seat that opened with the election of former state Rep. Jake Ellzey (R-Waxahachie) to the U.S. House. The special election will take place August 31, with early voting beginning August 23. Learn more about the candidates who filed to run this week in this

article from the Texas Tribune.

State Rep. Leo Pacheco (D-San Antonio) this week announced his resignation from the Legislature after taking a teaching position at San Antonio College. A special election for the House District 118 seat has yet to be announced, but there are expected to be several candidates. Stay tuned for more information on this race.

TRS: The Teacher Retirement System (TRS) of Texas is seeking nominees for its TRS-Care Retirees Advisory Committee. In February 2022, TRS will fill four seats on the TRS-Care Retirees Advisory Committee. If you or committee, and nominations are being accepted until Sunday, August 15, 2021. Learn more about the committee and application criteria here.