Following our break last Friday for the three-day holiday weekend, the ATPE Governmental Relations team recaps the past two weeks' education news, legislative and election updates, and regulatory developments. Read about major votes coming up next week at SBEC, the start of early voting for school board elections, and much more.


SBEC: The State Board for Educator Certification (SBEC) will meet next Friday, April 29, and is scheduled to take a final vote on replacing the current EC-12 Pedagogy and Professional Responsibilities (PPR) test with Pearson’s nationally developed edTPA performance assessment. ATPE submitted public comments earlier this month and testified at the last SBEC meeting in opposition to the move to the new test, which will cost teacher certification candidates more money and could exacerbate already problematic teacher shortages. ATPE Lobbyist Andrea Chevalier has written about the concerns with requiring edTPA for certification in a blog post published here on Teach the Vote. 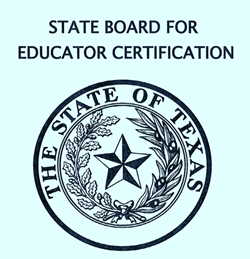 Also on the agenda for the April 29 SBEC meeting is a vote on sanctions against the state's largest alternative certification provider, A+ Texas Teachers, also known as Texas Teachers of Tomorrow. The for-profit program was cited last year for deficiencies found in its five-year continuing approval review, and it subsequently failed to satisfy corrective actions ordered by the Texas Education Agency (TEA). After TEA notified Texas Teachers in January that it was facing the potential loss of its approval to prepare candidates for certification, the provider announced it would agree to a settlement enabling it to continue operating in Texas with additional monitoring.

SBEC must approve that settlement, however, and some are questioning whether the proposed sanction is too lenient. The Dallas Morning News wrote about the situation in an article this week, positing that the board may consider Texas Teachers “too big to fail.” The provider’s violations included admitting candidates who did not meet academic prerequisites and failing to provide candidates with required support, field-based experiences, mentors, and supervisors. ATPE has long warned SBEC and lawmakers about the potential harm to both teachers and students when adequate standards for entrance into the profession are not maintained and certification candidates do not receive adequate training and support to face the rigors of the classroom. 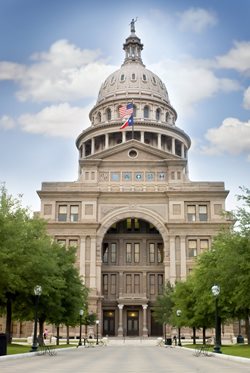 MEETINGS: The House Public Education Committee will meet at 10 a.m. (CDT) Tuesday, April 26, to hear public and invited testimony on some of its interim charges. Specifically, the agenda covers Interim Charge #2 on the education of migrant children and Interim Charge #11 on possible divestiture of Permanent School Fund investments in Russian companies. The committee also plans to hear an update from Education Commissioner Mike Morath. Use these links to find information about registering to testify at the hearing, submitting written comments on the agenda items, and accessing a video broadcast of the meeting.

The Texas Commission on Virtual Education will meet Wednesday, April 27, at 10 a.m. (CDT) at the State Capitol. Its agenda includes looking at out-of-state virtual school models, and only invited testimony will be taken. A livestream of the meeting will be available here.

Also happening next week is the April meeting of the Teacher Retirement System (TRS) Board of Trustees. Click here to view the agenda and other materials for the board meetings that will take place Thursday and Friday, April 28-29.

ELECTIONS: Early voting starts Monday, April 25, for the uniform local elections taking place May 7, in which voters may choose school board trustees, elect local officials such as mayor or city council members, consider school bond proposals, and weigh in on other local matters. Voters statewide also have two proposed constitutional amendments on the ballot – both pertaining to property tax exemptions that could affect revenue for public schools. Learn more about the May 7 elections with these resources from the Texas Educators Vote coalition. 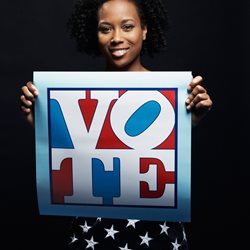 Don’t forget that there are two elections happening in the month of May. Runoffs for the Republican and Democratic party primaries will be held May 24. Use ATPE’s Teach the Vote candidate search tools to learn more about those vying for the Texas Legislature, State Board of Education, and certain statewide offices, and make sure you are registered to vote in the runoffs. April 25 is also the last day to register to vote or change your address before the May 24 runoffs.

BOOKS: As we are celebrating April as National School Library Month, the Texas Education Agency (TEA) announced last week its development of new standards to guide school districts in determining the appropriateness of school library books’ content. Schools are not required to follow the new model school board policy from TEA, but it offers recommendations on a local process for school 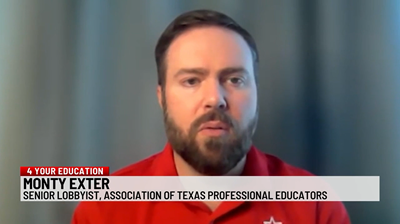 staff to review materials with input from parents and post lists of library materials on the school district's website. ATPE Senior Lobbyist Monty Exter spoke to KVEO-TV shortly after the standards were released and pointed out that districts have long had processes enabling parents to access and weigh in on library materials.

State Board of Education (SBOE) Chair Keven Ellis (R-Lufkin) sent an April 11 letter to Gov. Greg Abbott (R) responding to his call for the state board, TEA, and the Texas State Library and Archives Commission to prevent “pornography” from being distributed in schools. Ellis wrote that the SBOE already has instructional materials review procedures in place to prevent the use of textbooks that are not grade-level appropriate. He also called for new measures to ensure all school districts adopt Internet safety policies.

FRAMEWORK: TEA is working to develop an “Effective Preparation Framework” that will identify the elements of high-performing educator preparation programs (EPPs) and set the bar for EPPs across Texas. SBEC’s Educator Preparation Advisory Committee (EPAC) is providing recommendations for the new framework. ATPE Lobbyist Andrea Chevalier, who serves on the EPAC, reached out to ATPE members for their input on what the state and EPPs should prioritize. Curriculum and coursework, practice-based experiences, EPP admission standards, and ongoing support were cited as critical for ensuring the success of certification candidates. Read more about the framework development process and ATPE’s feedback to TEA on the framework here.

TASK FORCE: TEA updated its website with new information about the Teacher Vacancy Task Force this week. The task force was created in March at the request of Gov. Greg Abbott and originally was made up almost entirely of superintendents and human resources officers. After ATPE and other education stakeholders complained about the lack of teacher involvement, TEA has been reviewing nominations to add a couple dozen classroom educators to the task force before its second meeting. More than 1,500 teachers reportedly have applied for slots on the task force. The agency posted an overview of its selection process, which says teachers will be notified in May if selected. The task force is scheduled to meet again June 2, though an agenda has not yet been posted.

educators in the planning and design of active threat exercises and addressing considerations for participants with special needs and non-English speakers. ATPE also recommended requiring districts to plan for the possibility that bad actors might exploit a scheduled exercise to perpetrate an actual attack.

DYSLEXIA: This week TEA also posted a new Dyslexia Update on its website that includes details on the agency’s recent steps to comply with federal special education laws. The presentation also features resources for educators, such as information on the Texas Dyslexia Academies.

MEDIA: The Texas Tribune’s Brian Lopez wrote a story this week about the sanctions teachers often face if they resign mid-year without good cause under the state’s contract laws. ATPE Managing Attorney Paul Tapp and Senior Lobbyist Monty Exter were interviewed for the article, which is republished here on Teach the Vote. Tapp also spoke this week to KABB/WOAI News 4 San Antonio and appeared 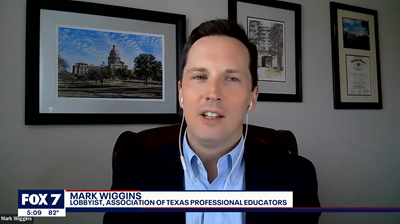 yesterday on the Fox 26 Houston Morning Show to discuss the issue.