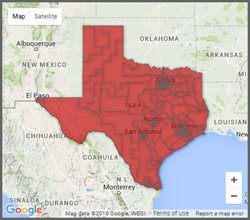 This weekend is the time to get prepared and make a plan to vote! Use ATPE’s election resources on Teach the Vote, including candidates’ profiles, survey responses, and voting records, to help you choose which candidates will support you and your students at school before you support them at the polls!

Once you have researched the candidates on Teach the Vote, we encourage you to hop over to Vote411.org, hosted by our good friends, the League of Women Voters, where you can build and print out your customized ballot to take with you to the polls. Remember: you cannot use your cell phone inside the polling place!

ATPE members are encouraged to participate in Educator Voting Day, Thursday, Oct. 27. Find election resources created specifically for educators here on the website for the Texas Educators Vote coalition, of which ATPE is a founding member.

ICYMI: In a recent episode of The ATPE Podcast, ATPE Senior Lobbyist Monty Exter discussed the upcoming election and how it could affect public education policy. Check out the podcast episode here. The ATPE Member Legal Services department also published a recent blog post on mock elections in the classroom in the wake of the Texas Legislature’s passage of Senate Bill (SB) 3 in 2021. Under SB 3, teachers may not be required to discuss controversial issues of public policy or social affairs—but if they do cover such issues in the classroom, they must “explore the topic objectively and in a manner free from political bias.” The Texas Secretary of State’s Project V.O.T.E. Student Mock Election Guide also offers resources for teachers looking to conduct a mock election with students. 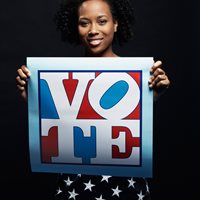 Election dates and deadlines to remember:

VOUCHERS: ATPE has been reporting for some time that there is a private school voucher fight brewing for the upcoming 2023 legislative session. It turns out that some voucher proponents were looking to bring vouchers to Texas well before the legislature even came back to Austin. In a bombshell new article in Texas Monthly, Senior Editor Forest Wilder, a graduate of Wimberley ISD, writes about how political operatives sought to funnel public tax dollars meant for that district’s public school students to private institutions.

Inside the Secret Plan to Bring Private School Vouchers to Texas describes a complex shell game in which the Texans for Education Rights Institute convinced a former Wimberley ISD superintendent to partner with the ResponsiveEd charter school chain to create an “Achievement Campus” in the district. On paper, students enrolled at the campus would appear to be public school students, but the groups would instead enroll them in private schools around the state using the district’s funding. The following is an excerpt from the article:

In a document obtained by Texas Monthly, stamped “Confidential” and dated May 3—the day after [new Wimberley ISD Superintendent Greg] Bonewald was named the sole finalist for the job—a Republican political operative and a politically connected charter-school executive laid out an explosive proposal for “Wimberly [sic] ISD.” ...Apparently, the plan had been in the works for months and had been vetted by the outgoing superintendent. But Bonewald said no one had bothered to mention it to him. ...

...The scheme was complex but it pursued a simple goal: turning taxpayer dollars intended for public education into funds for private schools. The kids would be counted as Wimberley ISD students enrolled at the Achievement Campus, thus drawing significant money to the district. (In Texas, public schools receive funding based in large part on how many students attend school each day.) But the tax dollars their “attendance” brought to the district would be redirected to private institutions across the state. …


Wilder also writes that although the plan hatched for Wimberley did not proceed, its backers were attempting to make similar deals in other districts. Read the entire Texas Monthly article here.

LOANS: After being tested last week, the online system to apply for federal student loan relief officially opened this week. Since Monday, 22 million of the more than 40 million eligible Americans have already registered. 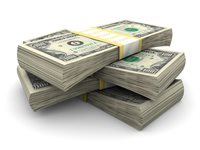 The program has been the subject of legal challenges, however. On Wednesday, U.S. Supreme Court Justice Amy Coney Barrett denied an emergency application to block the program that had been filed by a Wisconsin taxpayers group, The following day a Missouri federal judge threw out a related lawsuit filed by six Republican-led states.

VIRTUAL: With a Dec. 31 deadline to turn in its final report to the Texas Legislature, rapidly approaching, the Texas Commission on Virtual Education meet this week to discuss proposed policy recommendations. The commission was created as part of Senate Bill (SB) 15, which passed during the second special session of 2021, and was intended to address remote learning in light of the COVID 19 pandemic. As part of the compromise to pass the bill, lawmakers added to the virtual schooling bill a sunset date of Sept. 1, 2023, and they called for the creation of the Texas Commission on Virtual Education. The commission is tasked with proposing recommendations for overhauling the state’s current virtual education framework, which is a disjointed patchwork and has allowed poorly performing virtual programs to operate for years. 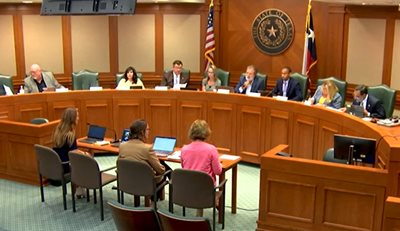 The commission has homed in on six key areas for policy proposals after hearing some 37 hours of testimony from 46 experts, according to the commission’s presentation this week. The key areas are broken down into three delivery formats, which include full time virtual or hybrid school, supplemental course provider, and emergency/stopgap virtual learning; and three key enablers: teacher preparation and support, accountability, and funding.

ATPE will continue to provide information and analysis on Texas virtual education as the commission completes its work and the legislature begins drafting a new virtual education bill. Stay tuned to Teach the Vote for updates.