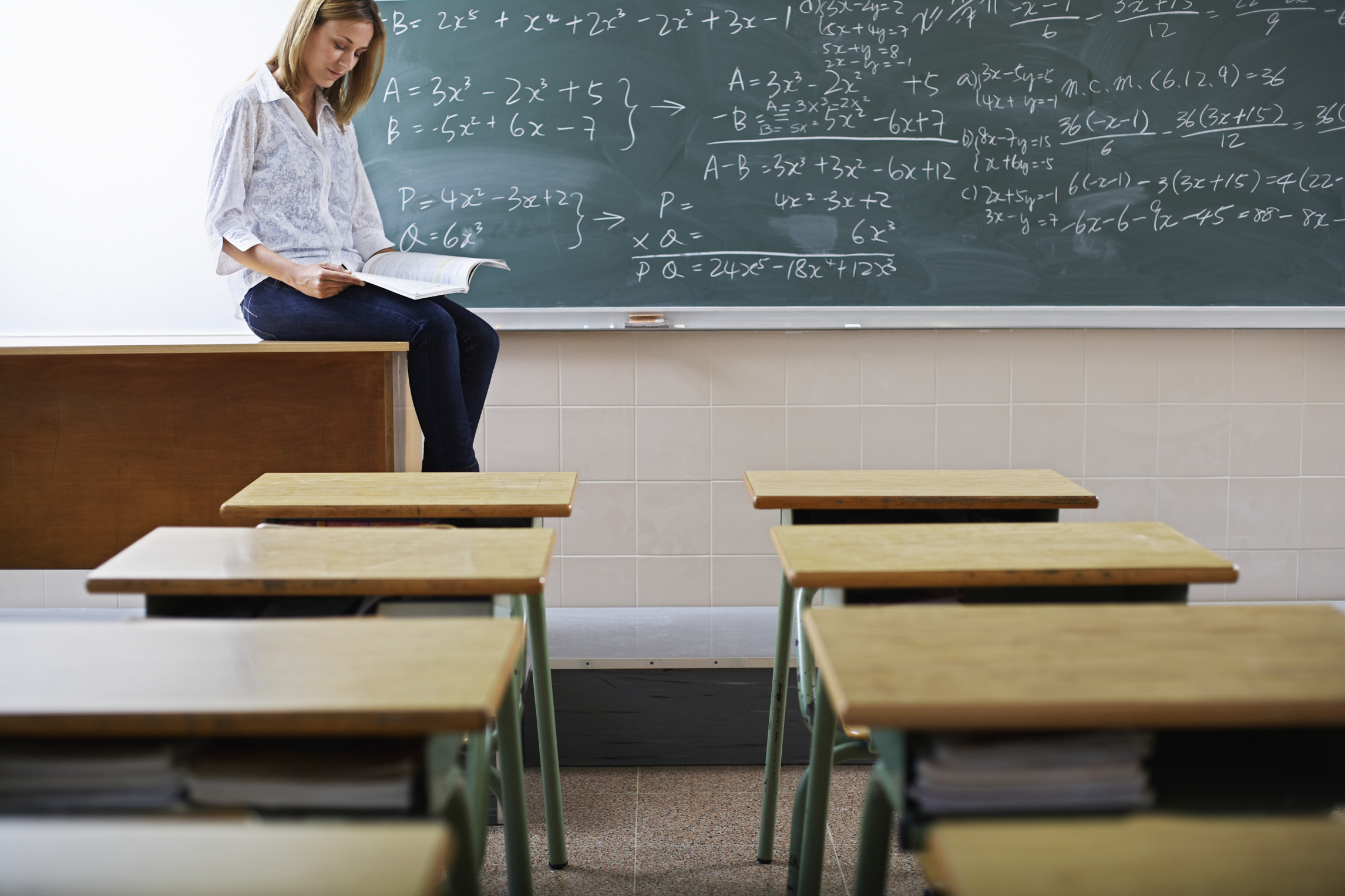 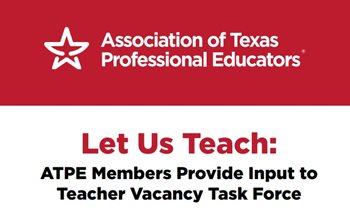 TEACHERS: ATPE released a report and interactive database this week showcasing the results of its Teacher Vacancy Task Force survey. Titled “Let Us Teach,” the report details key frustrations expressed by educators and ATPE’s policy recommendations based on the member feedback, which focus on getting back to basics, returning joy to classrooms, and enabling educators to teach.

ATPE Lobbyist Andrea Chevalier and ATPE Board Member and 2012 Texas Secondary Teacher of the Year Stephanie Stoebe spoke with KXAN News about the report. Reflecting one of its biggest themes, Stoebe said, “Teachers need time to plan, to collaborate, to look at data, to make informed decisions.” Chevalier noted that lawmakers have expressed interest in the policy recommendations and are looking for detailed solutions.

The Texas Education Agency (TEA) formed the Teacher Vacancy Task Force in March, initially with only two teachers appointed to it. After calls from ATPE and others, the agency agreed to add 24 more teachers, who are expected to be named next week. The task force is scheduled to meet for a second time June 2.

Related: A top concern for ATPE’s survey respondents was the negative impact of state-mandated testing on instructional time. ATPE Senior Lobbyist Monty Exter spoke about ill-timed changes to state testing in another interview this week with KXAN News, saying the STAAR tests shouldn’t be tied to accountability right now.

VOUCHERS: At a Monday night rally, Gov. Greg Abbott (R) announced his support for voucher legislation that would send public taxpayer dollars to unaccountable private schools. Abbott was previously criticized by fellow conservatives for not including school choice in his “Parental Bill of Rights” proposal announced earlier this year during a campaign event at a charter school. Voucher bills have repeatedly been blocked by the Texas House of Representatives, but according to The Texas Tribune, House Speaker Dade Phelan (R-Port Neches) recently indicated he would allow a vote on voucher-related legislation next session.

ATPE released a statement Tuesday in response to Abbott’s announcement, saying, “The governor is again attempting to capitalize on trendy political rhetoric by mislabeling vouchers as a ‘parental right’ and again ignoring the facts: Texas voters support Texas public schools.” In an interview with KXAN News, ATPE Lobbyist Mark Wiggins pointed out that parents surrender many of their rights at the doorstep of a private school. 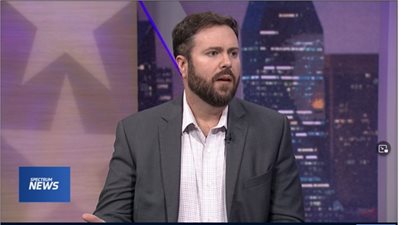 Similarly, ATPE's Andrea Chevalier told the Dallas Morning News that private schools are not held to the same legal requirements as public schools that serve to protect parents’ rights. In a segment on Spectrum News Capitol Tonight, ATPE's Monty Exter also explained that there is only “one pie” for school funding, and vouchers would necessarily take away available funding for Texas public schools.

RUNOFFS: Texas Secretary of State John Scott released information today encouraging all registered voters to vote in the May 24 runoffs for the Republican and Democratic party primary elections. The early voting period lasts only five days, beginning Monday, May 16, and ending next Friday, May 20. In this blog post, ATPE’s Mark Wiggins writes about what the runoffs could mean for education issues next session, plus reminders about who is eligible to vote in each runoff.

ATPE’s Teach the Vote resources now include profiles of candidates for Texas Attorney General, where there are runoffs taking place May 24 on both the Republican and Democratic sides. Teach the Vote profiles also cover candidates vying for the Texas Legislature, State Board of Education, Governor, and Lieutenant Governor. Use our search tools to learn more about the candidates and make your plan now to vote in the runoffs this month. 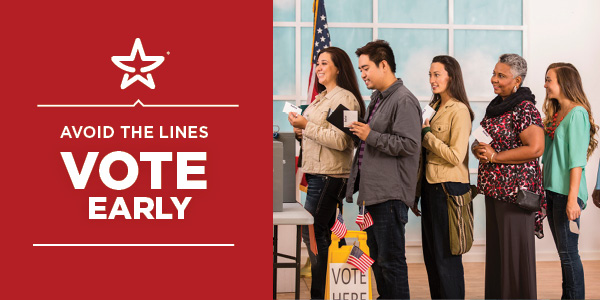 Voters in Texas House District (HD) 147 picked their new state representative in a special election held the same day. Jolanda Jones (D-Houston) received 52% of the votes, defeating Danielle Keys Bess (D) by 202 votes, for the right to serve the remainder of the term of former Rep. Garnet Coleman. Jones and Bess are also competing in the May 24 runoff election to determine who will represent HD 147 for a full term beginning in January 2023. (The timing of the special election made this one a bit confusing).

In HD 38, a seat vacated by former Rep. Eddie Lucio III will be filled by Erin Gamez (D-Brownsville). Gamez was the only candidate who filed to run in that special election and is also the lone candidate on the November ballot for HD 38.

LEGISLATURE: The Senate Higher Education Committee met Tuesday, May 10, to consider interim charges on workforce education, post-secondary enrollment trends, financial aid incentives to increase teacher recruitment, and more. Ken Martin, Chief Financial Officer of the Texas Higher Education Coordinating Board, gave the committee an overview of loan repayment programs for teachers meant to incentivize individuals to work in high demand areas. The Teach for Texas Loan Repayment Assistance Program is an older program with high participation that provides up to $2,500 to those teaching in designated critical shortage areas such as special education. The Math and Science Scholars Loan Repayment program, launched in 2015, provides up to $10,000 in loan relief to math and science majors who teach math or science in Title I schools, but participation in the program has been low. In 2019, ATPE-supported Senate Bill (SB) 1757 lowered the GPA requirement for the program from 3.5 to 3.0 and reduced the teaching commitment from eight to four years. 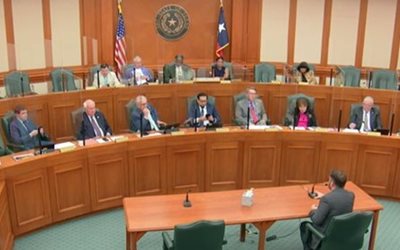 The House Public Education Committee will meet Tuesday, May 24, to discuss a variety of interim charges. The lengthy agenda includes opportunities for public feedback on accelerated instruction under HB 4545, Reading Academies, and the impacts of COVID-19 on learning loss and students’ mental health. The Senate Education Committee will also meet May 24 for its first interim hearing to discuss the COVID-19 impact on the educator pipeline, HB 4545, school bonds, and homestead exemptions from school district property taxes.

Related: We wrote last week about ATPE’s testimony before the Senate Finance Committee urging lawmakers to provide a cost-of-living adjustment (COLA) to increase TRS retiree benefits. Reporter Ali Linan with CNHI interviewed ATPE’s Monty Exter for an article this week about the impact of inflation on retired teachers’ income. Exter said there’s an expectation that salaries to keep up with inflation over time, but “for our retired educators and their annuities, that doesn't happen.”  Read the full article here.

IDEA: As reported Thursday by the Houston Chronicle, the IDEA Charter Schools chain announced this week that TEA Deputy Commissioner of Governance and Accountability Jeff Cottrill will start as the IDEA superintendent in June. The announcement raised eyebrows because of the fact that Cottrill, in his role at TEA, headed the division that has been overseeing an investigation of the IDEA charter chain following a May 2021 audit that found “substantial evidence” of its misuse 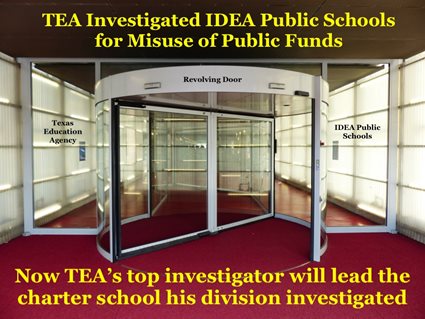 of money for the personal gain of its executives. IDEA and TEA both told reporters Cottrill recused himself from the investigation once he was recruited for the charter school’s top position.

IDEA serves over 49,000 students in Texas and received over $630 million in taxpayer funding from the state in 2020-21. That same year, TEA authorized the large chain of charter schools to expand its footprint in Texas despite revelations that IDEA had spent massive sums on executive salaries and perks, including a private jet. 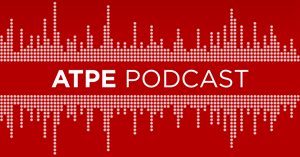 PANEL: Pastors for Texas Children is inviting educators and other stakeholders to attend a free panel discussion on "Supporting Teachers in Such a Time as This." The event will take place Monday afternoon, May 16, in Bryan, Texas. Click here for more details.
Previous
Next

Thank you for your bold leadership and representation, ATPE!