The Texas Legislature got back to business this week following last week’s winter storm shutdowns. Here is a look at the latest developments from the ATPE Governmental Relations team.

FEDERAL UPDATE: The U.S. Department of Education (ED) released guidance this week detailing new flexibility for states regarding student testing. The guidance included encouraging states to extend their testing window for English-language proficiency, which TEA acted on yesterday by extending the TELPAS testing window to May 28. Under the guidance, states may seek waivers to allow for test postponement, shortened tests, or even remotely administered tests. Earlier this year, ED extended a February 1 deadline for states to request testing and accountability waivers, though Texas officials have not indicated any inclination to do so. See more in this post by ATPE Governmental Relations Director Jennifer Mitchell, including ATPE’s press statement on the development.

The Teacher Retirement System (TRS) Board of Trustees met today. While the board was originally scheduled for its standard three-day meeting, the combination of Winter Storm Uri and several days of budget hearings this week required the board to consolidate to a one-day meeting on Friday, February 26. Despite the consolidated schedule, the board held a robust meeting. Read more about today’s meeting in this post by ATPE Senior Lobbyist Monty Exter. 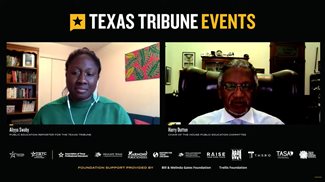 Texas House Public Education Committee Chairman Harold Dutton (D-Houston) spoke in an ATPE-sponsored Texas Tribune interview this week about his education outlook this session. Dutton questioned the role of standardized testing and affirmed that there would be a financial “hold harmless” for school districts. Read more highlights of the interview in this blog post by ATPE Lobbyist Mark Wiggins.

Chairman Dutton will also be a featured panelist at this weekend’s ATPE at the Virtual Capitol.

ATPE recently submitted comments to the Texas Education Agency (TEA) on proposed changes to the Teacher Incentive Allotment (TIA) rules. The changes would require districts to correlate student growth and teacher observation in their evaluation systems and give TEA more administrative discretion. ATPE expressed concern about the proposed changes, asking for greater clarity and flexibility within the rules. See more in this blog post by ATPE Lobbyist Andrea Chevalier. 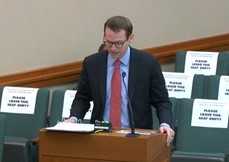 LEGISLATIVE UPDATE: The budget-writing committees in both chambers of the Texas Legislature heard testimony this week on public education. ATPE and the three other statewide teacher organizations sent a joint letter to the House Appropriations and Senate Finance Committees outlining our priorities. Texas Education Commissioner Mike Morath testified before both committees, discussing TEA’s budget requests and issues such as testing and remote learning. Read more in this blog post by ATPE Senior Lobbyist Monty Exter.

State officials incorporated ATPE’s requested changes to the Blended Learning Grant Program rules that were proposed by Commissioner of Education Mike Morath in December. ATPE submitted public comments on the rules expressing our concerns with TEA’s definition of “blended learning,” which did not align with well-established definitions and might have put school district funding at risk. The adopted rules, published today, indicate TEA’s agreement with ATPE and include a clarified definition of blended learning. 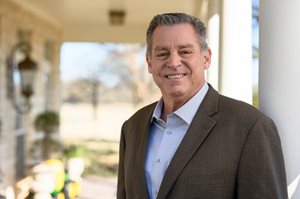 ELECTION UPDATE: Election Day for the Texas House District 68 special election was Tuesday, Feb. 23. David Spiller (R-Jacksboro) won the runoff with 62.9% of the vote. Only 6,610 people voted in the race, compared to over 66,000 who cast votes in that district during the November 2020 general election. Spiller will replace the former representative, Sen. Drew Springer (R-Muenster), who joined the Texas Senate in another recent special election. ATPE congratulates Representative-Elect Spiller and looks forward to working with him.