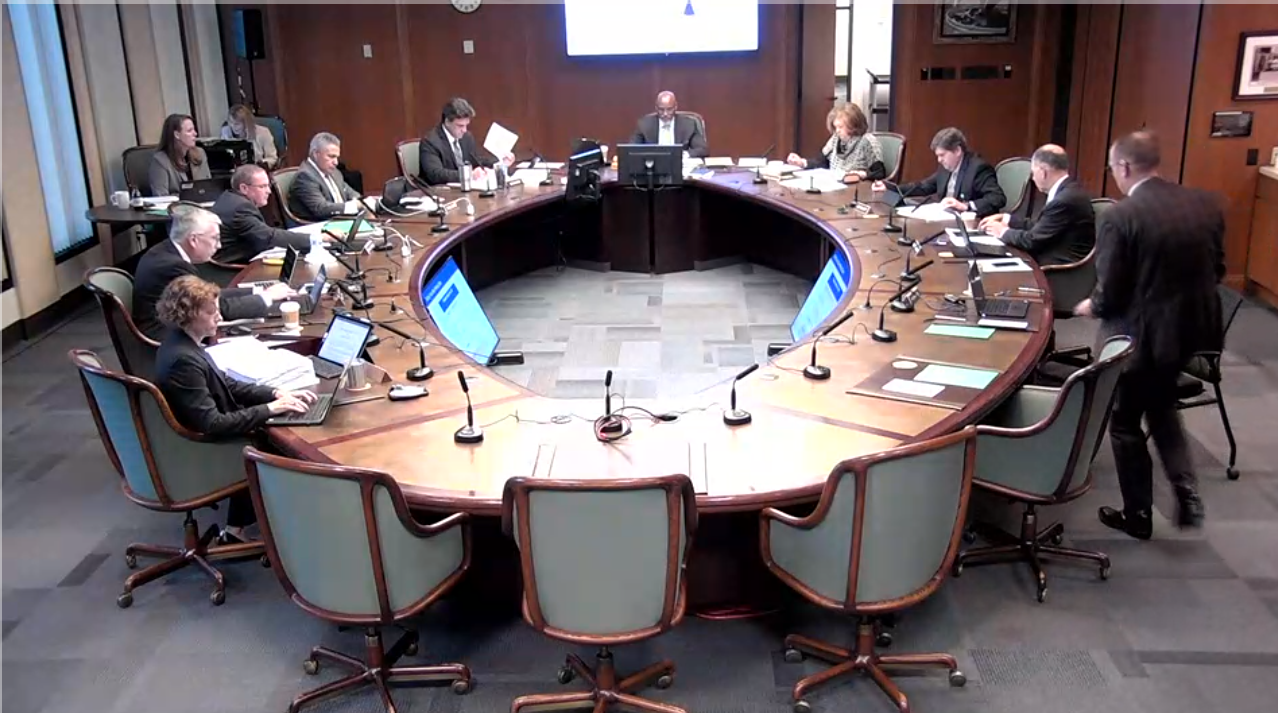 The Teacher Retirement System (TRS) Board of Trustees, which oversees the approximately $200 billion TRS pension fund and the TRS-Care and TRS-ActiveCare health insurance programs, was in Austin for a regularly scheduled meeting this week, September 16-17, 2021. During the Thursday and Friday meetings, the board took action on implementing a one-time supplement payment or “13th check” for retired educators, moving forward with plans to purchase a new primary facility, and the hiring of a permanent ombuds for the agency.

ATPE has been advocating for and reporting on efforts to secure a supplemental payment, often called a 13th check, since early in the 2021 regular legislative session. Those efforts came to fruition during the second  special session with the passage of Senate Bill (SB) 7 by Sen. Joan Huffman (R–Houston), which authorized the 13th check, and House Bill (HB) 5 by Rep. Greg Bonnen (R–League City), which makes supplemental appropriations in the state budget, including funding for the 13th check. Gov. Greg Abbott earlier this week signed HB 5 into law, after he had previously signed SB 7. This made way for the TRS board to vote unanimously on instructing the agency’s staff to deliver a 13th check to all eligible retirees.

The resolution adopted by the board directs TRS staff to issue the supplemental payment in January 2022 in accordance with the provisions in SB 7. The January distribution date was chosen based on past TRS member feedback indicating that retirees prefer to receive an extra payment at the beginning of the year in order to give them additional time to make any necessary tax or financial planning adjustments related to additional income.

TRS has posted information related to the 13th check on its website here, plus FAQ’s here and social media updates here.

As Teach the Vote readers likely know, TRS has been deliberating on how to address the agency’s long-term facilities needs for several years.  On Friday, the TRS board voted unanimously to approve the agency staff recommendation to relocate TRS’ Red River headquarters and additional leased space from downtown Austin to the Austin Mueller Business District, just north of downtown. The move would reunite the investment team, now leasing offices downtown, with the rest of the agency on a single campus owned by TRS.

Some have expressed concerns that expenses related to the move might affect the TRS pension fund’s ability to support a future cost-of-living adjustment (COLA), which is expected to be a topic of consideration during the next regular legislative session in 2023, In response, TRS reached out to its actuary to assess the impact of purchasing a new campus on the trust fund.  The actuary found that between the sale of the existing building, the discontinuation of leasing downtown, and the anticipated value of the new building after its purchase and completion, there very likely would be “no impact to the funded ratio or the funding period.” In other words, the move should not affect the actuarial soundness of the fund or the push for a COLA.

The new TRS campus will include two main buildings located next to each other. The first of those buildings is substantially complete and expected to be ready to move into before the expiration of the investment division’s current lease in 2023. The second building will be customized by TRS with the intention that it will become the building primarily used by TRS members. Here is a high-level timeline of the schedule regarding the move to the new facility. 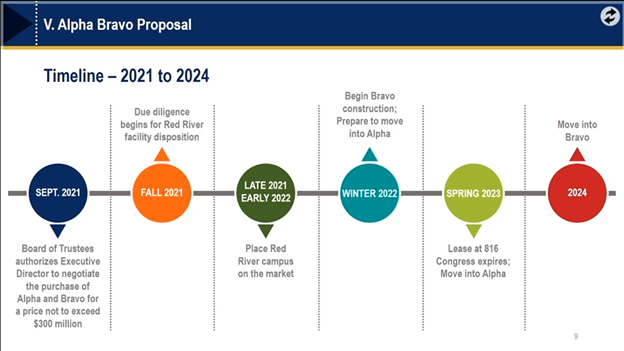 Finally, after interviewing the two finalists, the board hired Randon Wilkins to serve as the agency’s permanent TRS ombud. The ombuds position was created as part of the TRS sunset bill,  HB 1585 by Rep. Stan Lambert (R-Abilene), passed during the regular session. As previously reported, the ombuds will serve as a link between TRS members and the agency to help foster better communication and facilitate more efficient resolutions to member issues and concerns. TRS board secretary Katherine Ferrell has been serving as the interim ombuds since shortly after HB 1585 passed earlier this year. Ferrell will continue to serve as in her role as secretary.

View board materials and video of the September TRS meeting here.