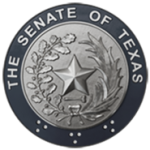 On Friday, the Senate Finance committee released its interim report containing recommendations for the 87th Texas Legislature set to convene in Jan. 2021. The report touched on proposed reforms to the Teacher Retirement System (TRS) of Texas and the Permanent School Fund (PSF), which helps fund public schools in Texas.

Each committee in the Texas Legislature spends the time between legislative sessions -- the "interim" -- writing a report to hand off to that committee's future self when the next session begins. The subject matter of the interim report is determined by interim committee charges handed out by the lieutenant governor in the Senate and the speaker in the House. The charges generally include monitoring major legislation passed in the prior legislative session, committee recommendations on how to address notable developments since session that fall under the committee's jurisdiction, and proposals for additional legislation to consider in the upcoming legislative session. 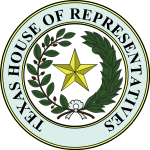 Typically a committee’s interim report is preceded by one or more interim hearings on the committee’s assigned charges, but due the realities of COVID-19 have kept committees from holding regular hearings this year. On July 16, Texas House Speaker Dennis Bonnen informed House committee chairs of three COVID-compliant options for conducting interim business. In keeping with those options, house committees have recently put out calls to the public for written comments, which the committee will consider prior to releasing its report. However, seeking public input is not a prerequisite to producing an interim report, and some committees may not request any such feedback.

The Senate Finance Committee was first out of the gate this cycle to release its interim report. In it, the committee studied the management, structure, and investments of the state's major trust funds. At a combined nearly $200 billion, the Teacher Retirement System of Texas' (TRS) pension fund and the Permanent School Fund (PSF) are among the state's largest trust funds, and the report touched on each. The report also highlighted the impact the economic recession driven by COVID-19 has made on the state's investment funds across the board.

Legislators passed Senate Bill (SB) 12 last session, a significant reform bill aimed at increasing contributions to the TRS pension fund in order to reduce its funding period from 87 years to 29 years and qualify for a cost-of-living adjustment (COLA). The Senate Finance committee’s interim report mentions that the need to serve 1.6 million retirees necessitates a significant staff size, which in turn requires substantial office space for TRS. The agency is currently seeking a long-term solution for its space needs.

The committee report also noted that the 15-member State Board of Education (SBOE) and the 5-member School Land Board (SLB) each control a portion of the PSF. The SBOE manages $34 billion in the fund's investment portfolio, while the SLB manages $7.1 billion in real estate owned by the PSF. Each entity has the authority to transfer money to the Available School Fund (ASF), which provides money to local districts, but the SLB has usually routed its portion through the SBOE. This separation became a political issue last session. Legislators unsuccessfully attempted to pass a bill that would have created a combined management structure, settling instead on a bill that required the SLB and SBOE to hold formal meetings in order to work together.

The recommendations in the Senate Finance report relevant to TRS and the PSF include the following:

Despite Pre-K through 12th grade public education funding representing over one-third of the total Texas budget, public education is not significantly addressed, outside of the limited areas mentioned above, in the Senate Finance Committee's report.

The following other legislative committees have posted notice for formal requests for information directly related to public education:

The House Pensions/Investments/Financial Services committee is requesting information due by August 28, 2020, related to a few of that committee's interim charges. Interim Charge 2 is to monitor TRS actions in implementing high-deductible regional healthcare plans for certain school districts interested in providing alternatives to the current TRS-ActiveCare options. Interim Charge 4, which is a joint charge with the House Appropriations committee, is to review and evaluate the actuarial soundness of the Employees Retirement System and TRS pension funds; examine the cost of and potential strategies for achieving and maintaining the actuarial soundness of the funds; examine the effect the unfunded liabilities could have on the state's credit; and examine the state's investment policies and practices, including investment objectives, targets, disclosure policies, and transparency. Interim Charge 5 is to monitor the State Auditor's review of agencies and programs under the Committee's jurisdiction.

The House Higher Education committee is also requesting information, due by September 1, 2020, on five interim charges, which cover a variety of topics including online coursework and degrees, reviewing progress towards 60x30TX goals, and higher education infrastructure.

The House Appropriations subcommittee on Article III has issued a formal request for information, due by September 30, 2020. The subcommittee will address one interim charge specifically related to K-12 education, which is to evaluate the ongoing costs associated with implementing the provisions of last year’s school finance and reform bill, House Bill (HB) 3. In addition to this charge, the committee will also seek information related to oversight of the implementation of education-related legislation and spending, as well as higher-education funding equity and efficiency.

The House Ways and Means committee is requesting information due by September 14, 2020, on a variety of charges, one of which is to study and consider possible methods of providing tax relief, including potential sources of revenue that may be used to reduce or eliminate school district maintenance and operations property tax rates.

The House Elections committee has requested information due by September 18, 2020, on its interim charges, which include oversight of elections bills passed by the 86th legislature last year, making recommendations for best practices for conducting an election during a declared disaster, and evaluating election laws with the purpose of strengthening voter integrity and fair elections. The charges also include a review of the state's curbside voting protocols, which are increasingly being utilized due to the COVID-19 pandemic.

The Texas Senate has not released ways for other committees to conduct interim business. As of now, the Senate Health and Human Services committee has a hearing scheduled for September 9, 2020, at 9:00 a.m.

Stay tuned to Teach the Vote for updates on additional interim committee work between now and the end of the year.