The State Board of Education (SBOE) is responsible for adopting curriculum standards known as the Texas Essential Knowledge and Skills (TEKS), which are periodically reviewed by subject area on a rotating schedule. The board has already begun this TEKS review and revision process for social studies, which must be completed by December 31, 2022, and ATPE encourages educators to take advantage of their opportunity to steer the process.

The SBOE soon will be selecting educators and others to serve on work groups charged with recommending updates to the TEKS, including changes required under several pieces of high-profile civics legislation passed by the Texas Legislature this year. Application details are included at the bottom of this post.

HB 4509 requires the board to include a laundry list of documents in the TEKS such as: the Federalist Papers, including the entirety of Essays 10 and 51; excerpts from Alexis de Tocqueville’s Democracy in America; the transcript of the first Lincoln-Douglas debate; the writings of the founding fathers of the United States; the entirety of Frederick Douglass’ speeches "The Meaning of July Fourth for the Negro" and "What the Black Man Wants.”

HB 3979 was often misleadingly referred to as a bill to ban the teaching of “critical race theory,” though that phrase is not mentioned anywhere in the legislation. As passed during the regular session, the bill also included an extensive list of items to be added to the TEKS, many of which were requested by members of the Texas House. However, Gov. Greg Abbott and the authors and sponsors of HB 3979 were displeased by several of the added topics and documents, such as those related to the accomplishments of marginalized populations, the Chicano movement, women’s suffrage and equal rights, the civil rights movement, Native American citizenship and rights, the American labor movement, the history of white supremacy, including the institution of slavery, the federal Voting Rights Act of 1965, and the work of Cesar Chavez and Dolores Huerta. Read more about HB 3979 in our previous blog reporting here.

At Gov. Abbott’s urging, the Legislature revisited the civics education legislation during the second special session and passed SB 3, which removed the section of HB 3979 containing the more prescriptive list of requirements, including those added by Democrats on the House floor, and replaced it with a requirement for the SBOE to adopt TEKS that include: 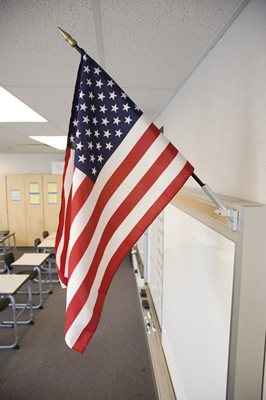 “(1) an understanding of: (A) the fundamental moral, political, entrepreneurial, and intellectual foundations of the American experiment in self-government; (B) the history, qualities, traditions, and features of civic engagement in the United States; (C) the structure, function, and processes of government institutions at the federal, state, and local levels; and (D) the founding documents of the United States;”

“(2) the ability to: (A) analyze and determine the reliability of information sources; (B) formulate and articulate reasoned positions; (C) understand the manner in which local, state, and federal government works and operates through the use of simulations and models of governmental and democratic processes; (D) actively listen and engage in civil discourse, including discourse with those with different viewpoints; and (E) participate as a citizen in a constitutional democracy by voting; and

“(3) an appreciation of: (A) the importance and responsibility of participating in civic life; (B) a commitment to the United States and its form of government; and (C) a commitment to free speech and civil discourse.”

Now the work of integrating this law into the state’s curriculum standards falls to elected SBOE members and the educators they select to advise them. This means participating educators can have meaningful input on how SB 3, HB 4509, and HB 3979 are implemented in practice. Educators who participate in the social studies work groups will have the opportunity to shape the TEKS for millions of students across Texas and beyond. The TEKS ultimately determine the content of STAAR tests and approved textbooks that must match the TEKS. Because so many other states utilize the same textbooks that are published to align with the Texas curriculum standards, the upcoming TEKS review process has tremendous significance for the teaching of social studies throughout our country in the years to come.

Interested and qualified educators may apply to serve on one of the work groups using this form on the Texas Education Agency (TEA) website. The application is currently open and will remain open through the spring of 2022. Several work groups will be chosen, so there are plenty of opportunities to participate.
Previous
Next