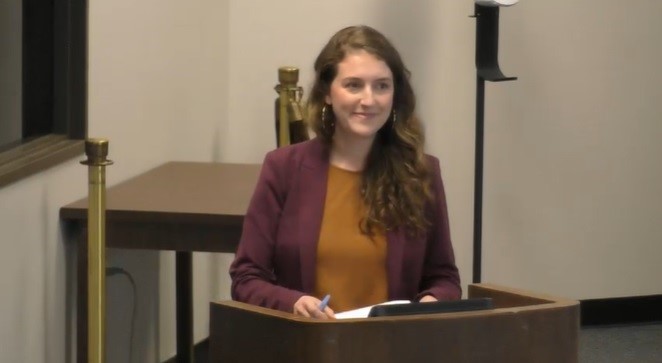 The State Board for Educator Certification (SBEC) convened Friday, Feb. 11, 2022, to take up an agenda that included proposed changes to certification exams and other actions to implement recently passed legislation. Here are some highlights of the meeting:

EdTPA. ATPE Lobbyist Andrea Chevalier testified against a proposal to begin a three-year phase-in to implement the EdTPA performance assessment as a certification exam. The Texas Education Agency (TEA) has worked toward replacing the PPR with an enhanced option for several years and chose EdTPA after soliciting responses to a request for proposal in 2017. TEA oversaw a three-year pilot of EdTPA in some educator preparation programs (EPPs), which was extended by one year due to the COVID-19 pandemic. Dr. Stacey Edmonson and Dr. Christina Ellis of Sam Houston State University spearheaded a parallel pilot program using the Texas-specific teacher evaluation tool, T-TESS, as a foundation for performance assessment embedded within a candidate’s preparation, rather than as a certification exam. Throughout the pilot, education stakeholders have raised concerns about the EdTPA exam’s reliability and validity, high cost, and lack of success in other states.

On Thursday, Feb. 10, SBEC members engaged in a work session to discuss certification exam options other than EdTPA. The board heard from Dr. Elizabeth Ward of Texas Wesleyan University, who advocated that performance assessment be included within EPP curriculum rather than mandating EdTPA for certification. A teacher educator from Texas Tech University who participated in TEA’s EdTPA pilot gave a detailed explanation of how the exam is implemented. The discussion bled into Friday’s board meeting, where SBEC members called up Drs. Edmonson and Ellis to share the results of their alternative pilot, which used the T-TESS evaluation as a performance assessment within the preparation program. Edmonson and Ellis stressed that the did not intend for T-TESS to be used as a certification exam.

The proposal on Friday’s SBEC agenda provides that, in year one of the phase-in, all candidates seeking a standard or probationary certificate would have the choice to take the EdTPA exam on a pass/fail basis (no cut score yet) or the current PPR exam. In year two, candidates would have to take EdTPA, still on a pass/fail basis, but the exam data would factor into EPP accountability. By year three of the phase-in, during the 2024-25 school year, candidates would be subject to a cut score on EdTPA and implementation of the pedagogy exam replacement would be complete.

Chevalier urged the board Friday to reject the adoption of EdTPA as a mandatory exam for standard certification and instead work toward setting criteria to improve candidate preparation. She stressed that the exam is cost-prohibitive, at $311, and that making the exam mandatory would constrict the flexibility and innovation afforded to EPPs in terms of their curriculum. Because the exam comes with very specific guidelines, handbooks, and rubrics, EPPs would have to “teach to the test” using materials developed for use around the country, which is eerily reminiscent of the national Common Core curriculum standards that Texas lawmakers outlawed years ago. In ATPE’s written testimony, we pointed to insufficient evidence provided by TEA that EdTPA is the right answer. We also expressed our concerns that the increased cost will worsen teacher shortages and that most teachers in Texas will begin teaching before completing standard certification, therefore experiencing little benefit from the EdTPA exam prior to their initial placement in the classroom. 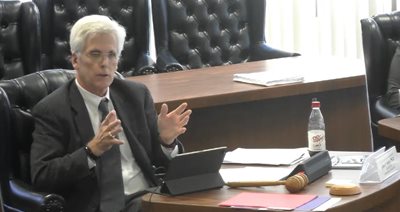 Ultimately, the board gave preliminary approval to the proposal, with three no votes from SBEC members Tommy Coleman, Rex Gore, and Bena Glasscock. Gore stated in his closing comments he was concerned the switch to EdTPA may improve some lower-performing EPPs but also “saddle” those that are high-performing programs. SBEC Chair John Kelly directed TEA staff to come back to the next board meeting with a discussion item to consider alternatives to EdTPA, though the language used in his directive suggests that these would be alternative certification exams rather than alternative approaches to improving educator preparation, such as embedding performance assessment within the curriculum.

A public comment period for the EdTPA certification exam proposal will be open from March 18 to April 18, 2022, and notice will be published in the Texas Register. The proposal will be up for final adoption at the April 29 SBEC meeting, and if approved, the rules will head to the State Board of Education (SBOE) for final review during that board’s June 14-17 meeting.

SBEC adopted the following in Friday’s consent agenda, which is a package of uncontested proposals approved in one fell swoop:

In the consent agenda, SBEC also gave preliminary approval to the following:

The board also took the following actions at its February meeting:

SBEC members also discussed the creation of an “Effective Preparation Framework,” which is an ongoing process involving multiple stakeholder groups, including the Educator Preparation Advisory Committee of which ATPE Lobbyist Andrea Chevalier is a member. The framework is expected to lead to a discussion of potential rule changes by the end of 2022.

Finally, the board discussed an update to educational aide certification requirements for high school students who participate in industry-based certification within the education and training field. The change would align with recent course additions approved by the SBOE.

The next SBEC meeting will be held April 29, 2022.
Previous
Next