Gov. Greg Abbott has set September 28, 2021, as the date for the special runoff election to fill the open seat in Texas House District (HD) 10. The two candidates in the race are:

HD 10 encompasses all of Ellis County and part of Henderson 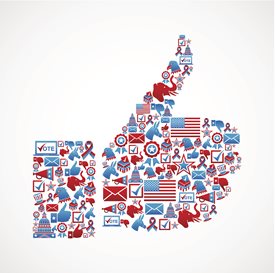 County. It includes Waxahachie, Midlothian, Ennis, and a narrow strip of land running north to south between Cedar Creek Reservoir and the Trinity River. The district spans 17 different school districts, with Waxahachie the largest.

Wray is a Waxahachie attorney and small business owner who previously held the HD 10 seat from 2015 to 2020. He did not seek re-election in 2020. Harrison is a small business owner from Midlothian who previously worked for the U.S. Department of Health and Human Services. Harrison ran unsuccessfully for a seat in Congress in another special election earlier this year.

The HD 10 race is shaping up to be a showdown over private school vouchers. Former State Representative Wray is endorsed by Texas Parent PAC, which supports pro-public education candidates who explicitly oppose redistributing Texas taxpayer dollars intended for public schools to benefit private schools and homeschooling. Wray is also endorsed by members of the Waxahachie ISD Board of Trustees.

On the other end of the spectrum, Harrison is endorsed by former U.S. Secretary of Education Betsy DeVos. The DeVos family are longtime voucher promoters, and Betsy DeVos spent much of her time in federal government attempting to use her office to expand vouchers.

The DeVos family are also the founders and financial backers of the American Federation for Children, a dark-money PAC based in Washington, D.C., that provides anonymous funding for voucher initiatives across the country. Campaign finance records show that the organization’s Texas arm, the D.C.-based Texas Federation for Children, spent $24,500 on negative advertising attacking Wray during the first round of the HD 10 special election and another $500 on ads supporting Harrison.

Harrison has also criticized Wray for touting teachers’ support. In a video posted to Facebook, Harrison tells a town hall audience that he will fight against “liberal teachers unions,” accusing teachers of standing in the way of his legislative priorities—one of which, he indicated, is school privatization.

ATPE is not a union and does not endorse candidates. Using our Teach the Vote website, we share profiles of all candidates seeking seats in the Texas Legislature and invite them to participate in the ATPE Candidate Survey. Our association has consistently opposed vouchers and other forms of privatization according to the nonpartisan ATPE Legislative Program, which is adopted by our members each year.
Previous
Next