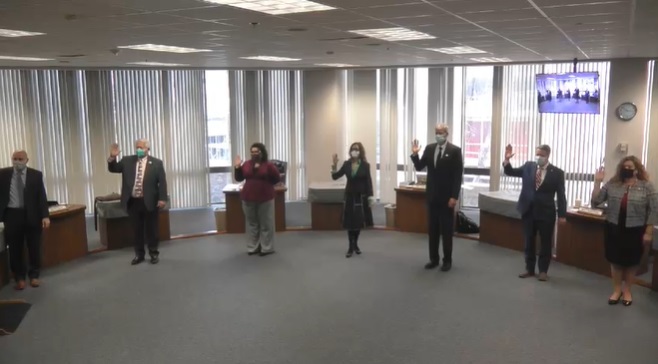 The State Board of Education (SBOE) met Tuesday in Austin to hold its first meeting of 2021, as well as to swear in several new members and reorganize. Newly elected board members include Will Hickman (R-Houston), Jay Johnson (R-Pampa), Rebecca Bell-Metereau (D-San Antonio), and Audrey Young (R-Nacogdoches).

The board voted Member Pam Little (R-Fairview) as vice-chair and reelected Member Georgina Perez (D-El Paso) as board secretary. Texas Education Agency (TEA) staffer Yolanda Walker will assume the role of executive director of the board’s agency support staff – a role that has gone unfilled for several years.

The Committee on School Finance/PSF oversees the investment portfolio that comprises the primary source of state funding for public schools. The Committee on School Initiatives tackles operational issues, such as the approval or rejection of new charter schools. It also wields the board’s veto authority over rules passed by the State Board for Educator Certification (SBEC), which include teacher certification and educator preparation issues. The Committee on Instruction focuses on questions concerning curriculum.

Members of each committee will elect a chair when they hold their first formal meeting on Thursday.

The board also adopted new operating rules incorporating a handful of changes recommended by TEA staff. Notable among those changes, the window to register to testify at an upcoming SBOE meeting will be shortened to the Thursday and Friday of the week before the meeting. Members of the public wishing to testify previously had Friday through the Monday before the scheduled meeting in which to register. The board approved the change after TEA complained that allowing members of the public to register over the weekend created too much work for staff.

After breaking for lunch, the board turned its attention to review of the Texas Essential Knowledge and Skills (TEKS) curriculum standards for high school science. The board will continue this discussion through Wednesday, when it is also scheduled to take up TEKS for high school social studies.

Next to last paragraph——Too much work for staff over the weekend??? Speak to the teachers who have spent many more hours than you could imagine to meet with your ridiculous expectations! You will see a mass exodus of teachers - good and qualified teachers- who have spent the last year living in hell trying to juggle your unrealistic expectations while trying to keep their families and themselves well both physically and mentally !!! But you people don’t want to overload your work schedule to the weekends?! In all my 30 years, TEA has become against the teachers NOT for them!