“May you live in interesting times” 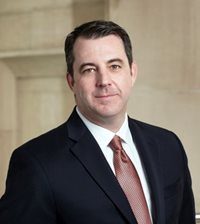 “Interesting” is one way to put how things are going these days in American politics – which has become such a toxic mess it makes many of us long for the “uninteresting” days when our government and our society functioned at a much higher level. What used to be disagreements between our two major political parties and their voters about the appropriate size and function of our government have morphed into tribalism and a cultural civil war, where both sides seem to have forgotten all the important things that bind us together as Americans — and instead are laser focused on ensuring their side “wins” at any cost. This has made it very difficult for our elected officials in both Austin and in Washington, D.C. to govern, which takes work, deliberation, and bipartisan compromise. Unfortunately, way too many of our state legislators and members of Congress are now much more concerned with appealing to their increasingly extremist partisan bases so they can get reelected than they are with passing legislation to help their constituents.

Notwithstanding the partisan rancor in Washington, there are still a few work horses in the U.S. Congress who are willing to put aside politics and put in the work it takes to reach bipartisan solutions to the problems we face as a nation. Although Democrats currently control both the White House and Congress, the margins in both the U.S. House and U.S. Senate are extremely narrow, and the Senate filibuster rule means that the Democrats must find Republicans to work with in order to pass most legislation.

HR 3684, the Invest in America Act, is a great example of both sides coming together in Congress and advancing a major and long overdue investment in infrastructure spending on roads, bridges, airports, broadband, cybersecurity, clean water, and more. Although Texas stands to receive tens of billions of dollars for infrastructure projects from this historic bipartisan legislation that we need to keep our state’s economy strong and keep up with the enormous population growth we are experiencing, unfortunately neither of the two U.S. Senators from Texas joined 19 of their Republican colleagues in supporting the bill. 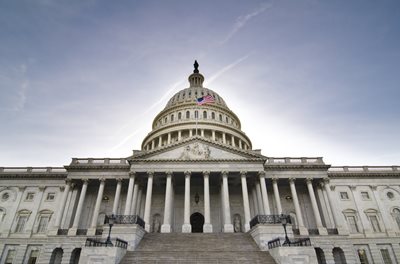 Partisanship is a two-way street in D.C. for sure, and now Democrats are moving a strictly partisan bill to fulfill much of President Joe Biden’s “Build Back Better” plan to invest billions more in “human infrastructure” under “reconciliation” rules that require only a majority vote in the Senate rather than the 60 votes needed for most legislation. As a sign of the times and depending on which side you talk to, this bill is either a transformative investment that will greatly benefit lower and middle-income Americans, slow climate change, and spur economic growth — or it is a Socialist plot and the downfall of the country. The bill increases taxes on the wealthiest Americans and on corporations and reallocates that money to lower-earning individuals through policies such as the child tax credit, universal pre-K, child-care, family leave, and investments in education, workforce training, and green energy, among others.

The K-12 education provisions in the House-passed version of the bill include sections that would increase funding for federal grant programs to states to address teacher shortages in high-need schools and subjects, develop high-quality school principals, support teacher preparation programs, and provide grants to support healthy food choices in school cafeterias. It would also increase funding to the Environmental Protection Agency (EPA) to improve air and drinking water quality in schools. The bill would also fund universal pre-K programs in states for three- and four-year-old kids and grants for states to expand access to affordable child-care and fund family and medical leave for employees who do not have it.

The fate of the House-passed bill now rests with the Senate, where moderate Democrats like Sens. Joe Manchin (D-WV) and Kyrsten Sinema (D-AZ) have raised concerns about the overall cost of the bill and specific provisions of the House approach, including the family leave expansion. Although the Democratic Leadership in the Senate would like to vote on the bill before Christmas, that seems highly unlikely at this point with so many unresolved issues to work out on both the tax and spending sides. 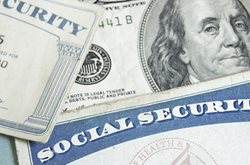 ATPE’s top priority for the 117th Congress continues to be passage of legislation to repeal and replace the Windfall Elimination Provision (WEP) offset in current Social Security (SS) law. This arbitrary formula reduces the SS benefits of thousands of Texas public educators and others eligible for both a government pension like TRS and a SS benefit. The need to repeal and replace the WEP has traditionally been treated as bipartisan, with Reps. Richard Neal (D-MA) and Kevin Brady (R-TX) introducing legislation together that would replace the WEP with a proportional formula based on the beneficiary’s actual service in SS-covered positions. However, like almost everything else in D.C. now, partisanship has taken hold on this issue as well — and this year the two members filed separate bills.

Neal, the Chairman of the powerful U.S. House Ways and Means Committee that has jurisdiction over Social Security, filed HR 2337 that would provide a $150 monthly rebate for current retirees and grandfather everyone into perpetuity into the better of the old or new formula. Brady, who is the Ranking Republican on that same committee takes a very similar approach with HR 5834 that is a little less generous, but it would not require a general revenue transfer to the SS trust fund to cover the bill’s cost in the way Neal’s bill would.

ATPE is urging all members of the Texas delegation, Republican or Democrat, to cosponsor both bills and urge the Chairman and Ranking Member to work together toward a bipartisan compromise that can pass both chambers and be signed by the President in 2022. It is especially important for Texas Democrats to support and cosponsor Rep. Brady’s bill (HR 5834), which we hope will increase the likelihood that Chairman Neal will agree to a compromise between the two bills, which are not that far apart at all.

Although sometimes it feels like Don Quixote and his windmills, we will continue to urge the Texas congressional delegation to work together in a bipartisan way to support public education and educators and the future leaders they teach. Repealing and replacing the WEP with a simpler and fairer formula in 2022 would be a great place to start a new era of functional government.


David Pore is a Partner in the Washington, D.C. office of Hance Scarborough LLP and a long-time contract lobbyist for ATPE.

REMINDER: ATPE members can use our communication tools on Advocacy Central (ATPE member login required) to send a quick message to their members of Congress in support of the WEP legislation.
Previous
Next

Thank you, David, for your ongoing relentless efforts to help educators receive what is owed them. Your description of the appalling state of our country is one of the most accurate I have seen. “What used to be disagreements between our two major political parties and their voters about the appropriate size and function of our government have morphed into tribalism and a cultural civil war, where both sides seem to have forgotten all the important things that bind us together as Americans — and instead are laser focused on ensuring their side “wins” at any cost.” Yes, it appears those elected to serve us have abandoned us, except for those few you mentioned who are willing to stand for the people no matter the barriers.

Although educators have not contributed enough towards SS, it seems unfair to them to be ineligible for survivor or spousal benefits if their spouses have paid into the system for 40 plus years