The State Board for Educator Certification (SBEC) met Friday, Sept. 30, with an agenda that featured a discussion of stakeholder engagement, virtual teacher internships, and performance assessments for teacher candidates, including the controversial edTPA administered by Pearson. 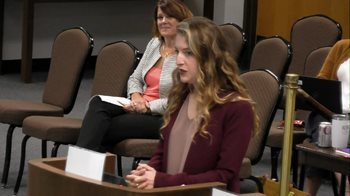 ATPE Lobbyist Andrea Chevalier testified Friday on behalf of panelists who were invited to a July SBEC work session regarding performance assessment. Chevalier and the other four July panelists continued to meet informally through September to generate a letter for SBEC members showing areas of consensus among stakeholders and areas for further discussion. Chevalier emphasized the need for continued stakeholder engagement to find a Texas solution that has buy-in by the majority of those impacted by any policy changes.

Following the public testimony, SBEC members had a lengthy conversation about whether and when to adopt edTPA as a certification test – which would require sending it back to the State Board of Education (SBOE) a second time for its blessing – and possibilities for developing a Texas performance assessment or requiring educator preparation programs (EPPs) to use performance assessments in their curriculum, as ATPE and other stakeholders have suggested. The board will have a chance to consider formal rule changes, likely a move toward using edTPA as a certification exam with the potential for additional options, at its next meeting.

ATPE submitted written testimony on a discussion item related to updating definitions and figures related to certification exams, ATPE advocated that SBEC amend the definition of a “pilot exam” to ensure the board reviews any piloted exam on a regular basis. The previous definition of a pilot exam included a date by which SBEC was expected to review the pilot, which correlated to the timeframe of the edTPA pilot. The draft new definition eliminates the date for pilot review, and ATPE suggested an annual review of any pilot. SBEC Member Tommy Coleman supported ATPE’s recommendation by also requesting that an annual review be incorporated into the pilot exam definition. Texas Education Agency (TEA) staff seemed amenable to making the suggested change, and SBEC will have an opportunity to take a preliminary vote on the definition at its next meeting.

Additionally, ATPE submitted written testimony on a discussion-only item related to SBEC’s implementation of Senate Bill (SB) 15 passed in the second special session of 2021. SB 15 allows SBEC to propose rules to let teacher candidates complete their internship requirements in a virtual school setting. SBEC Member Courtney Boswell MacDonald said she had heard from certification candidates who were teaching in virtual schools only to realize later that their virtual teaching did not count toward their educator preparation requirements for an internship. TEA staff advised that EPPs have a responsibility to approve clinical experiences and should have been aware that an internship in a virtual setting would not fulfill requirements. The staff also cautioned that stakeholders should not assume that SBEC will take up any rulemaking that is not required by law. SBEC Member Rex Gore, who also chairs the Texas Commission on Virtual Education, urged the board to wait to consider any action until the commission submits its report to the legislature and until after the next legislative session, which begins in January. Ultimately, SBEC decided to explore research and evidence related to virtual education with the intent of waiting for the legislature’s direction and bringing an item back to SBEC for discussion in July 2023.

The board also discussed the continuation of the Educator Preparation Stakeholder Group (EPSG), formerly known as the Educator Preparation Advisory Committee (EPAC). SBEC members expressed a desire to continue with the EPSG and its current membership, but also urged TEA to explore how EPSG members could have greater ownership in the content they develop and share with SBEC. 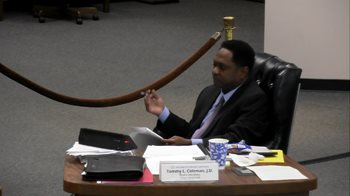 SBEC originally had four items on its consent agenda today, but Member Tommy Coleman pulled one of the items, updates the Accountability System for Educator Preparation Programs (ASEP), to discuss a concern. The updates call for excluding pilot exam scores from EPP accountability. Coleman raised the theoretical example that a small program could have all its candidates take the piloted edTPA exam and then have no data for the related indicator in the ASEP system. TEA staff indicated this is true but said the EPP theoretically would have data for the remaining indicators and still be able to receive an overall score for accountability purposes.

In other business, SBEC denied two petitions for rulemaking submitted by the public — one asking the board to establish one minimum passing score for all four sections of the Test of English as a Foreign Language (TOEFL) test, and another petition for Uganda to be added to the list of countries approved by SBEC to satisfy the English language proficiency requirement. SBEC also received an update on sanctions imposed against the state’s largest alternative certification provider, A+ Texas Teachers (also known as Texas Teachers and Teachers of Tomorrow). Another agenda item was a presentation on a new Educator Preparation Framework developed by a stakeholder committee on which ATPE serves.

Finally, SBEC approved the following 2023 meeting dates but noted that some meetings after the 2023 legislative session may be one-and-a-half-day meetings: