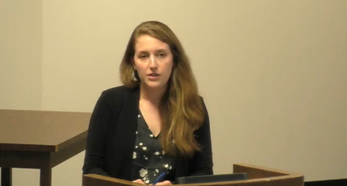 Highlights of the October 2021 SBEC meeting

The Texas State Board for Educator Certification (SBEC) met Friday, October 1, 2021, to take up an agenda covering the implementation of recent bills and various other topics. Here are highlights of the October meeting:

TEA Deputy Commissioner Kelvey Oeser delivered comments to the board that emphasized the need to accelerate student learning to make up for losses due to COVID-19 and Winter Storm Uri. She encouraged the board to focus on teacher supports, such as high-quality teacher residencies, grow-your-own models, and professional development regarding high-impact instructional strategies. Oeser emphasized that federal funding is being used to support teacher residency programs, but educator preparation programs (EPPs) are still building capacity to be able to offer such a model.

Contract abandonment. Chevalier expressed gratitude for proposed rule changes regarding contract abandonment, which occurs when an educator resigns less than 45 days before the first day of instruction. The proposed rules were shaped by a July workgroup, at which ATPE Managing Attorney Paul Tapp was an expert panelist, and recent favorable legislation, House Bill (HB) 2519 by Rep. Drew Darby (R-San Angelo). In addition to beneficial changes proposed to implement HB 2519, the proposed rule changes presented to the board by TEA staff would have expanded the “good cause” criteria for contract abandonment to include whether the educator was released from their contract with written permission from school administration or if their base pay was reduced as compared to the prior year. SBEC made a change to this latter aspect of the proposed rules (discussed below). 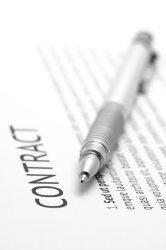 The proposed rules would also allow SBEC to apply additional mitigating factors to reduce the sanction for contract abandonment and clarify that the sanction could be reduced to none. The additional mitigating factors include a change in certificate class (e.g., a teacher who becomes a counselor) or an advancement to a higher position within the principal class of certificate. The proposal also includes factors for a change in campus assignment that adversely impacts the educator’s family needs or health condition, as well as for when an educator’s working conditions reasonably pose an immediate threat of physical harm. ATPE supports these changes.

At this stage in the rulemaking process (first reading), SBEC can make changes to proposed language. After a lengthy discussion, the board approved moving a reduction in an educator’s base pay from the criteria for good cause, treating it instead as a mitigating factor. Another motion to remove from the list of mitigating factors a change in campus assignment that causes an adverse impact on the educator’s family needs or health condition was offered but failed.

The board voted 4-3 to advance the full proposal to the next step in the process, which is public comment and final adoption at the next SBEC meeting scheduled for Dec. 10, 2021. The public comment period will run from Oct. 22 to Nov. 22, 2021. Both superintendents on the board, Dr. John Kelly of Pearland ISD and Andrew Kim of Klein ISD, voted against the measure. Citizen member Tommy Coleman also voted against the proposal after expressing strong sentiment that the reduction in base pay should have remained within good cause and that it was important for the SBEC rules to be fair to teachers.

Continuing professional education (CPE). Chevalier also provided input to SBEC on a discussion-only item regarding potential changes to CPE requirements for educators. The need for changes has been spurred by the passage of Senate Bill (SB) 1267 by Sen. Royce West (D-Dallas) during the 2021 regular legislative session, which streamlined CPE, eliminated duplicative requirements, and established a CPE Clearinghouse for districts to use as a guide.

TEA staff presented several questions to SBEC members, including whether to continue requiring training topics that SB 1267 eliminated. In her testimony, Chevalier advocated that the board follow prior SBEC practice and the intent of SB 1267 by not requiring additional training outside of the law. TEA also asked SBEC members whether they would like to require dyslexia training for all educators, even though it is only statutorily required for educators who teach students identified as having dyslexia. Chevalier advocated that dyslexia training be subsumed within SB 1267’s requirement that all educators receive training on special education.

The board indicated support for an option that will align with the intent of SB 1267 while creating a list of additional recommended training topics for educators.

Virtual observation. Finally, Chevalier provided input on a discussion-only item regarding potential rule changes in the future that would implement several bills affecting educator preparation requirements, including SB 1590 by Sen. Paul Bettencourt (R-Houston). SB 1590 allows EPPs to substitute two virtual observations for one face-to-face observation of educator certification candidates, so long as the virtual observation is “equivalent in rigor” to in-person observations. Chevalier stressed that the proposed rules do not go far enough to ensure rigor and suggested how SBEC could enhance the rule to remedy this.

his item will return to the SBEC agenda in December for further consideration, and ATPE will continue to advocate for rigor and high-quality candidate observations.

Other SBEC actions taken at the October 2021 meeting:

FINAL APPROVAL: The board gave final approval to updates to the Accountability System for Educator Preparation Programs (ASEP). These include extending the “Not-Rated: Declared State of Disaster” status to the 2020-21 school year while creating opportunities for EPPs to benefit from 2020-21 data if they improved during the pandemic. The updates also clarify how pass rates are determined for certificate categories that require multiple certification exams. The changes also implement HB 159 by Rep. Mary Gonzalez (D-Clint) to include students with disabilities in the ASEP system, which results in no real change from current practice.

In a related action, the board approved the continued operation of fifteen EPPs based on satisfactory results of their five-year review. One program, the A Career in Education alternative certification program (ACP), closed in lieu of receiving sanctions. Two other programs, the Region 12 Education Service Center Teacher Program and Alternative-South Texas Educator program, also closed. Twelve programs are still under review, as their deadline for submitting materials was too close to the October board meeting date.

PRELIMINARY APPROVAL OF PROPOSED RULES: These proposed rule changes are open for public comment from Oct. 22 to Nov. 22, 2021, and will be scheduled for final adoption at the December SBEC meeting:

DISCUSSION ONLY: The board engaged in discussion but took no votes on the following agenda items:

The board also approved the following meeting dates for next year:

Several agenda items were not discussed due to time constraints, including the certification of educators from out of the country, out of the state, and other U.S. territories, as well as a legislative update.

The next SBEC meeting is set for December 10, 2021.
Previous
Next