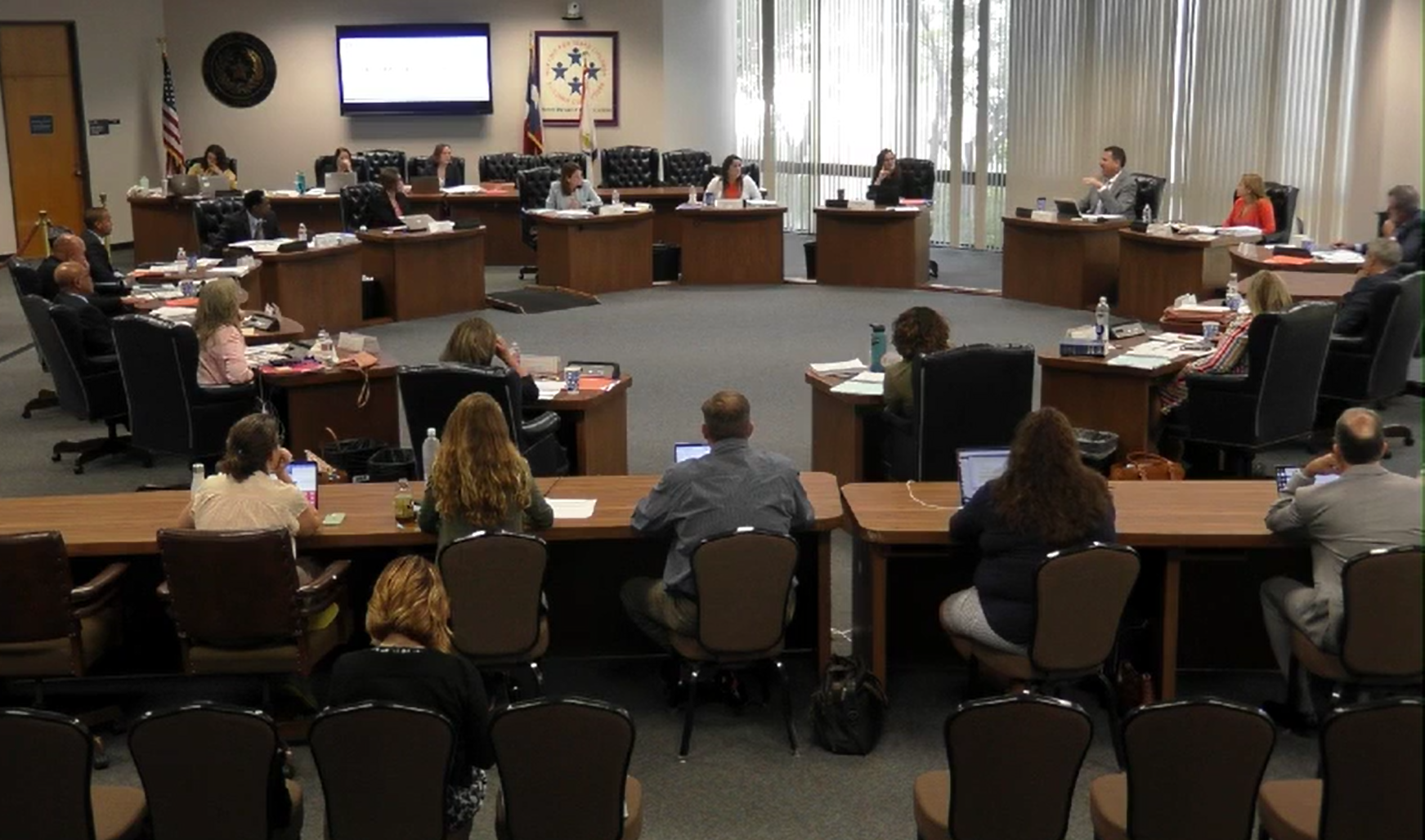 Highlights of the July 2022 SBEC meeting

Following its work session on July 21, 2022, the State Board for Educator Certification (SBEC) met to consider a relatively short but important agenda on Friday, July 22. H 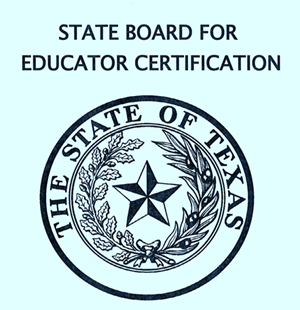 ere are some highlights:

Likely of greatest interest to most readers is the board’s approval of a stricter agreed order for the state’s largest alternative certification provider, A+ Texas Teachers (ATT), which does business as Texas Teachers of Tomorrow. The EPP was found out of compliance with numerous SBEC rules and standards when it applied for renewal of its license to operate. In April, SBEC rejected an agreed order that Texas Education Agency (TEA) staff had negotiated with ATT, because board members felt the conditions to be placed on the EPP while it remedies the violations did not meet a high enough standard. For instance, SBEC members wanted ATT to have to post on its website that its program was rated as accredited-probation and operating under an agreed order. ATPE submitted written testimony in April supporting state actions to hold ATT accountable to its candidates and the board. 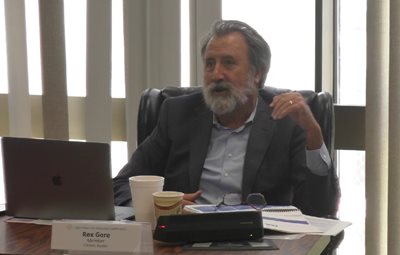 The for-profit ATT was recently sold, and SBEC spent considerable time Friday hearing from the new CEO of the program, Ignacio Giraldo. SBEC went into a closed, executive session to discuss their options with an attorney from the Attorney General’s office. When they returned, some members asked about recommending revocation, which would send the EPP into contested court proceedings through the State Office of Administrative Hearings. According to TEA staff, the case would likely last for a couple of years, which concerned SBEC members because other EPPs in Texas would need to step in and take on the thousands of candidates enrolled at ATT.

Rather than recommending revocation, SBEC ultimately accepted the result of TEA’s second round of negotiations with ATT in developing a new agreed order. The new order places conditions on ATT that raise the bar for ensuring compliance with state regulations. This includes a 90% threshold when TEA reviews ATT teacher candidate files for compliance on various requirements and an immediate website posting of the EPP’s status and the agreed order. Under the order, ATT must submit evidence that all deficiencies are corrected by October 21, 2022.

Also of interest was an agenda item that impacts SBEC’s advisory committee, formerly known as the Educator Preparation Advisory Committee (EPAC). In February 2021, SBEC approved a revised membership for the EPAC, comprising 22 professional organizations (including ATPE), five at-large EPP members, and five additional at-large members who are not associated with an EPP. Since then, an EPAC member requested that the committee be restructured to have its own chair, vice-chair, and secretary, with the ability to report directly to SBEC, rather than having EPAC’s sentiments translated through TEA staff.

TEA staff responded to the request with new information that, according to Texas Government Code §2110 on advisory committees, the current EPAC was out of compliance with the law. According to the statute, EPAC should have no more than 24 members, a balanced composition between the industry (EPPs) and its consumers (teachers, school district HR administrators, etc.), and a presiding officer who reports directly to SBEC. Due to the current noncompliance with law, the EPAC’s name was changed to the Educator Preparation Stakeholder Group (EPSG) and the board took action to strike the current EPAC definition from SBEC’s operating procedures.

Regarding the future of the committee, board members expressed concern with TEA’s suggested rule text for a new, Government Code-compliant EPAC, which would eliminate professional organizations such as ATPE from participating and limit feedback. Stakeholder involvement is of particular concern now as SBEC works to decide the future of certification testing, and restricting feedback would be in direct contradiction to State Board of Education (SBOE) Chair Keven Ellis’ (R-Lufkin) recent plea for SBEC to work with stakeholders on an alternative to edTPA. 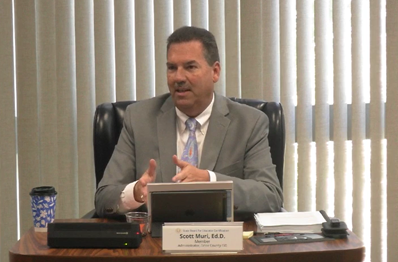 SBEC Chair and Highland Park ISD teacher Jean Streepey commented that she wouldn’t want to “uninvite” those who have been serving on the former EPAC (now EPSG), because it “could be problematic and disrespectful.” SBEC Member and Ector County ISD Superintendent Dr. Scott Muri said he didn’t want to disband a group that is useful to TEA staff as they develop policy. SBEC members noted that an informal stakeholder group would be advantageously flexible, but they want to hear from the EPSG members before deciding. TEA will gather the EPSG’s feedback in August and place a discussion item on the topic on SBEC’s agenda for the Sept. 30 meeting.

TEA staff provided updates from various divisions within the agency that relate to SBEC’s work. Over the past year, there has been an increase in educator investigations, which are likely a result of more school personnel being in school. TEA legal staff shared that contract abandonment cases are up 96% over last year, but said the increase was mostly because school districts voluntarily chose not to report educators who resigned last year during the pandemic. The overall number of cases this year “is nothing” relative to the size of the profession, said TEA Attorney Laura Moriaty. On certifications, TEA staff said there was data to suggest that those teachers who received probationary and intern certifications under Gov. Greg Abbott’s pandemic-era waivers, which relaxed testing requirements, were less likely to move on to become standard certified. Regarding accountability, in 2018-19, 63% of EPPs were rated accredited, 21% were accredited-warned, and 16% were accredited-probation. It is concerning that nearly 40% of programs were not performing well, especially without information on how many candidates were in these programs and knowing that our state’s largest program, ATT, is now on the accredited-probation list.

Additionally, SBEC adopted the following actions and rules, which will become effective later this year after SBOE approval: 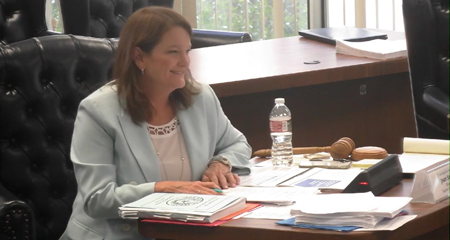 Due to the length of the meeting, the remaining agenda items were moved to the Sept. 30 meeting, including a discussion of special education certification redesign. At the end of the meeting, SBEC Member Courtney MacDonald also noted that the board had yet to implement legislation passed during the 2021 second special session, Senate Bill 15, which allows teacher candidates completing an internship to satisfy requirements of their certification programs as part of a district local remote learning program or within the Texas Virtual School Network, if they are employed in those systems as a teacher. ATPE opposed SB 15 and joined Educate Texas in expressing concerns over this particular provision of SB 15.