On Monday, July 27, Gov. Greg Abbott and the Texas Education Agency (TEA) announced that STAAR scores would not be required factors in determining fifth and eighth grade promotion next year. Additionally, students in fifth and eighth grades will only take their STAAR assessments one time, as re-takes will not be necessary. This is a welcome development for the upcoming school year, providing some relief of both educators' and parents' anxiety knowing that student scores will not be accurate indicators of learning due to the pandemic. 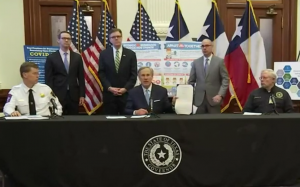 The sentiments provided by state leadership in Abbott's announcement indicate that the state has no intention at this time to fully waive standardized testing, even as calls from stakeholders and state legislators have increased over the past month to suspend this year's testing cycle. While districts are set to be rated "Not Rated: Declared State of Disaster" for the 2019-20 school year, Abbott said in his press release, "The traditional A-F rating system will remain in place, albeit with certain adjustments due to COVID-19." It is unclear what these adjustments will be.

Other states, such as Georgia and South Carolina, have already taken steps toward requesting a waiver from the U.S. Department of Education (ED) from federal standardized testing requirements. Based on the statements of Texas state leaders, who want to maintain testing for diagnostic and accountability purposes, Texas does not seem likely to make such a request from the federal government unless the legislature takes action on the matter in the 2021 session. Furthermore, Jim Blew, an assistant secretary at ED, told reporters last week that assessments provide transparency on school performance and that the department's "instinct" would be to decline testing waivers.

As previously reported here on our blog, Texas Commissioner of Education Mike Morath has touted diagnostic benefits of STAAR when asked by other elected officials about seeking another waiver of federal testing requirements. Morath also highlights the fact that TEA has already extended the online assessment windows for STAAR and STAAR Alternate 2, allowing anywhere from two- to six-week testing windows for the 2020-21 school year. These optional extensions only apply to online test administrations and have not yet been announced for the TELPAS tests. TEA has also stood up optional beginning-of-year assessments that use released STAAR questions to test prior year content.

In accordance with a resolution adopted by our 2020 House of Delegates during the recent ATPE Summit, ATPE has been urging state leaders to suspend 2020-21 STAAR and TELPAS testing requirements. Because it may be left up to state legislators to take action on this issue, it is important that they hear from their constituents who care about this issue. Visit ATPE's Advocacy Central (member login required) to share your voice with your elected officials on testing or any other education issues.