From the Texas Tribune: A handful of battleground races in Texas remain unsettled after Election Day 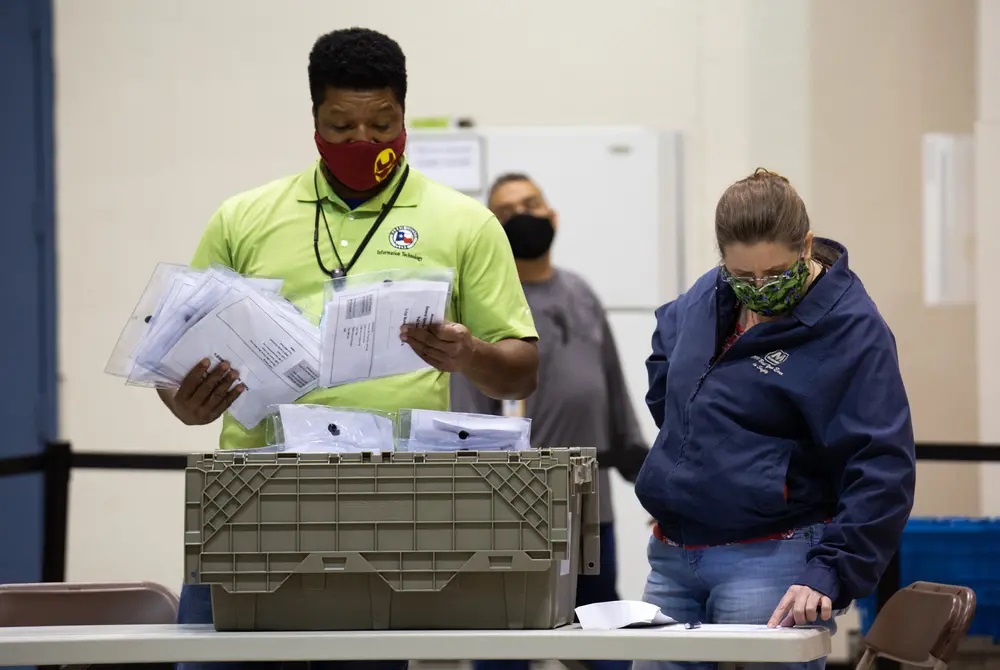 "A handful of battleground races in Texas remain unsettled days after Election Day" was first published by The Texas Tribune, a nonprofit, nonpartisan media organization that informs Texans — and engages with them — about public policy, politics, government and statewide issues.

Sign up for The Brief, our daily newsletter that keeps readers up to speed on the most essential Texas news.

A few battleground races in Texas are still not fully settled as the current runner-up holds off on conceding, waiting to see more votes get counted.

Here are contests where the candidate with fewer votes has not admitted defeat as of Monday morning:

Rosenthal, Goodwin and Van Duyne have all declared victory, while the current No. 2 finishers across the four races have declined to concede.

"Votes are still being counted," Chambers wrote Friday on Facebook. "Team Brandy wants every vote counted. We will not make any decisions until every single vote is counted."

All four races where there has not been a concession yet were hotly contested by both sides. Valenzuela and Van Duyne were competing to replace retiring U.S. Rep. Kenny Marchant, R-Coppell, in what national Democrats saw as one of their best pickup opportunities in Texas. They aimed to flip 10 GOP-held seats here and have not notched any gains.

The three state House elections all factored in to the fight for the majority, which is remaining in Republican hands. Democrats were nine seats away from the majority before Tuesday, and they fell far short of it, picking up one seat and losing another.

In at least the 24th Congressional District, the No. 1 finisher, Van Duyne, has called on the current runner-up to accept defeat. Neither Decision Desk HQ, which is powering The Texas Tribune's results, nor the Associated Press have called the race for Van Duyne.

"Once again, I will repeat, Beth Van Duyne will be the Congresswoman for Texas’ 24th District," Van Duyne's campaign manager, Donald Rickard, said in a statement Thursday. "Candace Valenzuela has no path whatsoever."

This article originally appeared in The Texas Tribune at https://www.texastribune.org/2020/11/09/texas-house-congressional-races-undecided/.

The Texas Tribune is proud to celebrate 10 years of exceptional journalism for an exceptional state.

Explore the next 10 years with us.