From The Texas Tribune: Texas' coronavirus strategy is a patchwork of different local rules 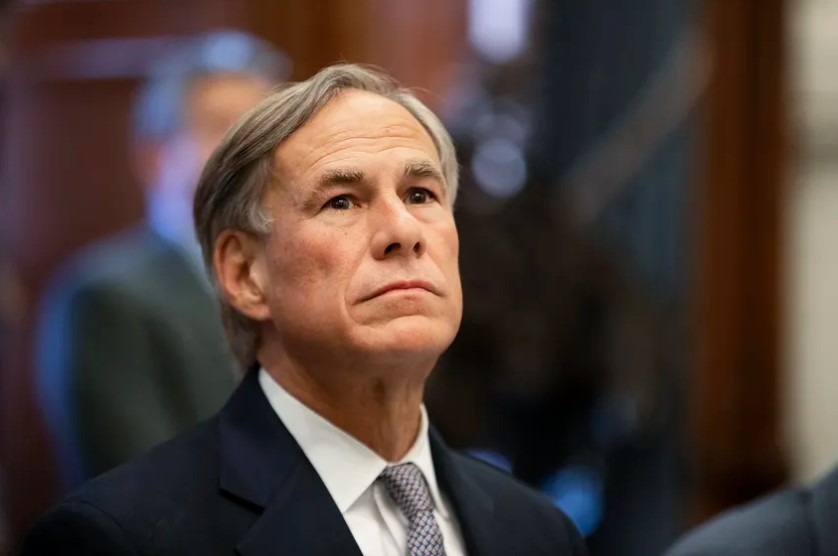 By Kiah Collier and Cassandra Pollock, The Texas Tribune March 17, 2020

As the COVID-19 pandemic worsens, states across the country are increasingly taking a more heavy-handed approach to contain the new strain of coronavirus — shuttering schools, bars and restaurants and deploying state militaries.

Nearly 30 states have mandated temporary school closures, for example, with some orders applying even to private institutions. In Texas, though, only half of school districts have ordered students to stay home after spring break.

That’s because Gov. Greg Abbott has clung so far to a mostly decentralized approach, giving cities, counties, school districts and universities the discretion to respond to the virus however they see fit. The result has been a patchwork of local policies that differ from county to county, with leaders setting various limits on public gatherings and other putting in place other regulations meant to encourage “social distancing.”

Over the weekend, Abbott said he was confident that cities will make the best decisions for their communities. And he appeared to double down on that approach Monday at a news conference in San Antonio, where he praised Mayor Ron Nirenberg for opening the state’s first drive-through testing facility and choosing to go well beyond almost every other Texas city in banning public gatherings of more than 50 people, following recent guidance from the Centers for Disease Control and Prevention.

“Those are smart strategies that will prove effective,” he said.

To be sure, Abbott has taken notable steps to combat the spread of the virus. Last week, he declared a state of disaster — as every state has — and directed state agencies to provide flexible and remote work options to employees. He restricted visitation to high-risk facilities including nursing homes, hospitals, day cares and jails. Amid panic buying, he waived regulations on the trucking industry to streamline the flow of goods to depleted grocery stores. And on Monday, amid bipartisan pressure from state lawmakers, he waived standardized testing requirements for public schools, saying it would be impossible to administer the STAAR tests as planned given the closure of more than 560 districts and charter schools beyond spring break.

Overall, though, Abbott’s cumulative actions stop short of those taken in many other states, including neighboring Arkansas, New Mexico and Louisiana, whose governors shuttered schools across the board, mobilized their militaries and implemented travel restrictions.

According to the National Governors Association, about 20 state leaders have activated their national guards and limited travel of state employees or citizens, and about 17 have passed legislation to divert state funds to the response effort. (Abbott promised Monday that federal money is on the way.) More than a dozen have also ordered restaurants and bars to close to in-house patrons — a policy various cities and counties, including Houston and Dallas, enacted Monday.

Abbott’s office, asked about the local protocols, said Monday that cities and counties “have done a very good job of doing what is right for their municipalities” and nodded to how helpful local decision-making can be in a state as large as Texas. That approach is in stark contrast to Abbott’s recent attitude toward local control. In the past few years, he has routinely sparred with mayors and backed several laws that chipped away at the power of cities and counties.

“Texas is so diverse that what is right in Houston and Harris County and Dallas and San Antonio may not be the best approach in Amarillo,” Abbott spokesman John Wittman said. “These cities and counties are following the proper protocol and guidance that they are receiving from their local health departments.”

Abbott’s push for local decision-making comes as the nation’s top infectious disease expert said the most effective way to stop spread of COVID-19 may be a 14-day nationwide shutdown.

Dr. Anthony Fauci, a member of the White House task force on combating the spread of the new coronavirus, said Sunday that “Americans should be prepared that they are going to have to hunker down significantly more than we as a country are doing.”

On Sunday, Texas Education Commissioner Mike Morath told superintendents and lawmakers that decisions on extended school closures would be left up to locals.

That means that policies may differ even among neighboring school districts.

Public-health experts said such a patchwork approach can be confusing and make it difficult to gauge the effectiveness of containment policies. They also said governors have sufficient authority to ensure such consistency during emergencies.

Leaders should be consistent not only in policy, said Bassett, who was New York City health commissioner during the Ebola and Zika outbreaks, but also in messaging, “otherwise people aren’t confident that they’re being given good advice.”

She noted that President Donald Trump has largely deferred to governors on COVID-19 response strategy.

Because the U.S. Constitution doesn’t mention health care, it’s an authority that largely resides with the states, and some have more decentralized approaches than others, said Claire Standley, a researcher with the Center for Global Health Science and Security and the Department of Microbiology and Immunology at Georgetown University.

That can be a good thing, particularly when the federal government’s response is inadequate, Standley said, noting that New York was able to expedite COVID-19 testing before federal guidelines were finalized.

But having many different response policies across a state might make it difficult to manage the crisis, too.

“I honestly think it’s more about coordination between central level and peripheral level and having that trust in place,” she said. “If people don’t trust their authorities, they’re not going to comply with regulations, which is largely what we’ve been seeing so far with a few exceptions.”

Abbott has also been in frequent contact with members of the Texas Legislature and other local officials since the spread of the virus reached a fever pitch last week. The governor’s office has organized a number of conference calls already in an attempt to get state lawmakers and local players on the same page as new information becomes available.

Many Republicans and some local officials have lauded Abbott’s decentralized strategy so far, thanking his office for his leadership approach, giving local governments the flexibility to operate as they see fit on most matters.

“I have not been one who has been bashful about criticizing Abbott in the past,” said Tarrant County Judge Glen Whitley, who has previously criticized Abbott for micromanaging county spending. “But I think he’s doing a fantastic job and giving us the flexibility to do what’s right for our areas. I don’t see any politics in this deal; I see [Abbott] really trying to tackle a difficult issue and recognizing the importance of the fact that this is a huge state.”

Meanwhile, a number of Democrats have offered muted praise for Abbott’s crisis management, though some have suggested the governor could be doing more to offer guidance for local governments.

State Rep. Erin Zwiener, a freshman Democrat from Driftwood, said she thinks clearer guidance at the state and federal levels would better position local governments to respond to the virus.

“I’ve observed confusion from my local decision makers,” Zweiner told The Texas Tribune. “I see my city councils, my city administrators, my county commissioners desperate for answers on what the right thing to do is, and they’re not getting answers; they’re getting general advice.”

Another House Democrat, state Rep. Joe Moody of El Paso, told the Tribune that the best thing leaders can do is “give to the people of Texas consistency, uniformity and predictability, because that’s not coming from any other direction.”

“To the extent we can give people some normalcy … and whoever has the most authority to do that as swiftly as possible, should do it,” Moody said. “They should do it with an understanding that no one expects them to be perfect right now, but that we expect them to act quickly so that we remain ahead of the virus.”

But Republicans said Abbott has handled the situation appropriately — and that he has rightly shifted certain responsibilities to local governments.

This article originally appeared in The Texas Tribune at https://www.texastribune.org/2020/03/17/experts-say-texas-patchwork-strategy-coronavirus-problem/.