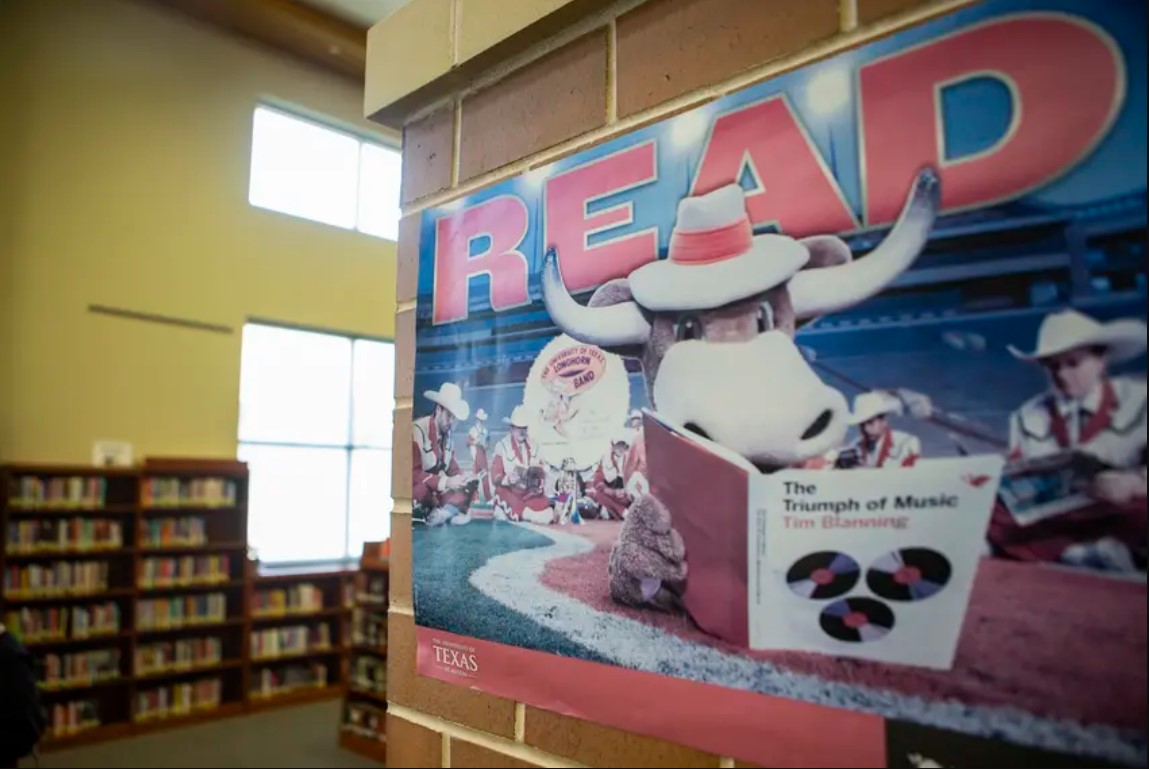 From The Texas Tribune: GOP Texas House members ask schools not to buy books from vendors that supply “pornographic” materials

By Brian Lopez, The Texas Tribune

In the latest salvo in Texas Republicans’ fight against what they portray as indoctrination and obscenity in schools, several Republican state representatives are asking Texas school district officials to pledge not to buy books from vendors that have supplied schools with what the lawmakers deem pornography.

State Rep. Jared Patterson, R-Frisco, sent a letter on Wednesday to school districts asking school officials to sign the pledge. In his letter, Patterson said children across Texas have been exposed to material such as “Gender Queer: A Memoir,” a graphic novel that has become a lightning rod both nationwide and in Texas among some parents and Republican officials.

The book, by Maia Kobabe, depicts the author’s experiences growing up and struggling to identify as gay, bisexual or asexual. It contains a few pages of explicit illustrations depicting oral sex, which have outraged some parents and state leaders.

The nonbinary author, who uses e/em/eir pronouns, told The Texas Tribune last year that students need “good, accurate, safe information about these topics” instead of “wildly having to search online” and potentially stumble across misinformation.

But some Republicans, including Gov. Greg Abbott, have called the book “pornographic.” Patterson repeated that depiction in his letter.

“Both local districts and the Legislature will be working diligently on policies to prevent such books from being allowed on campus in the future,” Patterson wrote. “However, we also acknowledge school districts have a lot [of] power in the market when purchasing books and that if we stand together against explicit materials for children, book vendors will be forced to adjust.”

The letter was signed by an additional 26 Republican lawmakers, including state Rep. Matt Krause, R-Fort Worth, who initially compiled a list of some 850 books about race and sexuality that he sent to school districts asking for information about how many are available on their campuses.

“Respectfully, I ask you to take this pledge on behalf of every Texas child in public schools who doesn't deserve to be exposed to obscene materials,” Patterson said.

Abbott cited “Gender Queer” when directing the Texas Education Agency to investigate criminal activity related to "the availability of pornography” in November and also cited the book when directing the TEA, Texas State Library and Archives Commission and State Board of Education to develop standards to block books with "overtly sexual” content in schools.

Shannon Holmes, executive director of the Association of Texas Professional Educators, said in a statement that pornography has a legal definition and not everything a person finds distasteful meets that definition.

"ATPE urges school districts to recognize the power of the elected school board to work with parents and educators to find the right balance for their local communities and avoid getting caught up in these types of politically motivated pledges,” Holmes said in a statement.

"GOP Texas House members ask schools not to buy books from vendors that supply “pornographic” materials" originally appeared in The Texas Tribune at https://www.texastribune.org/2022/03/03/texas-schools-books-republicans-pornography/. The Texas Tribune is a member-supported, nonpartisan newsroom informing and engaging Texans on state politics and policy. Learn more at texastribune.org.

The left seems more determined than the majority of parents to impose this atrocity on our children. I wonder if it''s possible to restore a solid classical academic curriculum without parents emptying our classrooms and schools losing tax $$.