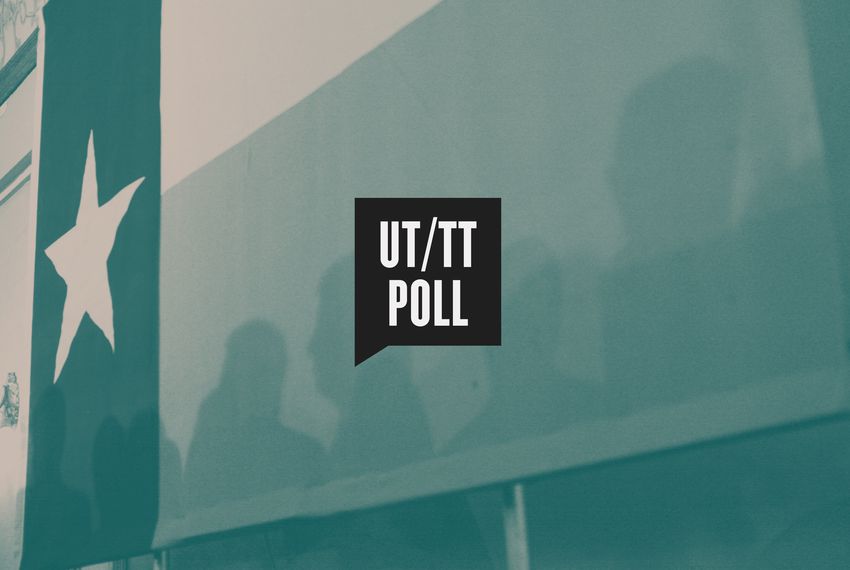 Texas voters still think that property taxes are too high and that the state spends too little on public education, according to the latest University of Texas/Texas Tribune Poll.

A majority of Texas voters said they pay too much in property taxes. Only 5% said they pay too little, and 26% said Texans pay about the right amount. Among Democrats, 45% said the property tax tab is too high; 63% of independents and 59% of Republicans said so. The “too much” number among all voters has dropped to 54%, compared with 60% in the June 2019 UT/TT Poll, but remains a majority view.

“The results are slightly more positive on property taxes, stagnant on public education,” said Joshua Blank, research director for the Texas Politics Project at the University of Texas at Austin. The overall on property taxes hasn't changed dramatically, however. “It’s an article of faith that taxes are too high,” Blank said. “It would take a pretty drastic change for that attitude to move.”

A plurality of Texans gave good grades to the quality of public education in the state. A total of 46% rated it “excellent” or “good,” while 42% rated it “not very good” or “terrible.” Praise was stronger in Republican quarters, where grades for the schools were 55% good and 34% bad. Among Democrats, the good-to-bad split was 41-47.

Most Texans, 54%, said the state government here is a good model for other states to follow, and they gave relatively positive ratings to two of the state’s top three leaders. Almost half of the voters said Gov. Greg Abbott is doing a good job in office, while 34% disapprove of the work he’s been doing. Lt. Gov. Dan Patrick won approval from 39% and disapproval from 35%, and House Speaker Dennis Bonnen was given good marks by 19% and bad ones by 27%. Bonnen, caught on tape last year plotting against some of his fellow Republicans in the House, isn’t seeking another term in the Legislature. 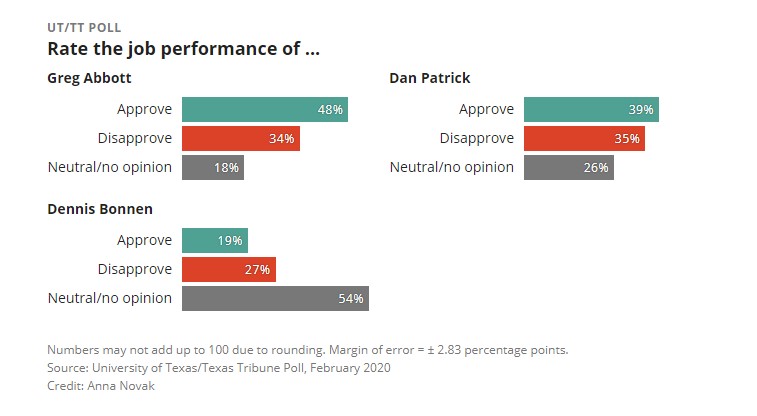 Disclosure: The University of Texas at Austin has been a financial supporter of The Texas Tribune, a nonprofit, nonpartisan news organization that is funded in part by donations from members, foundations and corporate sponsors. Financial supporters play no role in the Tribune's journalism. Find a complete list of them here.

This article originally appeared in The Texas Tribune at https://www.texastribune.org/2020/02/17/most-texans-want-lower-property-taxes-and-more-school-spending-poll-fi/.