From The Texas Tribune: How the Texas Legislature will operate next year is up in the air 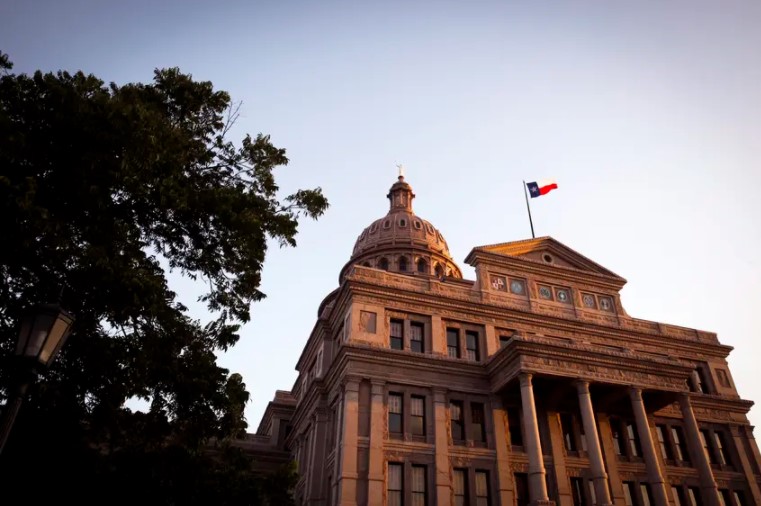 It’s unclear what typical functions at the Texas Capitol will look like in January, or whether they will even exist. Credit: Austin Price for The Texas Tribune

The Texas Legislature meets in less than 100 days. Nobody knows how the session will look.

The Texas Capitol is a bustling place when the Legislature is in session — the elevators are crowded, the hallways are packed, the committee hearing rooms are overflowing and the chamber floors are covered with state lawmakers.

But with less than 100 days until the 87th regular session and the coronavirus pandemic still upending once-regular ways of life, it’s unclear what typical functions at the Capitol will look like in January, or whether they will even exist.

That uncertainty this close to the session could have ramifications for what members say will be one of the toughest legislative sessions in recent years: tackling billions of dollars in shortfalls to the state budget, undergoing the process of redrawing the state’s political maps, and navigating issues like health care and public education that have been a focus during the pandemic.

On top of that, the Capitol has been closed to most everyone for months, prompting questions about the access that the public will have to the legislative process.

Senate and House members spearheading logistical discussions say that while much remains up in the air, the two chambers are working together to implement session rules that are consistent for both chambers. With wildly different dynamics in the 31-person Senate and the 150-person House, though, some suggest that the two chambers may not end up on the same page.

“Our primary concern is safety, transparency and public access,” said state Rep. Donna Howard, an Austin Democrat who serves as vice chair of the House Administration Committee. “There’s so much up in the air.”

State Rep. Charlie Geren, R-Fort Worth, chair of the committee, said the House is “in conversation with the lieutenant governor’s office,” but noted that “until there’s a presumed speaker, we don’t have a lot of guidance” in the lower chamber.

To Geren’s point, there’s only so much the House can do to prepare for the next session when its speaker is retiring and control of the lower chamber could flip to Democrats in November. There aren’t any declared candidates yet in the race to replace Republican House Speaker Dennis Bonnen. However, if a member collected the votes needed to win before January, they could become the presumptive speaker and informally lay the groundwork on what protocols would be in place.

On the Senate side, rumors have lingered for weeks over what Lt. Gov. Dan Patrick has told senators to expect come January. On a recent call with Senate chairs, according to several people who had knowledge of the call but weren’t authorized to speak on the record, Patrick outlined a worst-case scenario that involved limiting the legislation allowed for consideration and banning the public, press and lobbyists from entering the chamber.

A senior adviser for Patrick declined to comment for this story. And state Sen. Bryan Hughes, a Mineola Republican who chairs the Senate Administration Committee, did not respond to requests for comment.

Some decisions have already been made. Plexiglass dividers have been installed in several House committee hearing rooms, Geren said. Such barriers, he said, won’t be installed on the 150 House floor desks in the chamber after a trial run with a couple of them because they would interfere with the light used by new mobile sanitizing machines, as The Dallas Morning News first reported. House and Senate offices have also offered free webcams to offices in preparation for conducting more business virtually.

The Legislature, though, still faces a list of seemingly never-ending questions: Should temperature checks or some other form of screening be required before people enter the building? How can the House spread out 150 desks on the chamber floor — and will press and essential staff still be allowed on it? How can the public testify on legislation in committee hearing rooms, particularly on measures that generate a lot of interest?

Buoying those questions are layers of uncertainty about whether the virus will spike this winter, whether a vaccine will be available — and accessible — and, heading into the November election, whether Democrats will have control over the House, which could mean a change in leadership style to counter the GOP-controlled Legislature.

In August, Geren sent members results from a House survey over how and when the Capitol should reopen. Not every member responded, but those who answered questions about requiring temperature checks upon entering the Capitol and requiring face masks while inside committee rooms and public meeting spaces overwhelmingly supported those measures.

Howard told the Tribune that members are considering different sorts of screening protocols for how the public enters the Capitol but that no decisions have been made on what that could look like.

Since mid-March, the Capitol has been closed to the public, preventing members from holding interim committee hearings inside the building with public testimony. Those hearings are usually scheduled to help members consider or research business that could come up during the next session.

As a sort of workaround in the House, the speaker’s office released a memo in July detailing three options for how to conduct committee business while also adhering to lower-chamber rules, which do not allow for virtual hearings. Some committees have carried out interim business following that guidance.

Still, Democrats and Republicans have called on Gov. Greg Abbott, who oversees the Capitol, to reopen the building in recent weeks, arguing that if in-person fundraisers and public schools can resume, so can interim committee hearings. Such requests have gone unanswered publicly, and a spokesperson for the governor did not respond to a request for comment for this article. A spokesperson for the State Preservation Board also declined to comment.

“It certainly looks like we’re not going to have anything open before session starts,” Howard said. “We’ve really had no opportunity to have interim hearings, which has been extremely frustrating.”

State Rep. Phil King, a Weatherford Republican who chairs the House Redistricting Committee, said that “right now, we’re just locked out” — and added that it’s his “strong preference” that the Capitol reopen as soon as possible.

In the meantime, some members are already mapping out what office-specific guidelines they may issue for the 87th session. While most members say they are waiting to finalize those plans until closer to January, a number of them have already laid out protocols.

State Rep. Jon Rosenthal’s office, for example, has established a set of guidelines that staff and the lawmaker “will adhere to independent of rules and procedures the House Administration Committee provides the members for the 87th Legislative session,” according to a memo from the Houston Democrat’s office and assuming he wins reelection.

Masks will be required to enter Rosenthal’s Capitol office, which will not allow more than six people inside at a time. Rosenthal and his staff, the memo says, will also be tested for the virus “a minimum of once per week.” And interns, should they be hired, will work from home unless “dramatic changes happen” to prevent the spread of the virus.

On the other hand, state Rep. Briscoe Cain, a Republican from Deer Park and a member of the hardline conservative House Freedom Caucus, said he and his staff “absolutely will not” mandate masks — and that his “office will be open to all just as it has been since I was first elected.”

Another Republican, state Rep. Dade Phelan of Beaumont, said his office is considering limiting staff and the number of visitors allowed in the office at one time. He said his office is also thinking about trying to move meetings online, though no decisions have been made yet. Across the rotunda, state Sen. Borris Miles’ staff members said they have already installed a plexiglass shield at the front desk in the Houston Democrat’s office.

Meanwhile, a group of House Democrats including state Reps. Joe Moody of El Paso and John Turner of Dallas have spent the past several months working on a governance platform to add to the conversation about what the session should look like.

“Keep the ‘People’s House’ accessible to all who wish to safely participate,” read a line in a one-pager that was presented at the House Democratic Caucus’ recent virtual retreat. “Institute daily COVID checks for everyone entering the Texas Capitol,” reads another. Another one: “Propose penalties to discourage anyone from flouting pandemic rules.”

The pandemic has, of course, impacted other issues tied to the Legislature and its usual timeline. In addition to addressing the billions of dollars in shortfalls to the state budget and other core issues during session, state lawmakers are also set to undergo the once-in-a-decade process of redrawing the state’s political maps.

The pandemic has already halted several hearings that both the House and Senate redistricting committees had scheduled across the state during the interim. And, on top of that, King, chair of the House Redistricting Committee, said the census data that helps lawmakers draw political maps is not expected to arrive until at least June — which could put the Legislature on track to work beyond the 140-day regular session.

“I think we’re headed for a special session on redistricting regardless,” King told the Tribune.

Others agree. At a virtual event in July, the lieutenant governor said the Legislature could be in session until at least September, citing the budget and redistricting.

“I’ve told my staff and I’ve told senators,” Patrick said, “don’t plan any vacations until maybe after Sept. 30 of next year.”

"The Texas Legislature meets in less than 100 days. Nobody knows how the session will look." was first published by The Texas Tribune, a nonprofit, nonpartisan media organization that informs Texans — and engages with them — about public policy, politics, government and statewide issues.
Previous
Next