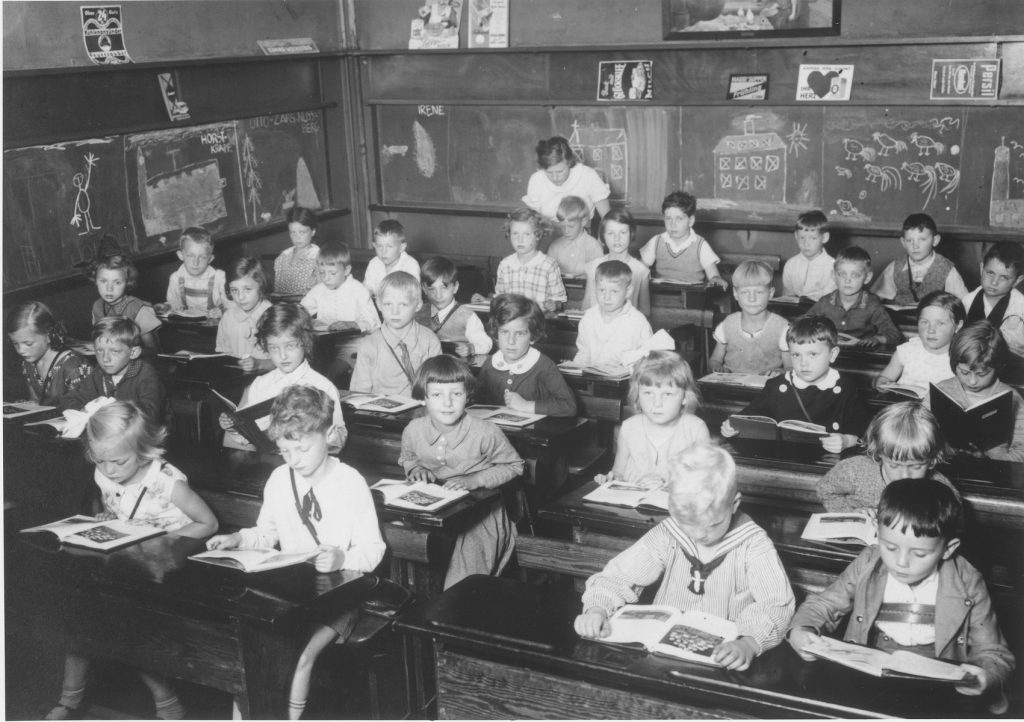 First grade pupils study in a classroom in a public school in Hamburg, Germany, June 1933. Jewish pupil Eva Rosenbaum (with the white collar) is seated in the center desk on the right. On Dec. 12, 1938, Eva left for England on the second Kindertransport. —US Holocaust Memorial Museum, courtesy of Eva Rosenbaum Abraham-Podietz. Photo sourced from the USHMM Website.

For those of us who are old enough, we may have heard stories from our grandparents or parents about the unimaginable death and sadness of the Holocaust. My grandfather was a Belgian paratrooper for the Allies and told us painful, often angry accounts of his time before and during service. I visited the United States Holocaust Memorial Museum in Washington, D.C. a couple of summers ago. While I traversed the permanent exhibit, I came across photos and descriptions of teachers who had lost their lives due to their profession, which had become politicized, and due to their commitment to their students, often taking great risks to hide children. As a former teacher, this hit home particularly hard. While we mourn the victims of this tragic time in our past, it is important that our students know the significance of the Holocaust as we say, "Never again."