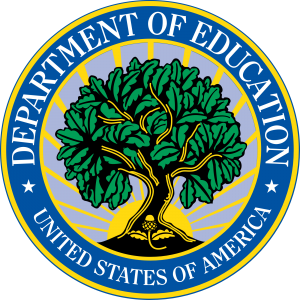 The U.S. Department of Education (ED) issued a final interim rule today to address disdain over its previous guidance directing public school districts to share an unprecedented amount of their federal emergency relief funds with private schools. As we previously reported here on Teach the Vote, after Congress passed the Coronavirus Aid, Relief, and Economic Security (CARES) Act in March, U.S. Secretary of Education Betsy DeVos interpreted language in the Act to require public school districts to use a proportional share of their federal emergency funds to provide equitable services to all students in private nonprofit (PNP) schools within their district bounds.

The new rule provides flexibility to school districts by giving them options – either spend the CARES Act funds only on Title I schools in the district and be held to normal proportional share and operating standards of equitable services under Title I; or spend CARES Act funds on all students in the district and be held to the department's controversial interpretation of equitable services that requires districts to set aside more money for private school services. Under this clarification by ED, if a school district only has Title I schools, equitable services would be business as usual. The Texas Education Agency (TEA) recently conducted webinars on how districts should implement the CARES Act, including information on equitable services, and TEA will likely share more information in the coming weeks related to this new rule.

The new interim rule will become effective immediately once it is officially published and will be much more forceful than simple guidance, so states will have no choice but to follow it. There will be a public comment period of 30 days once the rule is published, and lawsuits and injunctions against the rule are likely. ATPE has been lobbying members of the Texas congressional delegation to guard against unintended uses of the federal stimulus funds, and we will also share our input on the interim final rule with federal officials. Stay tuned for updates here on Teach the Vote.