“Hearing on Equity in Social Security: In Their Own Words” was the title of a June 15, 2021, meeting of the House Committee on Ways and Means, Subcommittee on Social Security. Committee members heard from the following five witnesses, including a retired educator from Texas:

The five speakers, each a Social Security annuitant and ordinary U.S. retiree, told their stories about what Social Security means to their everyday lives and how Social Security reform would impact them before receiving questions and commentary from members of the committee. Dr. Mary Widmier, a retired educator from Houston, Texas, focused her remarks on how the Windfall Elimination Provision (WEP) affects her and other Texas teachers and how meaningful WEP reform would be to them. 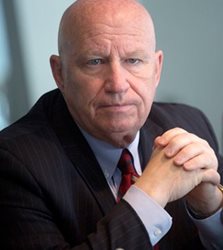 During the hearing former House Ways and Means chairman, and current ranking member, Kevin Brady (R – Texas) thanked the subcommittee for taking up WEP reform and said it is a top issue for him before he retires at the end of his current term. Brady said he is “hopeful this Congress will be the one to finally solve the WEP issue.” Brady has filed WEP reform legislation over multiple sessions of Congress. He is currently working to come to an agreement with current Ways and Means Chairman Richard Neal (D – Mass.) to be able to support the WEP reform bill Neal has filed in this Congress, which is similar to Brady’s past legislation.

Both Republican and Democratic members alike keyed in on the WEP as an area of needed reform with broad bipartisan support. Subcommittee chairman John Larson (D – Conn.) mentioned that he was looking forward to working with Neal and Brady, and he indicated that WEP reform was a priority for the Biden administration. Rep. Jody Arrington (R – Texas) mentioned the inequity formed by the WEP's “antiquated formula” causing teachers, police officers, and firefighters in Texas to lose retirement income. Arrington recalled that when Brady was chairman, he and then ranking member Neal agreed on how to fix the problem, noting that there's very little discrepancy between the previous Brady bill and the current Neal bill. Arrington encouraged his fellow members that where WEP is concerned, they “ought to take the low hanging fruit and do something positive and build on that momentum."

Archived video of the full hearing can be viewed here.
Previous
Next

We’ve been working on this for SOoo long! I truly pray this is the year that public servants are able to see the fruits of their labor. HUGE thanks to Congressman Brady and ATPE for the TIRELESS determination to not let this go!