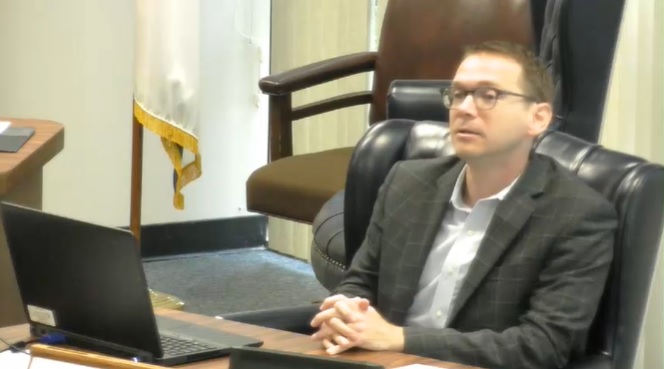 Texas Education Commissioner Mike Morath spoke to the State Board of Education, June 23, 2021.

Texas Education Commissioner Mike Morath delivered his regular update to the State Board of Education (SBOE) Wednesday, June 23, 2021, at the board’s June meeting.

Commissioner Morath began the meeting informing the board the Texas Education Agency (TEA) expects to deliver by Monday or Tuesday of next week the STAAR results from the past school year during the COVID-19 pandemic.

According to the commissioner, a preliminary look at scores confirmed fears that students experienced massive learning loss during the year of mostly virtual instruction. Morath cited an analysis of earlier data by TEA suggesting that on average, only 4% of students who are below grade level catch up in two years.

The commissioner discussed a number of bills passed during the legislative session that concluded last month, including House Bill (HB) 4545, which decoupled grade promotion from performance on the STAAR and outlined accelerated instruction options for students who fail the assessment.

HB 1525 delivered close to $18 billion in federal and state funding to support tutoring, wraparound services, and other supports, Morath told the board. Senate Bill (SB) 1356 and SB 288 combined to create a statewide tutor match program and waive the retire/rehire penalties for retirees performing tutoring services.

Responding to a question from SBOE Member Pam Little (R-Fairview) regarding reading academies, Morath pointed out that districts will have an additional year for their staff to complete reading academies as a result of SB 1525, which moved the deadline to 2023.

In explaining the stakes involved in remediating the vast learning loss experienced over the past year, Morath also praised the efforts of educators working overtime against unprecedented challenges presented by the pandemic.

“We are really blessed to have the army of angels that we have doing this work,” said Morath.

The commissioner then turned to the generation 26 applications for new charter schools. The commissioner is proposing that the board approve seven new charter school chains to open campuses in Texas. The applicants include Essence Preparatory in San Antonio, Heritage Classical Academy in Houston, The Justice Hub in Houston, Red Brick Academy in Aldine, Rocketship Public Schools in Fort Worth, S.H. James Preparatory Academy in San Antonio, and Thrive Center for Success in Magnolia, which is focused on students with autism.

The board has veto authority over new charter school chains, which are privately operated but funded by public tax dollars. Because charter schools do not have elected boards of trustees, the State Board of Education is the only elected body outside of the Legislature through which Texas taxpayers have a say in how this money is spent, yet the SBOE's authority only applies to initial charter applications.

Once a charter chain is approved to operate even a single campus, the decision whether to allow the charter to open additional campuses at taxpayers’ expense is left entirely up to the unelected commissioner of education.

According to Commissioner Morath, the number of charters in Texas has ballooned to 175 charter chains operating 795 campuses across the state, serving 6.7% of Texas students. Since 2013, TEA has closed 41 charter chains and 80 charter campuses.

During the Q&A portion of Wednesday’s meeting, Member Lawrence Allen (D-Houston) said one of his districts told him it fears losing 10% of students who won’t return because they prefer to remain virtual. Morath replied that while schools will not be funded for offering wholly virtual instruction, they are not prevented from doing so and may use federal relief funding for that purpose.

Allen also asked whether schools can require their staff to be immunized against COVID-19. Morath noted that most vaccines were still under an emergency use authorization, but he was unable to give a legal answer as to whether that would be permissible. 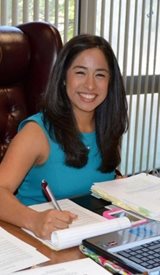 Member Marisa Perez-Diaz (D-San Antonio) told the commissioner a charter operator that the board previously vetoed had taken over a reconstituted campus in Bexar County. The commissioner stated he was unaware of this circumstance and would look into it. Morath noted that in addition to TEA, school districts are allowed to authorize in-district charters under a separate section of the law.

Cortez also asked how students of color were impacted academically by the pandemic. The commissioner responded that the overwhelming driver of academic proficiency seems to be whether a student received instruction in person compared to virtually.

Member Aicha Davis (D-Dallas) pressed the commissioner over how charters are allowed to accept students with special needs without hiring certified special education teachers. Morath responded that state and federal law both require that students in special education be taught by certified special education teachers, and there is a complaint process to report if that is not happening. Davis pushed further, questioning whether TEA is actively monitoring charters to ensure compliance with this requirement. Morath answered that he would instruct staff to research the issue.

Member Pat Hardy (R-Fort Worth) asked how the new statewide tutoring program will work, pointing out that it would be highly stressful to ask current teachers to stay after school to tutor students. Hardy also suggested tutoring should be aligned to the Texas Essential Knowledge and Skills (TEKS). Morath indicated that the agency will provide TEKS-aligned instructional materials for this purpose.

The board is scheduled to hear testimony Wednesday from the seven charter operators up for approval this week. Members will formally vote whether to approve each applicant on Friday.