On Tuesday, November 10, Representative Ken King (R - Hemphill) pre-filed House Bill (HB) 430, a bill that aims to eliminate the healthcare plans currently administered by the Teacher Retirement System (TRS) for active and retired educators in Texas. Three days later, King released a letter addressed to "all school personnel both active and retired" that seeks to explain his vision related to HB 430. 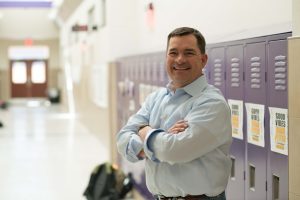 "As a legislator I cannot in good faith continue to put a cash band aid on a broken system," writes King in his letter. The representative describes the TRS healthcare programs as losing members who are opting for better coverage, which results in a smaller risk pool. King contends that this fairly small change in the size of the TRS risk pool results in higher premiums for the remaining participants. However, past information provided by TRS suggests that such fluctuations in the very large TRS risk pool are unlikely to have a dramatic impact on cost.

In his letter to the education community, Rep. King lays out the following four goals, or "broad strokes" as he puts it, that make up his plan to address active and retired teachers' health insurance needs in the future as TRS-Care and TRS-ActiveCare are phased out:

Also in his letter, Rep. King asks stakeholders to "understand that HB 430 cannot, on its own, accomplish the plan above." Taking a closer look at HB 430 as filed, that is certainly true. In fact, as it presently stands, HB 430 addresses none of the author's stated goals.

First, HB 430 would close TRS-Care and TRS-ActiveCare to new participants. The bill would move Care participants off the plan as they reach age 65, which would result in most retirees being off the plan within five to seven years. Next, HB 430 would close Care and ActiveCare to any remaining participants after 10 years, and it would disperse the excess funds. In short, HB 430 would shut down both the active and retiree healthcare plans that currently exist through TRS, and at least for now, that is all the bill would do. In other words, the bill repeals, but does not replace anything.

What about Rep King's four goals? He writes in his letter that he intends to file additional legislation that would work in concert with HB 430 to achieve those goals and his vision for reforming educator healthcare. As of our writing this post, these additional bills have not yet been filed.

As the 2021 legislative session approaches, ATPE will be monitoring and engaging in discussions about this bill and any other related legislation that is filed. We will be watching, in particular, to see if such legislation attempts to address the following challenges related to healthcare for Texas educators:

Until his follow-up legislation is filed, the jury will remain out on whether Rep. King's proposal to reform the state's system of providing health insurance for over one million active and retired educators is crazy genius or just plain crazy. Stay tuned to Teach the Vote for additional information on this and other bills that may be considered in the upcoming legislative session.