Building a culture of voting

We are approaching the end of the second week of early voting for the Nov. 5 general election. Have you voted yet? If you answered yes, thank you and congratulations! You are among an influential minority of Texans. If you answered no, you are not alone. Also, it's not too late!

Why is building a culture of voting among Texas educators such an accomplishment and challenge?

Based on years of anecdotal evidence, I have come to believe the vast majority of educators are naturally apolitical. While many educators' internal values lean toward either the conservative or progressive, the natural tendency is for most to shy away from politics and politicians. This is true even though education is one of the most regulated professions around, with local, state and federal elected officials all weighing in on almost every aspect of an educator's job. Despite an apparent natural aversion to politics, teachers have begun to vote in larger numbers over the last two election cycles. This has not been an accident, but rather the result of many people and organizations, including ATPE, encouraging educators to use their considerable voices and working to build a culture of voting.

At the outset of building a new habit or creating a personal culture change, it's important to set realistic goals. A goal, which is really just envisioning the end or a significant intermediate point at the beginning, helps us to plan back from that point to where we are today so that we know how to get to where we are going. When we fail to set goals, we don't know where we are going and can't plan for how to get there. Equally problematic, when we set up unrealistic goals we set ourselves up for failure when we either realize that it's too hard to get to where we want to go, or else we try to get there and fail.

For example, it is as unrealistic to think that deciding to engage is going to immediately change the outcome in every election. That's about as unrealistic as thinking that a decision to start dieting is going to make you look like a supermodel next week. Likewise, it is unrealistic the think that deciding to go vote means you're going to have the time or energy to become an immediate expert on every proposition or politician that is on the ballet. Start small. Set a goal to vote in every election from today through next November's general election.

While it is unrealistic to think that you are going to become an immediate expert on all things political, you are far more likely to meet your goals if you engage in some simple planning. Figure out where you can vote, and then make a plan on when you will go vote. Additionally, it's a good idea to look at, or better yet print out, a copy of the ballot for any upcoming election before you go vote. You may not have the time or desire to research every candidate or issue that is on there, but knowing ahead of time what and who is on the ballot will allow you to do some basic research on the issues and candidates you most care about. It will also give you more confidence at the polls, and therefore make you more likely to actually get yourself to the polls. It will also speed up the process once you are there.

A few easy-to-use tools to help you plan for voting include ATPE's blog posts here on Teach the Vote (like this one explaining what's on the ballot for the November 2019 election and this one profiling the candidates in Fort Bend County's HD 28 special election). We also recommend the Teach the Vote candidate and officeholder profiles and the League of Women Voters' nonpartisan Vote 411 website where you can create and print out sample ballots for your voting area.

Everyone is busy! You can set a goal and make a plan but if you don't choose to set aside the time to act, the first two steps will have been for naught. Doing things that are good for us is not often fun, and it's easy, whether intentionally or unintentionally, to choose to put other things ahead of them on our daily list of priorities. Getting involved in politics may not be your jam, but voting is important. You owe it to yourself, your students, and your fellow citizens to exercise the right and responsibility that others literally died to establish and protect so that you might have it.

Informed voting is a habit. Like any habit, the more you do it, the easier it becomes. Conversely, the more often you skip doing it, the dramatically easier it becomes to skip in the future. That's one reason why it's important to vote not just every four years, or every other year in November, but in every election.

The other reason to make a habit of voting in every election is because a LOT of important things get decided in "off year" elections, May elections, primaries, and runoffs. In the upcoming election you get to decide how to redraft the Texas Constitution! May elections often decide who will serve on your local school board (the people who get to approve your hiring and firing) and enable voters will approve bonds and tax rates that will determine how much money your school district has to spend. In Texas, 85 to 90 percent of all state legislators are chosen in a primary election, while only 10 to 15 percent have competitive races in the November general election. So again, voting in every election absolutely counts. 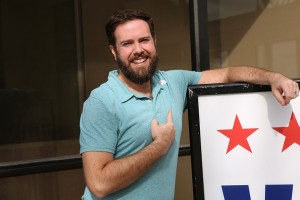 Hopefully many of you who read this blog regularly already have a personal culture of voting. I encourage you to do just a little bit more - help spread the culture of voting! Its easier than you think. Often all it takes is a willingness to be open to talking about your own commitment to voting and to encourage others on their own journey.

If you haven't voted yet, set a goal, make a plan, prioritize it, and make this election the first of every election you will vote in from now through November 2020. If you have already voted, thank you. Please share your story, proudly show off your "I voted" sticker, and encourage a friend.