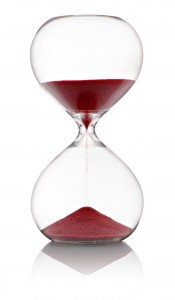 Four days remain in the regular session of the 86th Texas Legislature, and significant deadlines for bills attach to each day that passes.

On Tuesday night, the House worked actively until the midnight hour, which was the deadline for Senate bills to be passed on second reading in order to stay alive. (The deadlines for House bills to make it out of the lower chamber and be sent over to the Senate already passed earlier this month.) This week's related deadline for passing Senate bills on third reading and final passage on Wednesday night was less dramatic, with House members wrapping up their business by about 7 pm. Over on the other side of the capitol, the Senate worked late into the night last night to catch up and get a number of House bills passed on second and third reading.

Among the bills that survived this week's deadlines was the ATPE-supported Senate Bill 11, containing a number of school safety and mental health initiatives that were a top priority for the governor this session. Read more about that bill's curious journey through the legislative process here.

The deadlines hitting this week signal that the overwhelming majority of the thousands of bills filed this session are dead (for the most part), leaving only those bills that have been approved in some form by both the House and Senate. If both chambers have approved a bill in the same form, then the bill is enrolled and sent to the governor. The process is trickier for bills that get amended in different ways by the House or Senate. Each chamber will spend the next couple of days examining their bills that have come over from the other chamber with amendments and deciding what to do with them. The author of each bill can move to concur with the changes made by the other chamber, or can request the appointment of a conference committee to negotiate a final version of the bill. Friday, May 24, is the last day for House members to make such decisions.

Some of this session's most important bills, especially relating to public education and ATPE's legislative priorities, remain pending in conference committees at this point. These include the budget, a bill to increase contributions to the Teacher Retirement System (TRS), and a major school finance and reform bill that has dominated the conversations this session.

A press conference scheduled for this afternoon by the governor, lieutenant governor, and house speaker may provide insight on the progress of these conference committees.

Sunday, May 26, is the very last day that lawmakers can vote on conference committee reports, which contain the negotiated versions of those bills. The pressure is on those legislators appointed to conference committees to work out agreements between the House and Senate language of these bills. In some cases, conference committees may add entirely new language to the bill and can ask the House and Senate to approve a motion to go "outside the bounds" of the original legislation. Even for the bills that make it all the way through the legislative process, there is another waiting period in which the governor can decide whether to exercise his veto authority. June 16 is the deadline for the governor to act.

The takeaway is that we still have a few days left to wait and see what, if any, compromises are struck on major bills like House Bill 3 and Senate Bill 12. Stay tuned to our Teach the Vote blog for updates and follow us on Twitter for major developments in these final days of the session.