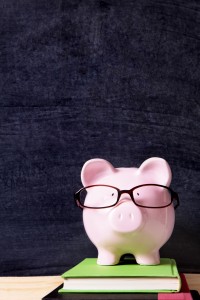 On Tuesday, March 12, 2019, the House Public Education Committee heard over 12 hours of testimony from 116 individuals on the House school finance plan, House Bill (HB) 3. Testifiers ranged from elementary school students to superintendents and teacher associations. There were 187 individuals registered, with 131 for the bill, 46 neutral (including ATPE), and 10 against. Public comment was largely positive, with concerns bubbling to the surface on the teacher merit-based-pay portion of the bill, increased inequity between property wealthy and property poor districts, and the integration of the current gifted and talented allotment into base funding.

Every testimonial began with gratitude for the many aspects of the bill that improve school funding. These include reimbursements for real costs associated with administration of SAT/ACT and certifications for career and technical education (CTE) students, a substantial increase to the basic allotment from $5,140/student to $6,030/student, new dual language and dyslexia weights, the extension of CTE funding to middle school students, increases to early childhood through the early reading allotment, and efforts to target funds to schools serving students in concentrated poverty.

The majority of testimony, including that from parents and children, focused on the bill's proposal to roll the gifted and talented (G/T) allotment into the basic allotment instead. Currently, G/T students are funded at a 0.12 weight, but district enrollment is capped at 5%. Most, if not all, districts enroll the maximum of 5% of students. Therefore, districts receive the maximum funding for G/T students. By rolling G/T funding into the basic allotment, the base level of funding is raised and all districts still get the money and are still statutorily required to provide the G/T program. Testifiers advocating for G/T expressed concern that districts would no longer implement G/T programs to fidelity without the allotment, even with the ability under HB 3 for G/T funding to be 100% stripped should a district opt not to certify that it is providing a G/T program.

The concern with the merit-based teacher pay portion of the bill was mainly voiced by teacher groups such as ATPE, the Texas- American Federation of Teachers, the Texas State Teachers Association, and the Texas Classroom Teachers Association, along with a number of teachers who took time to come to Austin to personally express similar disapproval of the inclusion of merit pay in the bill. Testifiers stated that the bill gives the Commissioner of Education (who is un-elected) too much power, assumes that data exists to evaluate all teachers in every subject area, allows for very subjective and potentially biased student surveys to be used for evaluating and ranking teachers, and does not include factors for teachers' years of experience. Several witnesses told the committee that teachers deserve an across-the-board pay raise before legislators discuss a state framework for differentiated pay, which is similar to but far more acceptable than traditional notions of merit pay. Another area of concern in HB 3, which ATPE noted in our testimony yesterday, is that the bill complicates state laws regarding the minimum salary schedule - creating a new, separate salary schedule for most teachers while keeping counselors, nurses, and librarians on the minimum salary schedule currently found in law - and would allow any school district to simply opt out of using the state's minimum salary schedule.

The concern over linking teacher pay to student performance metrics, which most see as little more than paying for STAAR scores, is especially concerning amidst ongoing reporting that STAAR has been shown to be unreliable. This spurred discussion from Rep. Ken King (R-Canadian), who repeatedly argued that the bill does not mandate the use of the STAAR test for the teacher designations and merit-pay outlined in the bill. However, a reading of the bill clearly outlines the criteria for the tests that can be used, as well as the requirement for the commissioner to use comparative state data to create forced rankings of teachers. 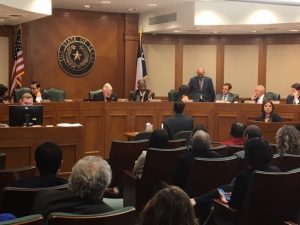 ATPE Senior Lobbyist Monty Exter testified neutrally on HB 3, echoing many of the same concerns and was able to tease out many of the push-backs from committee members. Exter expressed that although the bill has some very positive qualities in that it manages to provide at least some level of funding increase for almost all districts while also increasing funding for special populations, a nearly herculean task, aspects of HB 3 that promote merit pay tied to testing are not appropriate for stimulating educational improvement. Exter noted for the committee that ATPE members through the member written and adopted legislative program, "oppose the use of student performance, including test scores as the primary measure of a teacher’s effectiveness, as the determining factor for a teacher’s compensation or as the primary rationale for an adverse employment action." As with other witnesses testifying on behalf of teachers yesterday, ATPE's testimony included the fact that we are aware of no other common metric shared by districts across the state that the commissioner could use to rank teachers for purposes of the proposed merit pay program other than STAAR test results.

In the end, Exter implored the committee not to let the perfect be the enemy of the good, noting that the few parts of the bill educators oppose, including merit pay, are not integral to the functioning of the larger bill; if those parts of the bill were removed, Exter tstified, Texas educators could very likely enthusiastically support HB 3. Watch Exter's full exchange with the committee here beginning at the 5 hour and 24 minute mark. Exter's testimony was preceded by ATPE member and former Texas Secondary Teacher of the Year Stephanie Stoebe. ATPE State Vice president Tonja Gray also testified later in the hearing. View ATPE's written testimony on HB 3 here.

Other education stakeholders focused their testimony in yesterday's hearing more on concerns surrounding financial equity. While we won't get into the weeds about tax effort and the guaranteed yield of different tax rates (and thus, golden and copper pennies), the general sentiment expressed was that HB 3 would increase inequity between property wealthy and property poor districts over time. For much more detailed information on this issue, please see testimony provided by the Equity Center and the Center for Public Policy Priorities on HB 3.

In addition to the tax inequity aspect, small and midsize districts and their representatives argued against moving the small and midsize adjustment, which adjusts the basic allotment to a higher amount to account for diseconomies of scale, to an allotment under HB 3. In current law, the adjustment is applied to the basic allotment before additional funding weights (compensatory education, bilingual education, special education) are applied for various types of students, adding more money. Under HB 3, the adjustment would be applied to the basic allotment just like any other student weight, which advocates argue would reduce overall funding for specific student populations.

Yesterday's hearing was likely to be the only opportunity for public comment on this version of HB 3 in the House. Once HB 3 is brought up in the House Public Education Committee again, which we expect to happen next week, it will likely be in the form of a committee substitute (a changed version) and the committee is not required to take additional testimony before voting on the bill. Follow ATPE Lobbyists on Twitter @ATPE_AndreaC, @ATPE_MontyE, @ATPE_JenniferM, and @MarkWigginsTX to get up-to-date news on HB 3 as it moves through the legislative process.