The State Board of Education (SBOE) took the show on the road Wednesday, moving down the street to the Austin Convention Center to host a learning roundtable at the Texas Association of School Administrators (TASA) Midwinter Conference.

The Learning Roundtable: Building a Stronger Texas program began with opening remarks by SBOE Chair Donna Bahorich (R-Houston) laying out the board's Long-Range Plan for Public Education, which provided the foundation for the day's discussions. Member Tom Maynard (R-Florence) led off with a panel on family engagement. 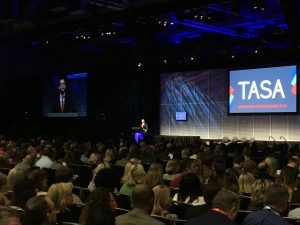 Conley Johnson noted that in order to better serve special populations such as students with disabilities, schools need better and more flexible funding. Conley Johnson also cautioned that school safety should focus on the costs of dealing with mental health and trauma, not just hard costs such as metal detectors and infrastructure hardening. 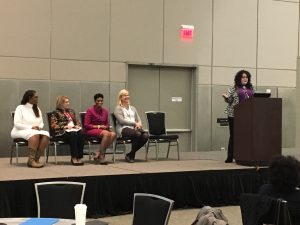 Perez encouraged TEA staff to travel to border communities to deliver updates on agency initiatives in Spanish. Perez said Texas is the only state to approve a Mexican-American Studies course for all schools across the state, and asked members for thoughts on developing culturally responsive learning environments. Perez also suggested that for each dollar invested in health care, the state sees a $7 return on its investment. Panelists discussed ideas such as building classroom libraries to encourage reading, and recounted moving stories of their reasons for falling in love with education.

Member Lawrence Allen, Jr. (D-Houston) closed out the roundtable discussion with a panel on student empowerment. The board's Long-Range Plan for Public Education was adopted at the end of 2018 after more than a year of development and stakeholder engagement. The full report can be found here.

The board will return to its usual setting on Thursday, when members will meet in committees and elect chairs. The full board will conclude its week-long meeting Friday.