ATPE and others testify on school finance commission recommendations

The overwhelming majority of testifiers expressed support for the commission's recommended increase in the spectrum weight and the dual language weight. These would help create equity by funding certain student populations at higher levels. Most witnesses also commended the commission's recommendation to fund early childhood education, but were concerned with its sustainability and with tying it to third-grade reading scores.

Among the concerns commonly expressed by stakeholders was outcomes-based funding. District leaders said they would like local flexibility in implementing merit-based, outcomes-based, or performance-based funding mechanisms for their teachers. Apprehension with outcomes-based funding derived from mistrust or lack of confidence in the current assessment system's ability to accurately capture student learning. In fact, an equal proportion of Tuesday's discussions seemed to focus on assessment as on school finance. Some leaders expressed that tying funding to tests would reinforce teaching-to-the-test, and some stakeholders suggested that base teacher pay be addressed before additional incentive mechanisms.

Stakeholders representing small and midsize districts (up to 5,000 students) also expressed concern with the commission's recommendation to move the small and midsize funding adjustment out of formula, which could alter funding to these special student populations, affecting the districts' ability to meet federal obligations for financial maintenance of effort under the Individuals with Disabilities Education Act (IDEA).

Overall, stakeholders also expressed concerns with any funding changes that were not part of the base formula, given that similar funding approaches in the past have been less reliable. An example cited was Pre-Kindergarten (Pre-K) funding under House Bill (HB) 4 of 2015, which created an optional grant program should districts decide to offer high-quality Pre-K. Another potential funding change discussed this week was the Cost of Education Index (CEI). While some testified that they were uncomfortable with the idea of the CEI being eliminated, Chairman Dan Huberty (R-Kingwood) reiterated his intent for definite removal of the CEI in any school finance overhaul this session.

While this week's testimony nearly always touched on teacher compensation, an important aspect of teaching beyond pay arose in the conversations: mentoring. A few witnesses expressed that the best first-year investment is a mentor teacher and that having mentor teachers is another way to provide extra compensation. Special education is another topic that came up during the hours of testimony, even though it was not widely broached by the commission last year other than through a discussion of funding for dyslexia. In testimony, several special education advocates suggested revamping the way special education is funded, which is currently done by placement rather than services. Chairman Huberty was favorable to the ideas presented. 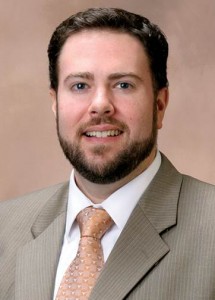 ATPE Senior Lobbyist Monty Exter, was last to testify Wednesday evening. He shared that ATPE supports the commission's recommended changes to the weights, local flexibility in spending weighted dollars, and increases to the basic allotment. He expressed concerns with outcomes-based funding and suggested an adequate base increase for teachers and others on the education team first. Exter also offered that inputs should be incentivized as well, in a similar way to how high-quality Pre-K was incentivized through the HB 4 grant program. Lastly, Exter testified that teacher quality is related to educator preparation, another topic that cannot be forgotten when discussing increasing teacher effectiveness.