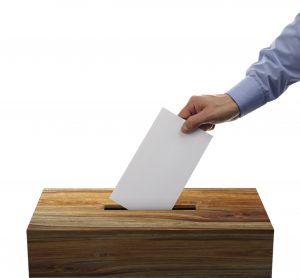 Monday marked the deadline for candidates to file for a place on the ballot in 2020. We should technically know at this point who will be on the ballot for the March party primaries, however information from some counties has been somewhat slow to surface. As information trickles in, we should have a pretty clear idea of who is running by the end of the week.

What we know so far is that at least nine Republicans in the Texas House of Representatives will face primary opponents, as well as 17 House Democrats. State Sens. Eddie Lucio (D-Brownsville) and Borris Miles (D-Houston) also face primary challengers. Stay tuned to TeachTheVote.org as we begin to roll out candidate information ahead of the upcoming March 3 primaries.

It was also reported this week that state Rep. Mike Lang (R-Granbury) filed for the position of Hood County commissioner, which means he will not stand for reelection to the Texas House after all. The filing period for candidates in HD 60 will also reopen for one week as a result.

As we enter the thick of the holiday season, our partners at the Texas Educators Vote coalition urge you to give the gift of voting. In addition to being the single most impactful way to exercise your voice, did you know that studies show voting is good for your health? You can give the gift of voting this holiday season by taking a few minutes to make sure your friends and family are registered to vote. If they're not, visit TexasEducatorsVote.com for handy information about how to register. 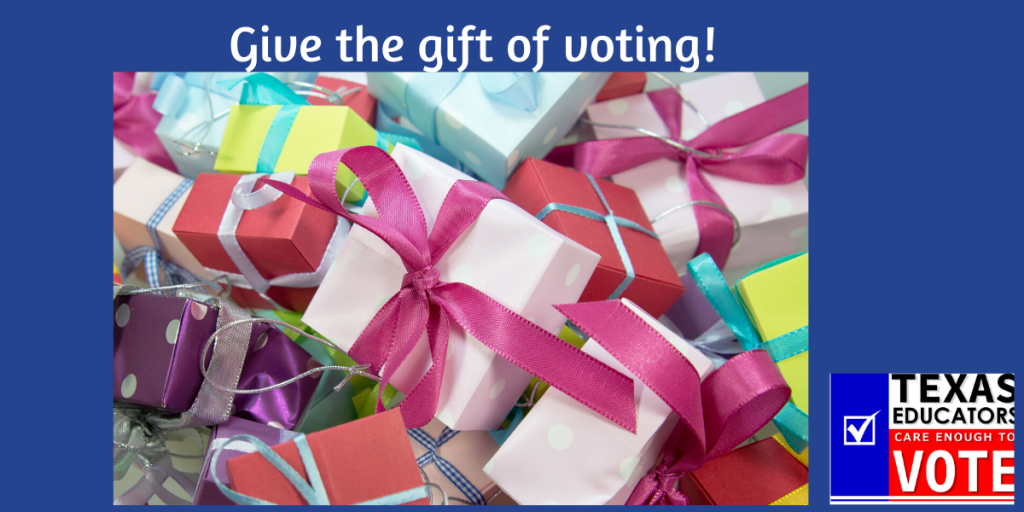 Make a Plan to Vote!

Election Day is just around the corner, and Texas’ voter registration deadline is just over two weeks away.